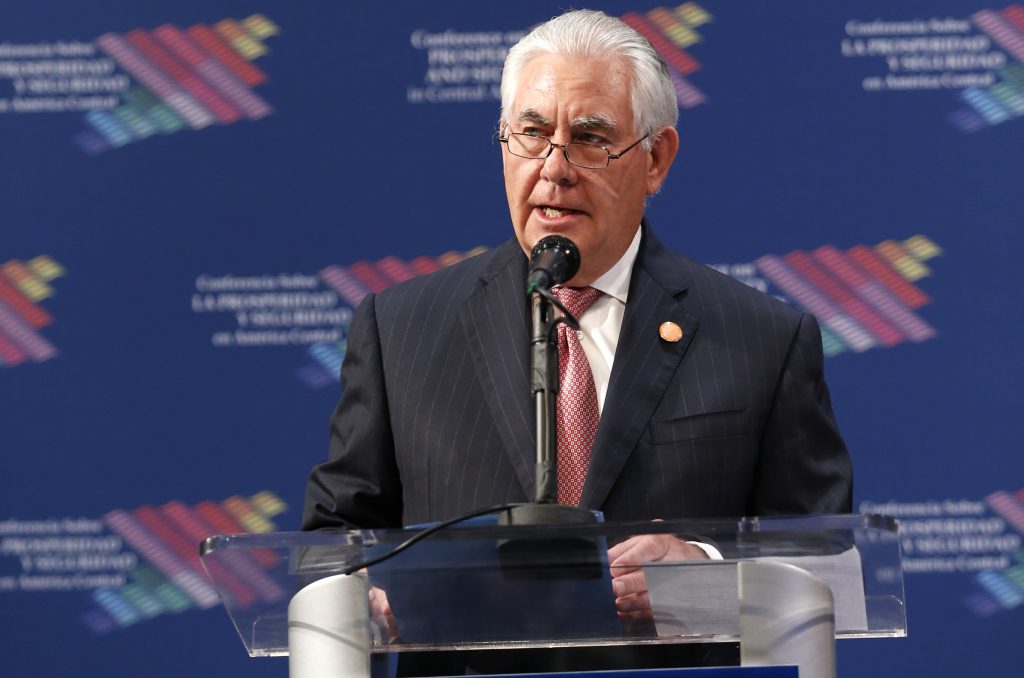 Efforts to end a two-week-old crisis in the Persian Gulf shifted to the U.S., as Secretary of State Rex Tillerson canceled a trip to Mexico to try to end a Saudi-led coalition’s isolation of Qatar.

The foreign minister of the United Arab Emirates, which is part of the coalition, affirmed a need for a strong Western role in resolving the dispute, telling the Guardian newspaper in the U.K. that any agreement would have to be overseen by “Western allies.”

Kuwait and Turkey have been trying to mediate the dispute, which erupted over Qatar’s ties to Iran and Islamist groups, but their attempts stalled as Qatar awaited a list of demands from Saudi Arabia and the U.A.E. Tillerson’s role in trying to broker a deal emerged over the weekend when the State Department said he would skip a meeting of the Organization of American States in Cancun Monday to focus on the Gulf dispute.

Tillerson assumes the role of Gulf mediator after having forged ties with regional leaders during his years as CEO of Exxon Mobil. Shortly after Saudi Arabia, the U.A.E., Bahrain and Egypt severed diplomatic, transport and trade links, President Donald Trump offered to have him try to broker a solution.

Tillerson met with top officials from Qatar, Saudi Arabia and the U.A.E. in recent days. Qatar denies the coalition’s allegations that it supports terrorist groups and Iran, and has accused Saudi Arabia of seeking to dominate smaller states in the energy-rich region.

The U.A.E. foreign minister, Anwar Gargash, said an agreement would require Qatar to stop supporting Islamist groups such as the Muslim Brotherhood, Hamas and al-Qaida — a charge it denies.

“There is zero trust, but we need a monitoring system and we need our Western friends to play a role in this,” Gargash told The Guardian.

The controversy in the Gulf puts the U.S. in a difficult position because it is allied with nations on both sides of the dispute. Moreover, Qatar hosts the regional headquarters of the U.S. Central Command, which includes an air base the Pentagon depends on to target Islamic State.

Tillerson’s efforts have been hindered by mixed messages from the Trump administration. He first called on Saudi Arabia to ease what he called “the blockade” June 9, only to have Trump, at a White House news conference hours later, say the action had been the right one.

“The nation of Qatar, unfortunately, has historically been a funder of terrorism at a very high level,” Trump said in a speech at the White House. “We ask Qatar, and other nations in the region to do more and do it faster.”

The Trump administration’s position was clouded further when the Defense Department announced that Qatar would sign a $12 billion deal to buy as many as 36 F-15 jets from the U.S.