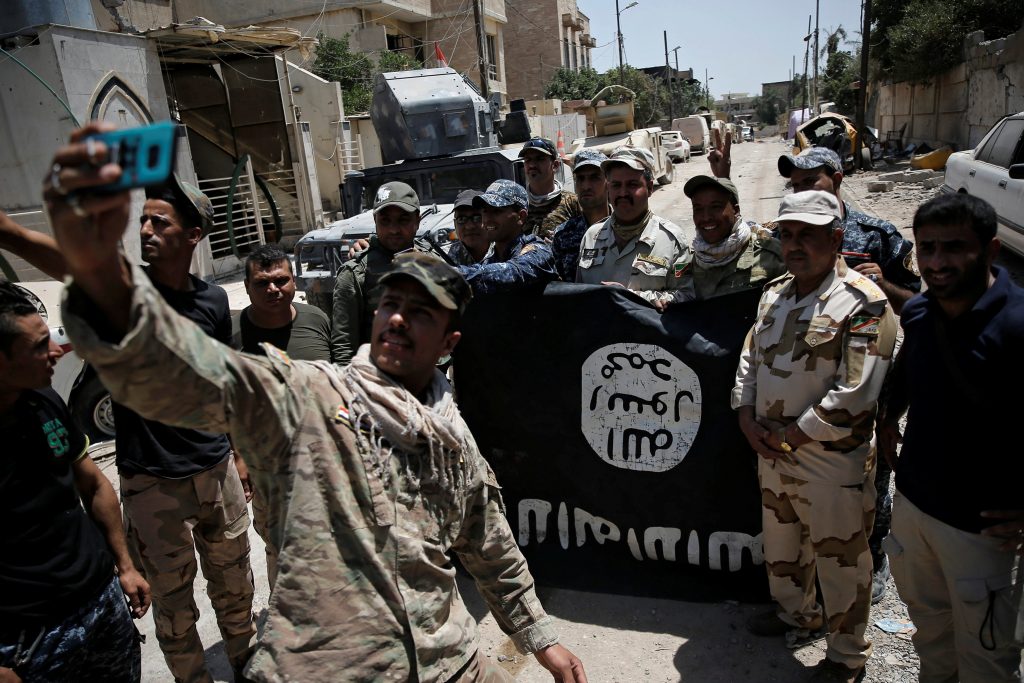 The historic district is the last one still under control of the terrorist group in the city which used to be their capital in Iraq.

It is a densely-populated maze of narrow alleyways where fighting is often done house by house.

About 100,000 civilians remain trapped there in harrowing conditions, with little food, water and medicine and limited access to hospitals, according to the United Nations. “This is the last chapter” in the offensive to take Mosul, said Lieutenant General Abdul Ghani al-Asadi, the commander of the Counter Terrorism Service (CTS) elite units.

The U.S.-backed Iraqi offensive to capture Mosul entered its ninth month on Saturday. Islamic State snipers are shooting at families trying to flee on foot or by boat across the Tigris River, as part of a tactic to keep civilians as human shields, the U.N. said on Friday.

Iraqi government forces regained eastern Mosul in January, then a month later began the offensive on the western side that includes the Old City.

The fall of Mosul would, in effect, mark the end of the Iraqi half of the “caliphate” that Islamic State leader Abu Bakr al-Baghdadi declared in a speech from a mosque in the Old City three years ago, covering parts of Iraq and Syria.