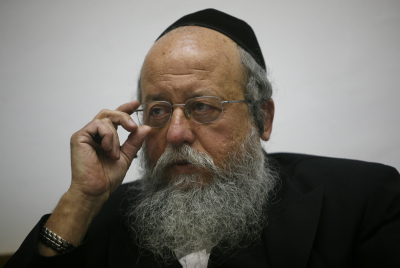 Over the past year, the government has authorized construction of nearly 30,000 homes that will benefit from some form of government assistance, with homes to be built for all groups – except one, said United Torah Judaism chairman MK Rabbi Menachem Eliezer Mozes. Speaking at a Knesset discussion on housing this week, MK Rabbi Mozes pointed out the large numbers of homes to be built, including 12,000 in Petach Tikvah, 7,000 in Umm el-Faham, and 3,000 in Kiryat Ekron – none of which are areas chareidim traditionally live in.

The apartments being built are clearly not meant for the chareidi public, MK Rabbi Mozes said. “I have seen the plans for these homes and they are high-rises,” which will make it impossible for people to leave their homes on Shabbos, “and they do not have sukkah porches. How long will chareidim be discriminated against in housing?”

The same goes for the new plan to sell 15,000 Price Resident program homes announced Wednesday. In a statement, MK Rabbi Mozes said that the plan was a continuation of the same trends he decried in the Knesset. “These apartments are being sold in areas that chareidim do not live in. Despite our ongoing demands that the chareidi public be taken into account in the Price Resident program, the great lottery planned for Motzoei Shabbos is clearly for the secular public alone. This is a continuation of the government dismissing and ignoring our community’s basic needs,” the statement said.

The Price Resident lottery to take place Motzoei Shabbos will give some 45,000 applicants of the Price Resident program the opportunity to buy an apartment for a discount price. Fifteen thousand new apartments will be offered in areas mostly in central Israel and in high-demand neighborhoods, including in Rishon LeTzion, Rosh Ha’ayin, Herzliya, Beit Shemesh, Be’er Sheva and many more.

The general response of the government to criticism by chareidi MKs on housing policy is to point out the projects and programs that are specifically geared to chareidim, but MK Rabbi Mozes said he has had enough of those programs. “They continue to try and sell us on all sorts of untenable projects, like Kassif in the middle of Bedouin ‘territory’ in the Negev, far away from our communities.”

Besides that, MK Rabbi Mozes added, he saw the Price Resident program as a “bluff. Even those who win the lotteries and are given an opportunity to buy an apartment are disappointed, unless they are already wealthy. The banks, as directed by the Bank of Israel, have made it much harder to get a mortgage, and many buyers cannot handle the repayment conditions. The Bank of Israel takes care of the banks, the Finance Ministry takes care of the state, but who will take care of the 2 million people who cannot pay their bills as it is? Who will provide them with housing?”