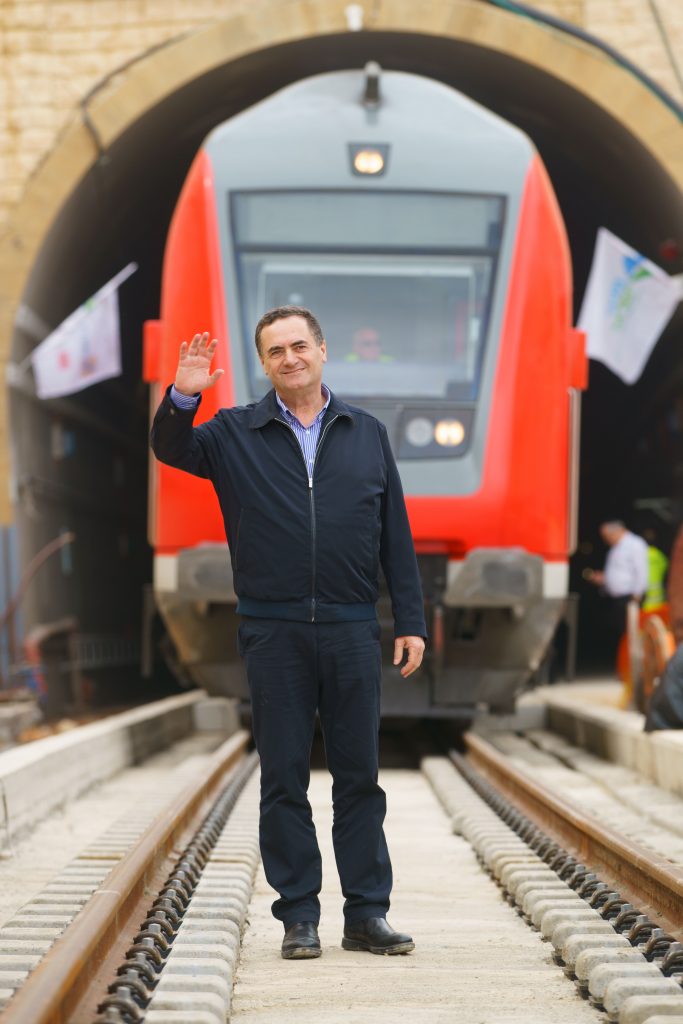 The Israel Railways strategic plan to the year 2040 calls for an expansion of infrastructure that will include more tracks, faster trains, more stations, and more than doubling its share of public transportation throughout the country, Globes reported on Thursday.

The 123.6 billion shekel plan was presented by Israel Railways VP for infrastructure development Reuven Kogan to the Railways’ development division before being submitted for review by Transportation Minister Yisrael Katz and a final decision on it by the Cabinet. A joint panel of Israel Railways and the Ministries of Finance and Transport formulated the plan.

The plan aims to increase the railway’s share of overall public transportation from 3 percent to 8 percent in 2040 by raising the annual number of journeys from 59.6 million to 306 million.

The planners see speed as a key to success. They envision express trains running at as much as 155 mph, improving connections between Israel’s major cities. To accommodate the expanded operations, the network will increase the number of stations from 68 to 120; and the total length of track from 764 miles to 1,598 miles in 2040.

In order to achieve this, the number of railway stations will be increased from 68 to 120, and the length of track will grow from the current 764 miles to 1,598 miles. New tracks will be laid parallel to the existing ones along the coast from Haifa to Netanya, Tel Aviv, Ashdod and Ashkelon. The route from Tel Aviv to Yerushalayim will also be expanded; and stations are to be added in Elad, Shefayim, Tira and Gan Raveh. A route to Kiryat Shemona is also on the drawing boards, Katz added.

For travelers there is the promise of shorter waiting and journey times. During peak hours, the average waiting time for a train from 12 minutes in 2020 to three minutes in 2040.