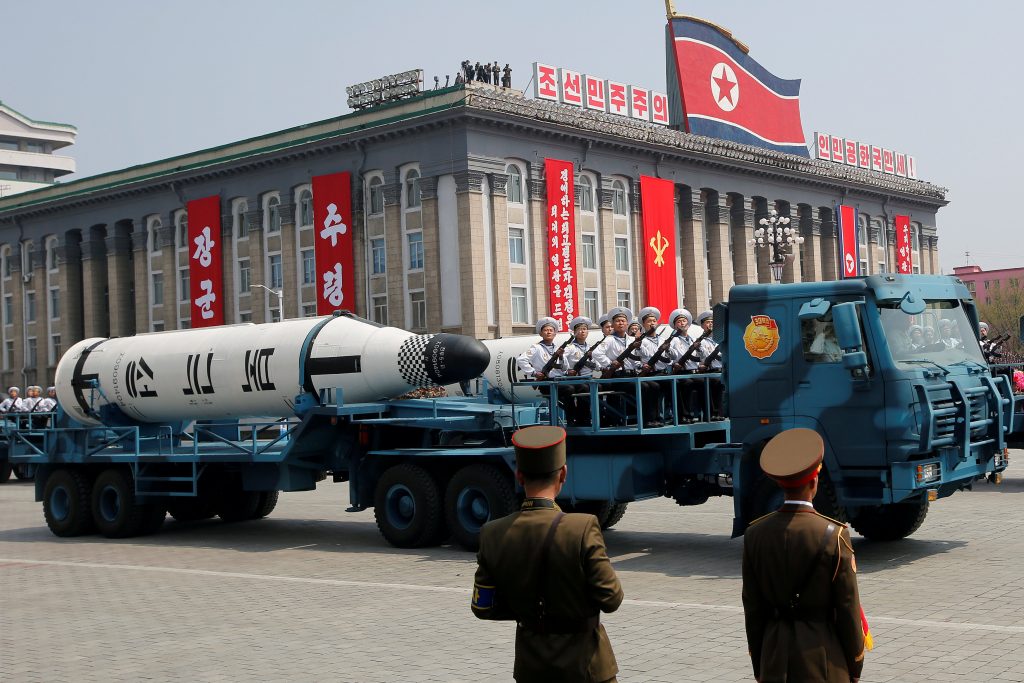 North Korea fired what appeared to be multiple land-to-ship missiles off its east coast on Thursday, South Korea’s military said, the latest in a fast-paced series of missile tests defying world pressure and threats of more sanctions.

The launches comes less than a week after the United Nations Security Council passed fresh sanctions on the reclusive state, which said it would continue to pursue its nuclear and weapons program without delay.

The projectiles were launched Thursday morning from the North Korean coastal city of Wonsan, South Korea’s Office of Joint Chiefs of Staff said in a statement.

South Korean President Moon-Jae-in has been briefed on the latest launch, the military said, declining to give further details.

Thursday’s launch is the fourth missile test by the North since Moon took office on May 10 pledging to engage in dialogue with Pyongyang.

Under third-generation leader Kim Jong Un, North Korea has been conducting such tests at an unprecedented pace in an effort to develop an intercontinental ballistic missile (ICBM) capable of hitting the mainland United States.