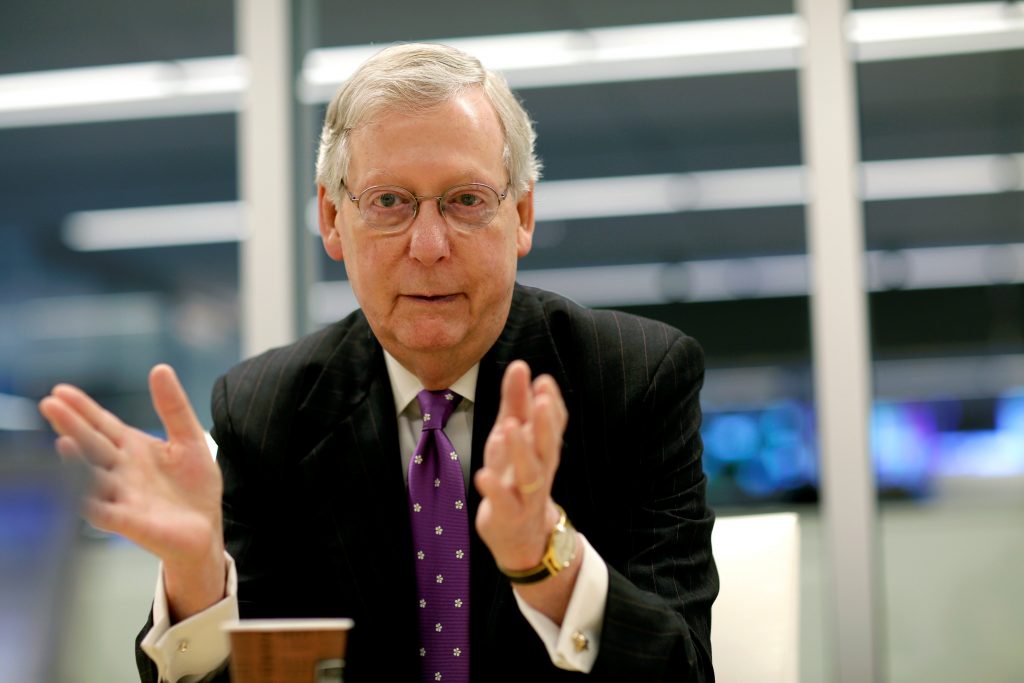 Senate Majority Leader Mitch McConnell is proposing to keep in place Obamacare’s protection against higher health-insurance premiums for people with pre-existing conditions when they buy individual coverage, said a Republican aide familiar with the recommendation.

The idea was discussed in a closed-door Senate GOP meeting Tuesday, said the aide, who spoke on condition of anonymity. Republicans in the chamber are working to craft a more modest health-care bill than a House measure that nonpartisan analysts said would cause premiums to skyrocket for many older, poorer and sicker Americans and result in 23 million fewer people with coverage over a decade.

The House bill, passed May 4 on a narrow 217-213 vote, would let states allow insurers to charge higher premiums to people with pre-existing conditions and a gap in coverage as long as the state provides help — such as a high-risk pool — for people priced out of commercial insurance. The House measure is H.R. 1628.

Obamacare’s protection for those with pre-existing conditions has broad public support and was one of the few ideas with bipartisan backing when the Affordable Care Act was moving through Congress in 2009 and 2010.

One Republican considered a pivotal vote in the Senate debate, Bill Cassidy of Louisiana, said he found the ideas put forward by leadership Tuesday to be “very cognizant of pre-existing conditions,” and that he was reassured that Republicans might produce a broad bill he could support.

“I’m very encouraged,” Cassidy said. “Of course, it’s not everything I want, but that’s life.”

Senate Republicans are struggling for consensus as they seek to keep the party’s campaign promise to repeal and replace Obamacare. There is no Democratic support for the effort, and Republicans — who hold a narrow 52-48 majority — seek to use expedited procedures to pass a health plan with as few as 50 votes, plus a tie-breaker from Vice President Mike Pence. That would bypass the usual 60-vote threshold and keep Democrats from blocking the measure.

McConnell said Tuesday that Republicans are nearing introduction of their health plan, but he gave no details and some members, including Finance Committee Chairman Orrin Hatch of Utah, said they’re not expecting action on a bill anytime soon.

“We’re getting closer to having a proposal that we’ll be bringing up in the near future,” McConnell of Kentucky told reporters after the closed-door Senate GOP luncheon. “We’ve had seven years to talk about health care,” he said. “We believe we can do better than the status quo.”

About half a dozen Senate Republicans have expressed doubt that the chamber will act on a health bill in 2017. Sen. Lindsey Graham of South Carolina said Tuesday that he’s concerned there won’t be enough support in the GOP.

“We need to bring this to an end and move to taxes,” Graham told reporters.