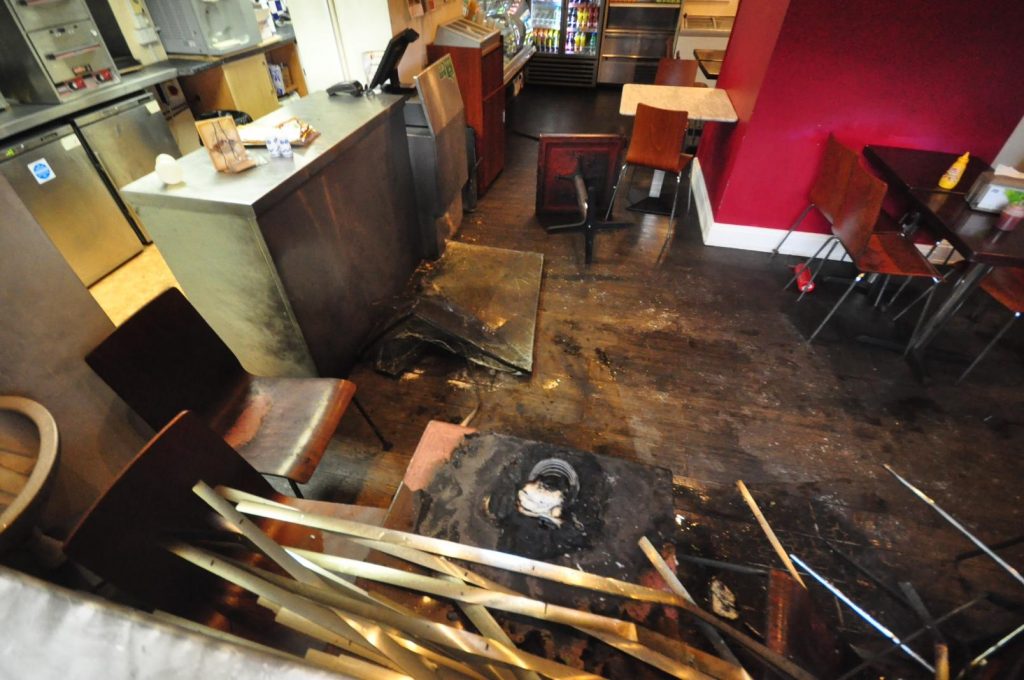 Two kosher restaurants in Manchester have been targeted by arsonists within the past week. The Manchester police believe that the attacks are linked and are treating them as anti-Semitic hate crimes. Baruch Hashem, nobody was hurt and no major damage occurred.

The first attack occurred shortly before midnight Friday night, when two people threw a milk carton full of gasoline together with a lit rag at Taam Restaurant. The device did not light, and the attackers then threw a large stone and smashed the front window.

Early Tuesday morning, the JS Restaurant was targeted: The arsonists forced open a window and set fire to an accelerant that they had poured inside. Firefighters were able to extinguished the blaze before there was serious damage.

Detective Chief Inspector Charlotte Cadden of Greater Manchester Police’s Bury Borough said: “Thankfully no-one was injured in either attack, but we are treating these as anti-Semitic hate crimes. This is clearly very worrying for businesses and people living in the area and I want to offer you my assurances that we have increased patrols in the area and have a team investigating these linked crimes.”
Cadden is asking anyone with information to share it with police.

Amanda Bomsztyk, Northern Regional Director of Community Security Trust, an organization that monitors anti-Semitism and arranges security for Jewish institutions, thanked the police and fire departments for their response to the incidents, and said, “We ask our community to be calm, vigilant and to report suspicious, criminal or anti-Semitic behavior to Greater Manchester Police and  and Community Security Trust.”