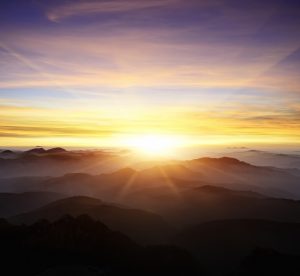 “They’re not just fleeting celebrations,” Harav Yaakov Weinberg, zt”l, once said about the Yamim Tovim, “but an opportunity to acquire something that stays with you.” There’s no doubt about it: Yom Tov is great. In our davening we express gratitude to Hashem for giving us set times throughout the year for happiness and rejoicing. There’s often a nagging feeling, though, of “What did I get out of this Yom Tov?” A feeling of “Am I taking anything concrete away with me?” We don’t want to just have a good time, go on with life, and forget about it.

Harav Chizkiyahu Mishkovsky, a senior Mashgiach and popular speaker in Israel, mentioned — at Orchos Yosher’s magnificent, pre-Shavuos “Yom Beit Hamidrash” in Kibbutz Chafetz Chaim — that someone once came to Hagaon Harav Aharon Leib Steinman, shlita, to ask him a question: “How does one prepare for Shavuos?” “What’s the problem?” Rav Steinman responded. “Just buy a few cheesecakes and you’re ready for Shavuos.” The petitioner pressed on, though, insisting he wanted a serious answer. “I really don’t know what it is you’re looking for,” Rav Steinman told him. “Hashem wants to give us a gift. We just need to be a fitting vessel to receive it. Guard your mouth, guard your eyes, and have good middos.”

Shavuos is not really about Hashem demanding something from us. On the contrary, it is a Yom Tov which is all about Hashem’s powerful desire, k’vayachol, to give to us. To give to us that which is more precious than anything else in the entire universe. To give to us that which preceded the entire universe and served as its blueprint. And this idea, it would seem, is not a novel theory that was propounded by Rav Steinman, but jumps right off the page of the Gemara: “Says Rabbi Elazar, all are in agreement that on Shavuos it is mandatory to have a festive meal because it is the day on which the Torah was given… On Shavuos, Rav Yosef would request of his family that the finest cut of meat be prepared for the festive meal. He would say, ‘If not for this day that brought it all about, there would be no difference between me and all the other Yosefs in the marketplace.’ Rav Sheishes would review all of his Torah knowledge every 30 days, at which point he would lean on the door and exclaim, ‘Rejoice my soul, rejoice my soul! For you I have mastered Tanach! For you I have mastered Mishnah!’” (Pesachim 68b). Clearly, Shavuos is primarily about rejoicing in what we have. We have the Torah, and that exalts us over all others.

Connecting to this intrinsic sense of joy allows the day’s powerful impact to make its mark. Someone I know heard a vignette about my Rebbi, Harav Moshe Twersky, Hy”d, that I recently circulated in a weekly email of his divrei Torah, the results of which were astounding. “Learning through a chiddush of Reb Chaim Brisker together with my sons on Shavuos night,” Rav Twersky once remarked, “is my personal Maamad Har Sinai.” It was a fixture. Every year, a chief component of Rav Twersky’s Shavuos night learning was going through a chiddush of Reb Chaim Brisker with his progeny.

Well, the aforementioned individual decided that he’d like to give that a try. He and his chavrusa spent close to two hours laboring through a piece in Chiddushei Rabbeinu Chaim HaLevi, and, in his words, “It was the first time in many, many years that I actually felt a geshmak [sweetness, pleasurable experience] on Shavuos night. And what a geshmak it was!” So much so, that it created a momentum for this individual to make major improvements in his regular learning throughout the year. “It doesn’t feel like a ‘kabbalah’ [resolution] at all,” he shared. “It happened organically. I just feel like I want and need more Torah in my life. As though Shavuos somehow inspired me to do this without my really trying to ‘make myself inspired.’ I’m excited about it.”

Tapping into the joy of the day is what, at the end of the day, carries the day. Each person can find what for them does that best. And if you feel like you didn’t experience a high on Shavuos, try to capture it retroactively — even in something as “mundane” as an incredible piece of cheesecake that you found absolutely tantalizing — because Chazal tell us that, really, there’s nothing mundane about it. Whether you were consciously aware of it at that moment or not, by eating that delectable piece of cheesecake — and thoroughly enjoying every bite of it — you were expressing the fact that “I am so happy to be a Jew who is part of the Torah nation of Hashem, and that’s why I am celebrating with this delicious food!”

Capture your point of joy in the day, and allow the powerful gift of Shavuos to carry you forward.