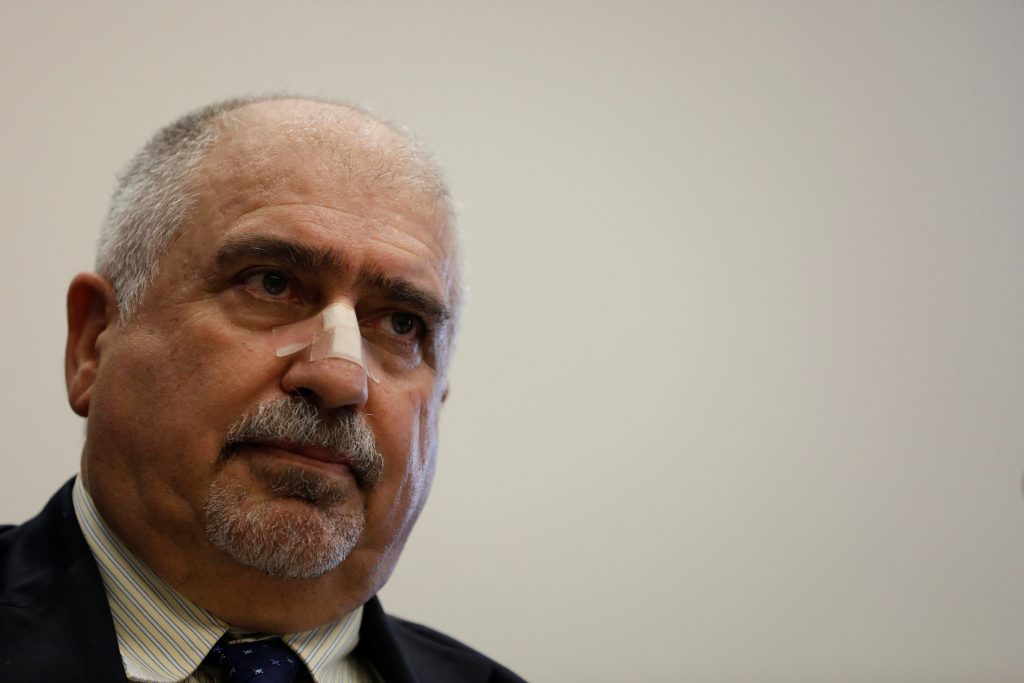 House Republicans and Democrats are set to unleash a wave of bipartisan fury against Turkey over violence against peaceful protesters carried out by bodyguards traveling with the country’s president.

Lawmakers are expected to approve overwhelmingly a resolution that calls for members of Pres. Recep Tayyip Erdogan’s security detail who were involved in the incident to be brought to justice. The vote is slated for Tuesday evening.

The resolution is backed by House Majority Leader Kevin McCarthy of California and Minority Leader Steny Hoyer of Maryland. The strong support for the measure reflects lingering anger on Capitol Hill over the attacks last month on demonstrators outside the Turkish ambassador’s residence in Washington.

House Speaker Paul Ryan, R-Wis., had demanded that Erdogan and other Turkish leaders condemn and apologize for the “brutal behavior against innocent civilians exercising their First Amendment rights.”

Pressure also has been mounting on the Trump administration not to let the violence on U.S. soil go unpunished. A bipartisan group of senators also had urged Secretary of State Rex Tillerson to order the Turkish government to waive any claims to immunity for the bodyguards.

If the Turkish government won’t agree, Tillerson should revoke the diplomatic credentials of Serdar Kilic, Turkey’s ambassador, and rescind visas for other unspecified Turkish government officials, according to the lawmakers, led by Sen. Claire McCaskill, D-Mo.

But Turkey pushed back, taking offense at the mounting criticism.

Erdogan’s government summoned the U.S. ambassador in Ankara in May to protest what it called “aggressive and unprofessional actions” by American security personnel against Turkish bodyguards during the incident. Turkey didn’t specify who the personnel were or what actions it deemed inappropriate, but video from the scene had showed Washington Metropolitan police struggling to protect the protesters.

The Trump administration released two members of Erdogan’s detail after holding them briefly following the clash. While the State Department pledged an investigation, the guards returned to Turkey with Erdogan.

Erdogan’s bodyguards were seen on the videos hitting and kicking protesters who had gathered peacefully outside the ambassador’s residence awaiting Erdogan’s return from a meeting with President Donald Trump. One video shared on social media even showed Erdogan watching the melee from his car. The video shows him later exiting the vehicle and peered toward the chaos.

The resolution, approved by the House Foreign Affairs Committee, calls for “any Turkish security official who directed or participated in efforts by Turkish security forces to suppress peaceful protests outside of the Turkish ambassador’s residence” to be charged and prosecuted under U.S. law. The measure also tracks with the senators’ demands that the State Department seek waivers of immunity for any Turkish security detail members who engaged in assault.