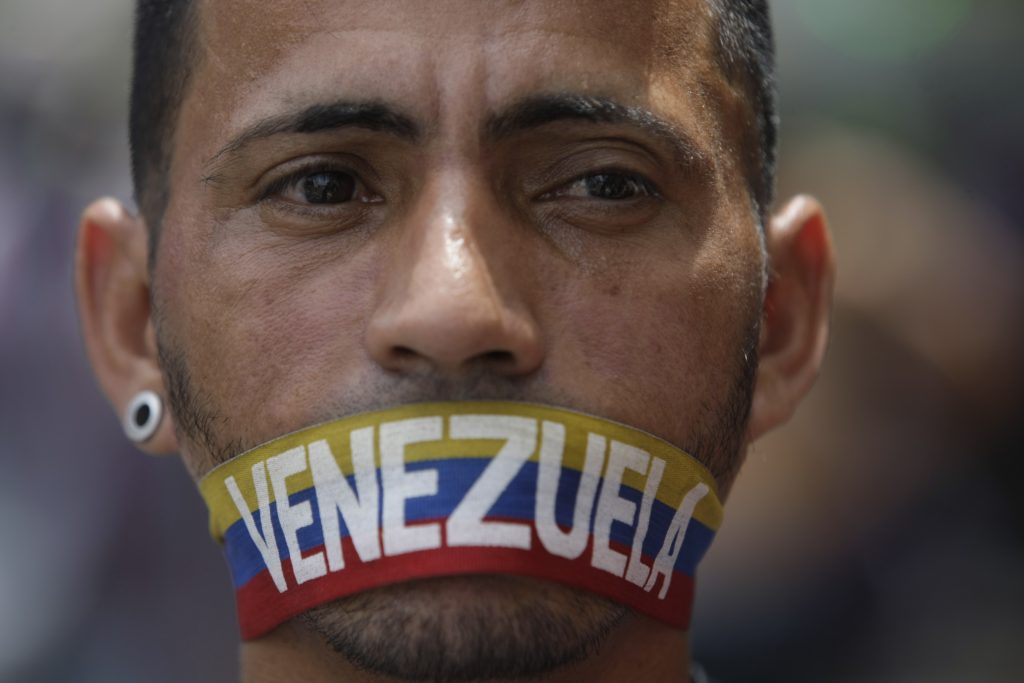 A young man who was set ablaze during a May protest in a wealthy part of Caracas succumbed to his injuries on Sunday.

Protesters took to Caracas’ streets again Monday, shutting down main roads to demand new presidential elections after the release of a video in which Lopez expressed support for the movement. The video was recorded at the military prison where Lopez has been held since leading a wave of street protests in 2014.

Former Spanish President Jose Luis Rodriguez Zapatero and Foreign Minister Delcy Rodriguez visited Lopez at the prison on Sunday. The politicians did not say what they discussed.