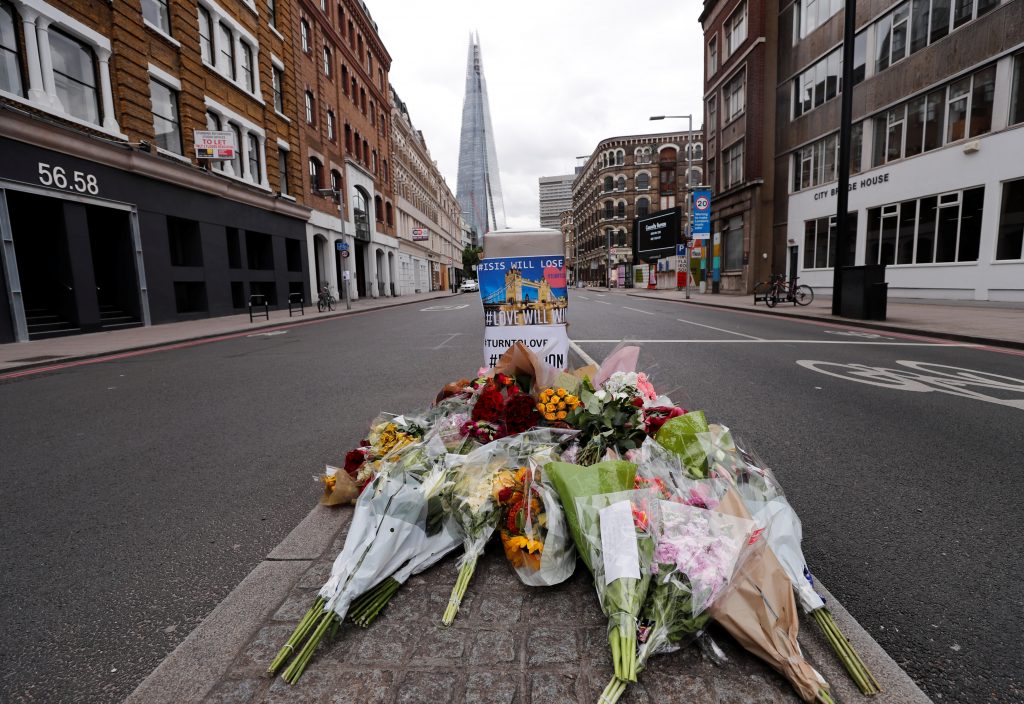 British media were on Monday declining, in response to police requests, to name the men believed to have attacked central London on Saturday, but were nevertheless reporting details about some of the suspects.

London police said they knew the identities of the three attackers who killed seven and injured 48 in their rampage around an area full of bars and restaurants, and would release the names as soon as operationally possible.

After a suicide bomber killed 22 people in the city of Manchester on May 22, British police and politicians were furious when U.S. media, citing intelligence sources, named the perpetrator and then published photographs of evidence from the scene.

Authorities warned after the bombing that a further attack could be imminent, and police said their efforts to find out if the bomber had accomplices could be compromised. Intelligence-sharing with Washington was briefly suspended.

This time, with the alert level “severe” rather than “critical”, no details have emerged from abroad. London police’s head of counter-terrorism, Mark Rowley, publicly thanked the media “for their continued support, restraint and understanding in not speculating as to who the suspects are in this fast-moving investigation”.

However, some newspapers did publish extensive descriptions of some of the suspects, without revealing their names.

Papers including the top-selling Sun tabloid said one of theattackers was a 27-year-old family man nicknamed “Abz”, who had worked for the fast-food chain KFC and London’s underground transport system.

The Express newspaper said it had decided not to name “Abz”, but that he had appeared in a TV documentary posing with an Islamic State flag. Clips from the program were circulating online.

Media reports also said one of the jihadists had been reported to anti-terrorist police on at least two occasions and was married with two children.