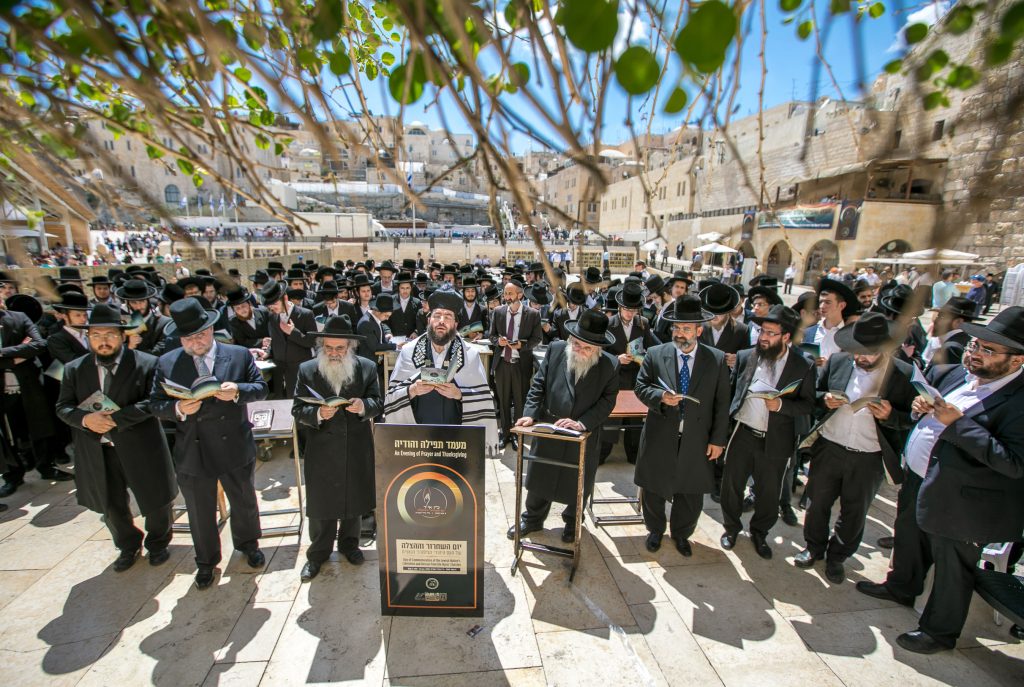 Jews around the world commemorated Victory Day last Monday, 26 Iyar, which is the Hebrew date for May 9, 1945, on which Nazi Germany surrendered to the Red Army.

The day is marked as an annual day of celebration for the liberation and rescue of European Jewry.

Dozens of thanksgiving rallies took place in synagogues and public sites around the world. In accordance with the ruling of Gedolim, a large gathering was held at the Kosel, which began the commemorations.

Hundreds attending the tefillos at the Kosel, praising and thanking Hashem for the miracles. Tefillos were led by Chazzan David Weinbach, with the participation of many Rabbanim from Europe.

Rallies were also held in the Great Synagogue in Moscow, and in synagogues in Paris, Amsterdam, Frankfurt, Leipzig and Vienna.

At the Moscow event, the guest of honor was Harav Shmuel Eliezer Stern, Rav of West Bnei Brak, who expounded on the events that brought about Victory Day and the praise and thanksgiving we must give to Hashem.

He also thanked philanthropist Gavriel (German) Zacharyev, vice president of the Euro-Asian Jewish Congress, who stands behind much of the revolution of the Jewish community in Russia.

“The Russian people greatly appreciate the initiative to remember the sacrifice of the soldiers of Red Army and their tremendous contribution to the liberation of the Jews from the death camps,” wrote Putin.