National ‘My Burial Is of No Import’: The American Pilots Who Fought for France in WWI
National 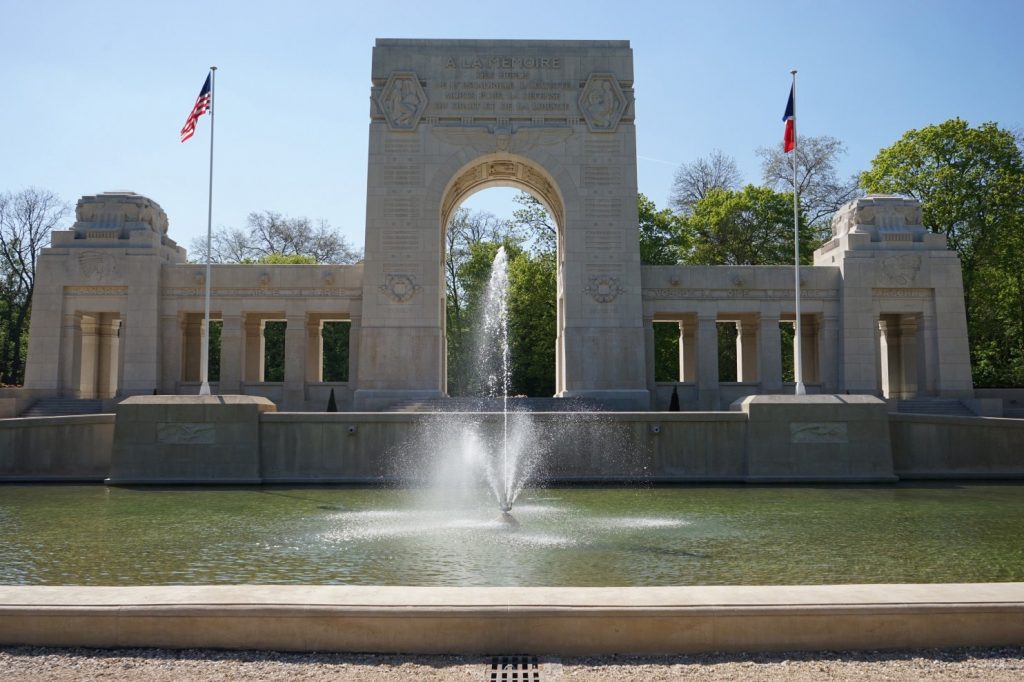 On Monday, March 19, 1917, three Americans strapped into the cockpits of their single-seat biplanes on a French airfield, and embarked on a reconnaissance mission. The United States was weeks away from declaring war on Germany and entering World War I. But these Americans, natives of Illinois, New York and Massachusetts, had sailed to France to aid the country in its conflict with Germany.

The American trio, members of an elite squadron known as the Lafayette Escadrille, quickly got into trouble. One had a faulty engine and turned around. The two others, Edmond Genet and James “Mac” McConnell, crossed enemy lines and confronted their adversaries. Genet got hit and flew back to the base. But McConnell vanished. Four days later, his aircraft’s wreckage was located, along with his body, pocked with bullets and stripped of all belongings, according to the 2016 book “The Lafayette Escadrille” by Steven A. Ruffin.

Where would the American who died in action be buried? It’s a question that faced so many U.S. families whose loved ones died overseas during World Wars I and II. In McConnell’s case, his remains eventually made their way to a crypt built in 1928 just outside Paris called the Lafayette Escadrille Memorial Cemetery, erected to honor the American pilots and others who joined France’s aviation service during the Great War.

For decades, the cemetery was owned and operated by a private French entity called The Lafayette Escadrille Memorial Foundation. But in January, the American Battle Monuments Commission, a little-known U.S. government agency headquartered in Northern Virginia and established in 1923, agreed to take over the site. The Lafayette Escadrille Memorial Cemetery became the 26th official U.S. cemetery abroad, joining the ranks of the Normandy American Cemetery and the Netherlands American Cemetery. The commission’s cemeteries and memorials around the world — mostly in Europe, but also in the Philippines, Mexico, Panama and North Africa — serve as the final resting place for nearly 140,000 Americans.

“It’s a national policy that we bring our war dead home, so it’s extremely unlikely that we will have another occasion for us to establish permanent U.S. cemeteries overseas anymore,” said Mike Conley, the commission’s executive officer. “That’s why adding this cemetery is a big deal. It won’t happen very often in the future.”

After the start of World War I in 1914, but before the U.S. declared war in April 1917, a group of Americans traveled to France, volunteering for the fight. Eventually, they lobbied the French government to create a squadron of American pilots. At the time, air combat was fairly novel, but many of the Americans knew how to fly and were eager for combat.

The French government finally agreed. On April 20, 1916, seven Americans rendezvoused at an airfield near Luxeuil, France, forming the first of what would soon be called the Lafayette Escadrille. Less than a month later, several of them took off in their Nieuport fighter planes by the Vosges Mountains, near the country’s eastern border. It was a routine, danger-free patrol, but Ruffin declares in his book that “history had just been made.”

The men had “decided to ignore their own country’s rigid neutrality stance — one that the United States would maintain for nearly another full year before officially entering the war — in order to come to the aid of France,” Ruffin wrote.

Initially, the group was called the “Escadrille Américaine,” a moniker that angered Germany, whose leaders believed the U.S. couldn’t remain neutral and have a military unit named in its honor. Finally, the name morphed into “Escadrille de Lafayette,” or the Lafayette Escadrille.

“Escadrille” is French for squadron. But why Lafayette?

The men wanted to honor French aristocrat Marquis de Lafayette, who in 1777 came to America to fight for American independence.

A total of 38 Americans served in the Lafayette Escadrille, but more than 200 Americans flew in other French aviation units during World War I. All the Americans who flew for France during the conflict were part of the Lafayette Flying Corps. After the U.S. entered the war in 1917, the Americans transferred to what was then the U.S. Air Service.

Conley, the commission’s executive officer, said the foundation that operated the site didn’t have enough money to sustain its upkeep for the long-term. Last year, Congress authorized the commission to acquire the site, and by January, the ownership transfer was official.

“We definitely thought it was the right thing to do,” said Conley. “The French no longer had the means to ensure the care of that memorial in perpetuity. That’s our core mission.”

Right now, visitors to the memorial need to set up in advance a tour of the crypt. But Conley said he hopes the commission can hire staff to ensure that the crypt can remain open so that anyone can visit without making a reservation.

For McConnell, the founding member of the Lafayette Escadrille who was shot down in 1917, the thought that he’d be buried in a crypt open to tourists might have been a shock. According to Ruffin’s book, McConnell left a letter behind for his comrades, written with his “typically sarcastic wit:”

“My burial is of no import. Make it as easy as possible for yourselves. I have no religion and do not care for any service. If the omission would embarrass you, I presume I could stand the performance. Good luck to the rest of you. G-d [curse] Germany and vive la France.”