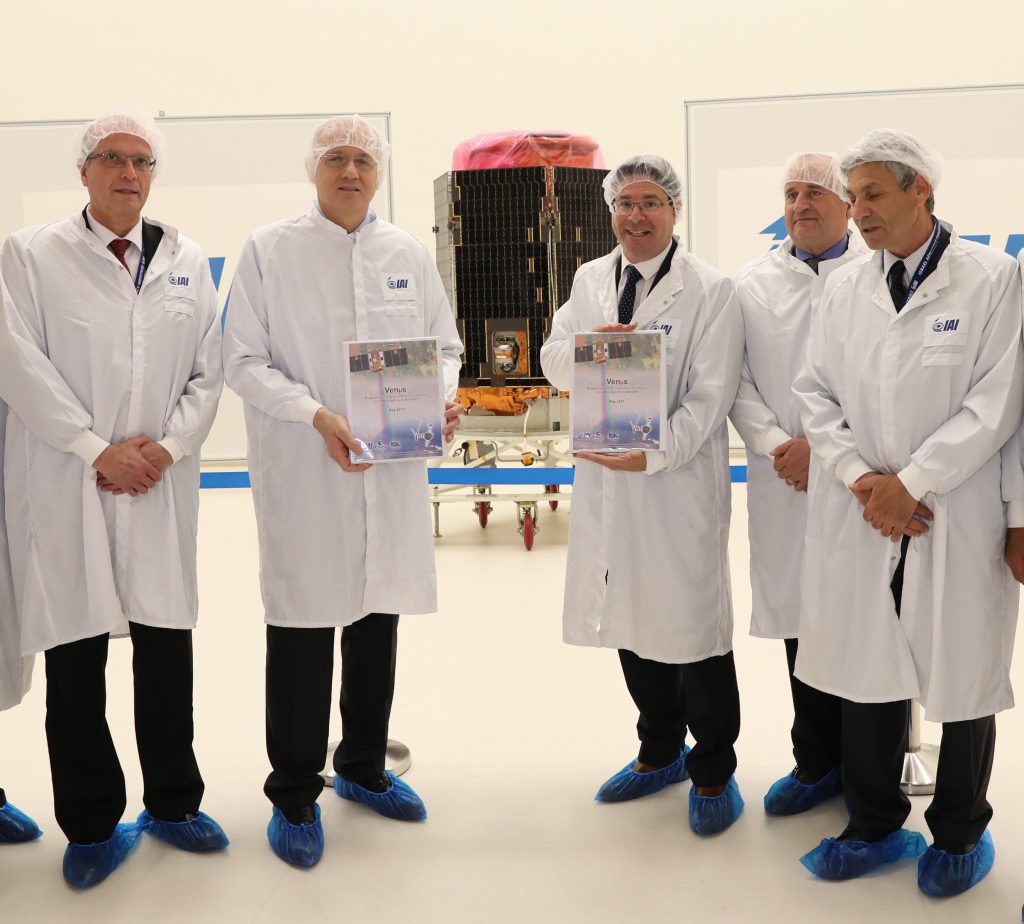 The first Israeli satellite dedicated to environmental research has been delivered by Israel Aerospace Industries (IAI) to the Israeli Space Agency, preparatory to a launch later this year.

The Venus satellite is scheduled to be launched on August 1 from French Guiana, in a joint project of the ISA and the French Space Agency (CNES).

The satellite will monitor fields and plots of land from space for environmental research purposes, while monitoring the state of land, vegetation, forestation, agriculture, quality of water reservoirs and more.

Venus is equipped with a special camera that can absorb details on Earth at 12 wavelengths. The satellite will photograph large areas and provide researchers with dozens of images each day, each of which will cover hundreds of square miles. Once every two days, the satellite will produce photographs of the whole of Israel for use by the researchers.

Minister of Science and Technology Ophir Akunis said at the hand-over ceremony, “Venus is the glory of the Israeli space industry, and I am very proud that the first research satellite sponsored by the government and the Ministry of Science will soon be launched … Collaboration with the French government is further proof of the tremendous appreciation that Israeli technology is receiving worldwide.”