Technology No Matter How You Slice It, Preparing Vegetables Is Relaxing
Health, Science & Technology 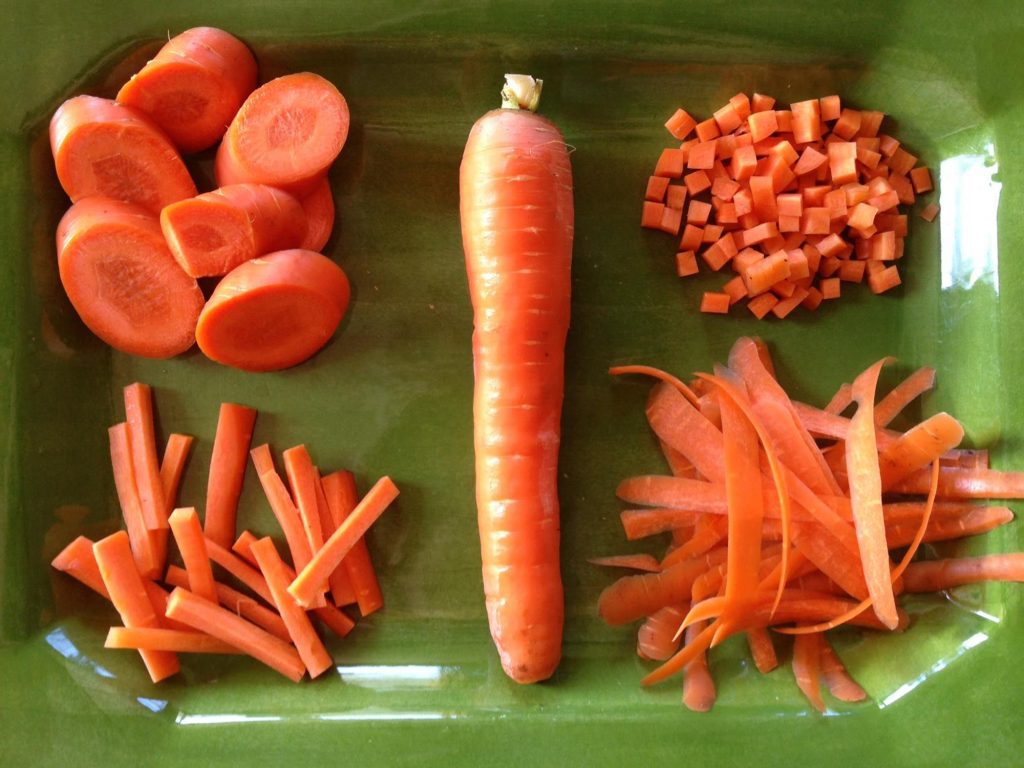 Preparing a meal usually begins with cutting and chopping things. It’s time-consuming but can be done ahead of time by a cook facing a busy day. It’s the job you give to a helpful guest or hungry family member to speed dinner along. When making many dishes, vegetables come first, whether for a soup, sauce, casserole, stir-fry or stew.

For me, veggie prep is a comforting way to ease into cooking a meal, when the kitchen is calm and competing pots are not yet being stirred. Produce from the garden has been brought in, washed and laid out on the counter. That’s the moment I reflect on each vegetable and decide how to treat it, depending on the condition it’s in, the variety I’ve grown and the use to which it will be put.

Flavor also comes into play. “Of course,” says my friend Lucie, visiting from France, “whether you cut a carrot into long pieces or crosswise into disks can influence its taste. It’s like cutting wood with or against the grain.”

I tell Lucie how much I love a diagonal crosscut for carrots. It looks appealing and, because it exposes more cut surface, releases more flavor into a broth. She agrees. Were I to roast a carrot, I’d leave it whole, to keep the juices in. Were I in a hurry, I’d shred the carrots to make them cook quickly.

Shredding makes a vegetable less visible to picky eaters and easier to sneak in. Firm vegetables that lend themselves to shredding include cucumbers, summer squash, fennel, kohlrabi, potatoes, beets, carrots and rutabagas. It can be done with the shredding blade of a food processor or the sloping, hand-powered tool called a mandoline, but because both involve switching attachments, I reach for my small collection of Microplanes, each with a different size of sharp-bladed holes.

To shred a long, skinny vegetable such as a carrot or parsnip, I’ll often hold it by the fat end and run a vegetable peeler down it repeatedly to make flat ribbons. Then I hold the pointed end and make more ribbons from there.

If I have leeks, I cut a few lengthwise into a similar shape and simmer all the vegetables until tender. Stirred with olive or butter, they make a spaghetti-like tangle that pleases everybody — and with so little effort for the cook.

At prep time, cooks love veggies that are easy to cut because of their natural shape. As in baseball, there are bats, such as celery, carrots and cukes – all so easy to slice – and balls, such as turnips, celery roots, onions and beets. With balls the slices are never of uniform size, and creating cubes from them requires a lengthy, three-dimensional process of rotating and cutting. (Onions at least have scales that eliminate one dimension.)

As a busy cook, I have grown elongated varieties of normally round vegetables, just to save work. Those include Shunkyo Semi-Long radish, Cylindra beet and Red Long of Tropea onion. I avoid flat onions, including the Italian cipollinis, which, despite being delicious, are convex at their root ends. But long-headed greens such as romaine lettuce and Napa Chinese cabbages are a joy to slice crosswise.

The good news is that the longer you chop, slice, dice, grate or shred vegetables, the better you’ll get at it, the fewer bandages you’ll need and the more little tricks you’ll discover to speed you on. You’ll find out how the skin of beets and winter squash are easy to slip off after cooking, that rock-hard squash and pumpkins are easy to cut through with a cleaver if you carefully pound the back of the cleaver with a rubber mallet to drive the blade home.

For faster cleanup when cutting kernels off an ear of corn, stick the pointed end into the central column of an angel food cake pan to catch the kernels as you draw a large knife downward.

Remove tough ribs of greens such as kale and collards by tearing the leaves off the rib or by folding the leaf along the rib and slicing along it. (The ribs are edible but less tasty and nutritious than the leaves.)

Try using herbs whole in salads or cutting them coarsely. For a finer chop, use a mezzaluna, a great Italian tool with a crescent-shaped blade, which you rock back and forth over the herbs, grasping the two wooden handles.

On the other hand, if prepping vegetables is your favorite form of meditation, do it any way you like. Just lay them out on the counter, put on some music to chop by and have a good slow-food day.