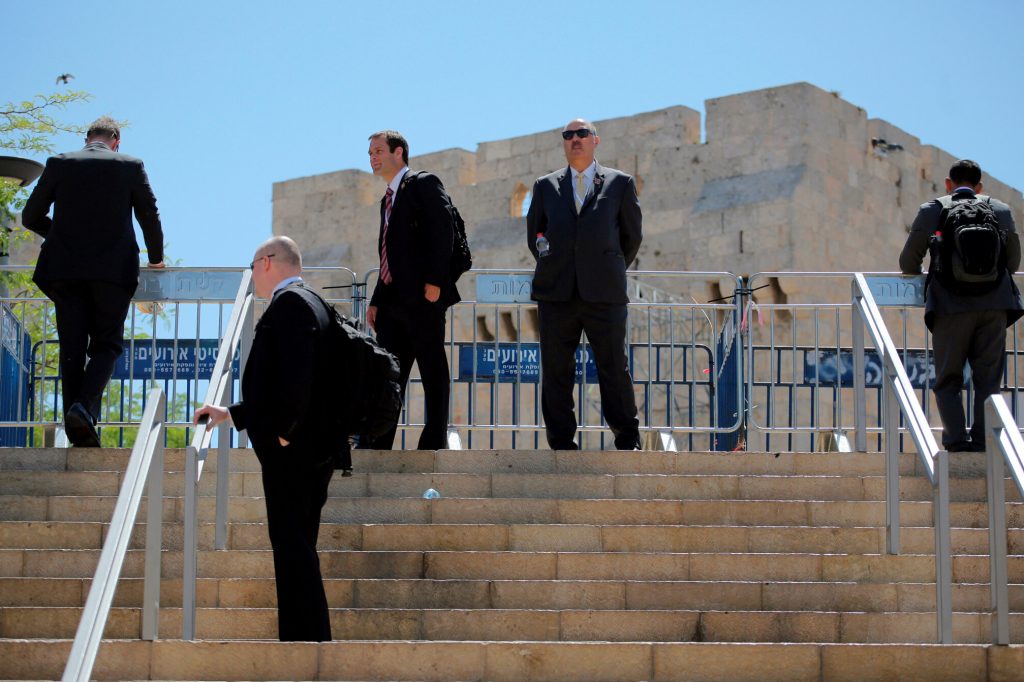 Shin Bet security agents and Israel police officers on Tuesday announced that they had arrested an individual who had planned to carry out a terror attack in Tel Aviv during the visit of U.S. President Donald Trump, Channel Ten reported. The individual was arrested in recent days and is being questioned. No details on the planned attack or the identity of the suspect were released. The attack was unlikely to have been directed against the president, as Tel Aviv was not on his itinerary.

Police said Tuesday that they had “significantly raised” their alert level Monday, after the suspect had been questioned and apparently furnished information about potential attacks. On Monday, a car accident in central Tel Aviv was first reported to be a terror car-ramming attack. Police later announced that after an initial investigation, the incident, in which several people were injured, had actually been an accident involving a drunk driver.

Meanwhile Tuesday morning, IDF officials said that Sinai-based terrorists had fired a rocket at Israel. The rocket fell in an open area. No injuries or damage were reported.