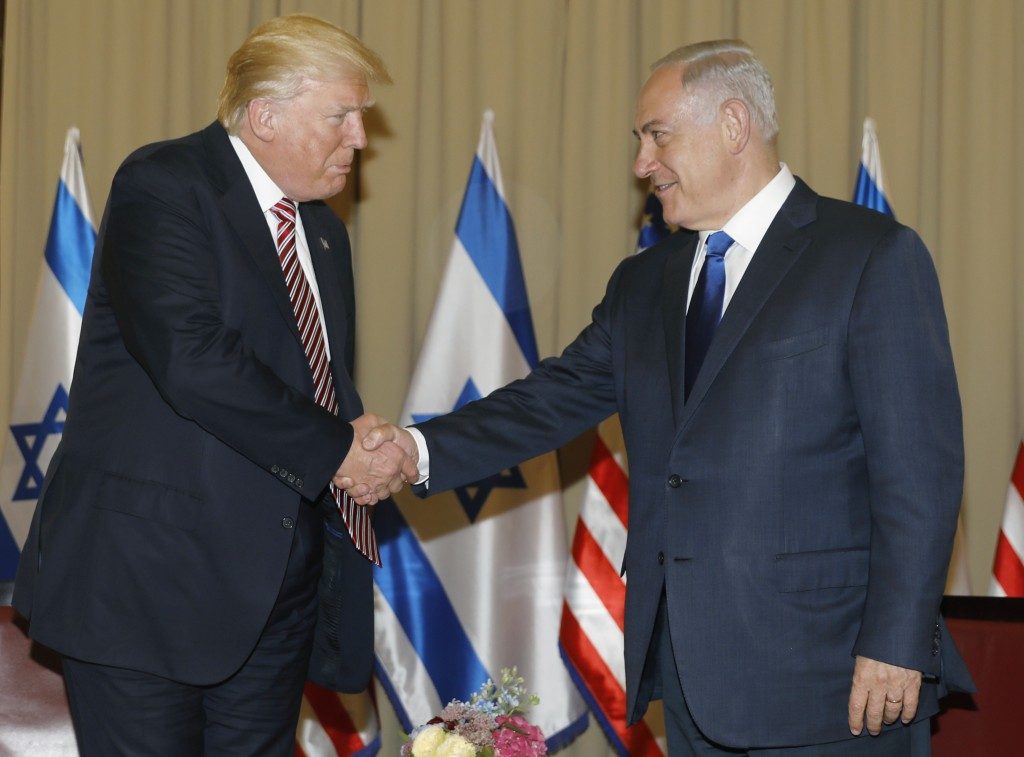 It’s too early to gauge the results of President Donald Trump’s visit to Israel this week, but not too early to appreciate the effort and the genuine display of friendship. As Prime Minister Binyamin Netanyahu noted at the welcoming ceremony Monday, it was a historic visit, the first time a U.S. president included a stopover in Israel in his maiden trip abroad.

It was also the first time a serving U.S. president visited the Kosel.

The president, to his credit, has not been dissuaded by the failure of his predecessors to achieve peace in the Middle East. He understands the importance of a stable Middle East, of mitigating the threat of radical Islam, of preventing Iran from becoming a nuclear power, and of restoring order in Syria for the sake of its citizens and neighboring countries.

At the start of the week, in Riyadh, Saudi Arabia, the president also made history, directly addressing Arab and Islamic leaders and urging them to unite and do their share to defeat Islamist extremists.

Stating what sounds obvious in the West, but unfortunately not in some parts of the Muslim world, Mr. Trump said, “We must practice tolerance and respect for each other once again, and make this region a place where every man and woman, no matter their faith or ethnicity, can enjoy a life of dignity and hope.”

That divide, between the West and many in the Muslim world, has been at the heart of the intractable Israeli-Palestinian conflict.

That’s why Israel, in preparing for the Trump visit, undertook gestures that, in the Western mind, were seen as conducive to peacemaking. On Sunday, its security Cabinet passed a series of measures aimed at improving economic conditions for Palestinians. The government also postponed a meeting of the planning committee tasked with approving construction in areas that some regard as controversial in order to avoid raising tensions in advance of the visit.

The Palestinians, on the other hand, did the exact opposite. Just days before the president’s visit, they named a square in Tulkarem after Maher Younis, the terrorist who murdered IDF soldier Avraham Bromberg, Hy”d, in 1980. The square was dedicated in a public ceremony attended by the Palestinian mayor and other local dignitaries.

Earlier this month, a street in Jenin was named after Karim Younis, Maher’s cousin and accomplice in the murder of Bromberg.

In another shocking disregard for Western sensibilities, Tayseer Abu Sneineh, the convicted murderer of six yeshivah students in 1980, was elected mayor of Chevron as head of the Fatah Party — whose chairman is none other than Mahmoud Abbas.

The students, including two American citizens and a Canadian national, were part of a group that danced from Me’aras Hamachpelah to Beit Hadassah in Chevron when Abu Sneineh and his terror cell opened fire. Sixteen other students were wounded.

Tayseer Abu Sneineh was released in a prisoner swap in 1983.

“No one is surprised that the Palestinian Authority educates for murder, encourages terrorism and that the murderers are their cultural heroes and the leaders of their younger generation,” deputy head of the Shomron Regional Council Davidi Ben Sion said, calling on the president to cancel his meeting with Pres. Abbas. “Mr. President, if I were you, I would not be humiliated. If you have self-respect, reconsider your visit to Abbas, who denies the Holocaust and encourages murder.”

Just as the president has been clear about the need for the Muslim world to “practice tolerance and respect for each other,” thereby putting his finger on the heart of the problem, he has been forthcoming with Mr. Abbas as to what is needed to address the problem between the Palestinians and Israel.

At the White House earlier this month, the president told Mr. Abbas that “no lasting peace” can be achieved between Israel and the Palestinians “unless the Palestinian leaders speak in a unified voice against incitement to violence.”

That means no more naming public squares and streets after terrorists, no more electing murderers of yeshivah students as mayor, and no more paying monthly stipends to terrorists and their families.

This won’t be easy for Mr. Abbas, because the Palestinian street demands that he pay homage to “martyrs” who kill women and children. But leadership means leading, not being led. It means changing the mindset of violence, not giving in to it.

With President Trump’s firm vision of what is needed to achieve peace, and his relentless pressure on Mr. Abbas to do his part, it may be possible to create conditions that will allow for an agreement that at the very least provides for peaceful coexistence and stability in the region.