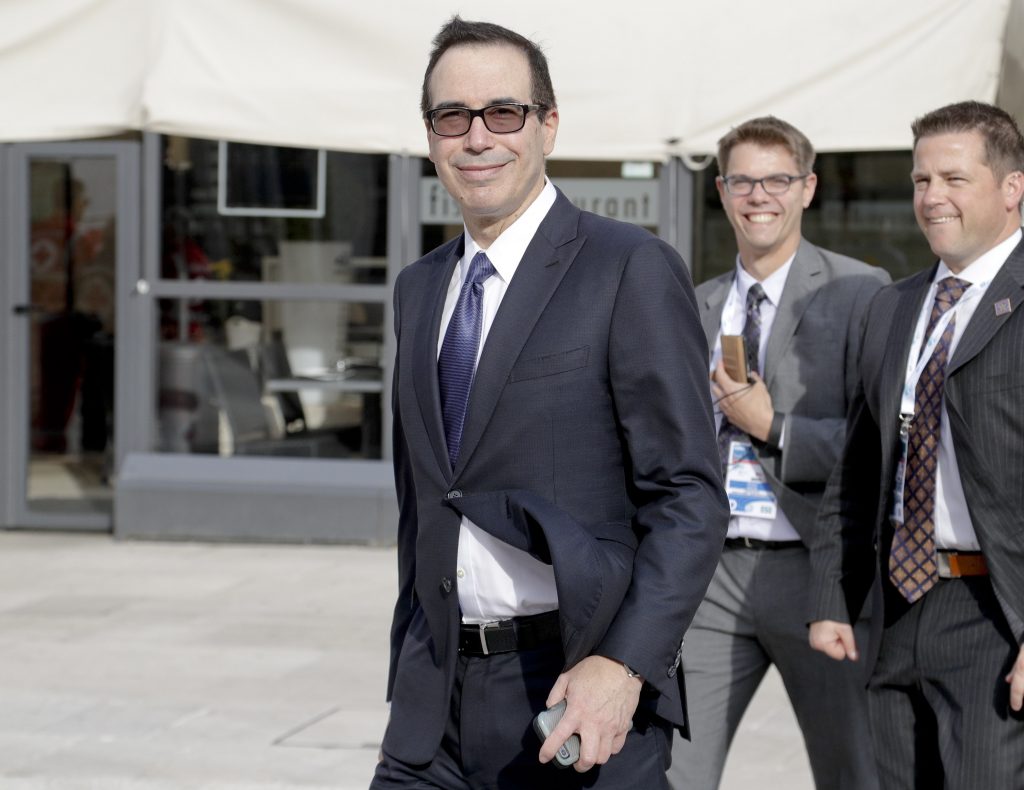 Top finance officials from seven advanced economies have gathered to hear more about President Donald Trump’s economic policies on taxation and trade as well as to look for ways to promote growth, combat terrorist financing and stop tax avoidance by major corporations.

The meeting of the Group of 7 finance ministers in the southern Italian seaside town of Bari is to kick off Friday with a discussion of how to make economic growth benefit more people. U.S. Treasury Secretary Steven Mnuchin is due to explain President Trump’s plans to cut business taxes and regulation, and explain the president’s push for what he considers more balanced trading relationships.

The group is gathering with the global economy showing steady growth. There are concerns that the economy has not reached the levels seen before the global financial crisis, and that labor productivity continues to lag. Increasing output per worker is a key to growth, and economists say it may be held back by businesses’ reluctance to invest in plants and equipment due to lingering fear from the Great Recession, as well as uncertainty about new regulations.

In theory, corporate tax cuts and deregulation along the lines proposed by President Trump could address some of those problems in the world’s largest economy. But the details, and to what extent those policies will be implemented, remain unclear.

During his presidential campaign, Donald Trump repeatedly charged that past administrations had failed to take a tough stand on enforcing trade agreements and this failure had cost millions of good-paying factory jobs and resulted in an enormous U.S. trade deficit. Since taking office, his administration has issued a report that names two G-7 countries, Germany and Japan, for special monitoring because of their large trade surpluses with the U.S. and has sparked a trade battle with Canada, another G-7 country, by imposing higher tariffs on imports of Canadian softwood lumber.

Fluctuations in currency values can have a big effect on trade flows, so any measures a country takes to lower their exchange rate is often dimly viewed by trade partners on the receiving end. Countries in the G-7 have committed in the past to avoid explicitly trying to weaken their own currencies.

Euro member and top exporter Germany has benefited from a drop in the euro against the dollar but has little influence over the exchange rate since it shares it with 18 other countries.

“I think the secretary has made clear to his counterparts that it is very important for all countries to abide by their exchange rate commitments that they have made … I think that message is coming through loud and clear,” the senior Treasury official told reporters in a briefing on the upcoming talks. The official spoke under ground rules that prevented use of his name.

Mnuchin held a one-to-one meeting with Italian finance minister Pier Carlo Padoan on Thursday. An Italian G-7 official, speaking only on condition of anonymity, said the discussion took place in a “good climate.” Padoan said Italy underlined its willingness to meet its commitments to increase defense spending — something President Trump has stressed to NATO allies like Italy.

The Italian hosts say the meeting themes will include making economic growth benefit more people; coordination among international financial organizations such as the International Monetary Fund and the World Bank; and efforts to stop companies from dodging taxes by moving income across borders.

The meeting prepares the way for a summit at the level of presidents and prime ministers in Taormina, Italy, on May 26-27.