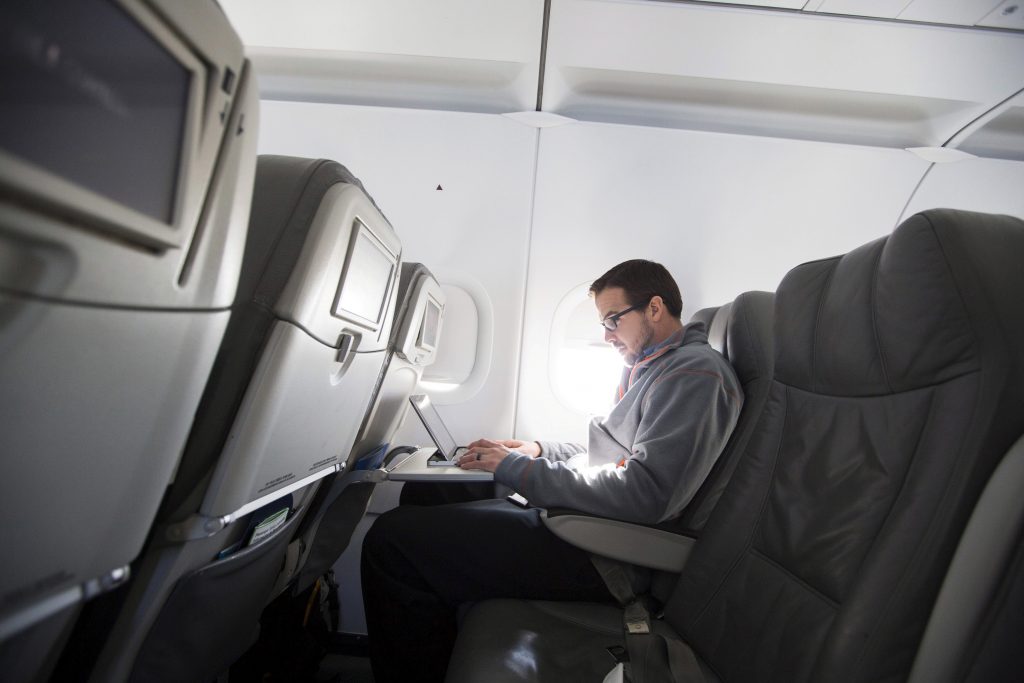 The European Union has demanded urgent talks with the United States over a possible extension to some European countries of a U.S. ban on airline passengers taking laptops into cabins, saying any security threats faced are common.

The Trump administration is likely to extend the ban already applicable to flights originating from 10 specific airports in the Middle East, north Africa and Turkey because of fears that a concealed bomb could be installed in electronic devices taken onto an aircraft, officials said.

In a letter to John Kelly, Secretary of Homeland Security, and Elaine Chao, U.S. Secretary of Transportation, and seen by Reuters, the EU executive said it was important that information concerning possible threats involving EU airports be shared.

“We therefore reiterate our willingness to pursue constructive dialogue, and we propose that meetings are held as a matter of urgency, both at political and technical level, to jointly assess the risk and review possible common measures,” wrote Violeta Bulc, EU Transport Commissioner, and Dimitris Avramopoulos, Commissioner for Migration, Home Affairs and Citizenship.

While no decision has yet been taken, any restrictions could hit major European airlines such as Lufthansa, British Airways, Air France-KLM and industry sources have said airlines and airports have already been working on possible contingency measures.

Olivier Jankovec, director-general of airport trade association ACI Europe, said it was worrying that there appeared to be little coordination between the EU and the United States.

“We know that in the current geopolitical context, with the kind of terrorist threat we face, an efficient response is really predicated on international cooperation — around the threat assessment and the sharing of intelligence. This is not taking place,” Jankovec said at a CAPA Centre for Aviation industry conference near Dublin.

The United States imposed the ban in March and was quickly followed by Britain, which imposed restrictions on a slightly different set of routes.

European aviation security experts are meeting in Brussels on Thursday to consider possible responses to any extension of the ban. Two EU officials said the discussions had so far concentrated on maintaining a common front.

The EU Ambassador to the United States will meet with Kelly in the coming days to discuss the issue, one of the officials said.

“It is in our common interest that we work closely together to address developing threats in aviation, in advance of any potential applications of new security measures to air carriers operating from the EU to the U.S.,” the Commissioners wrote.

Malaysia Airlines CEO Peter Bellew told Reuters on the sidelines of the CAPA conference that an extension of the laptop ban would be a “pity” and make it more difficult for people to travel.

“I do think it is going to have a fundamental impact on travel to north America, and I don’t think that is going to go away quickly,” Bellew said.

European regulators have warned placing what could be potentially hundreds of devices in the hold on long-haul flights could compromise safety by increasing the risk of fire from poorly deactivated lithium-ion batteries.

“What is very important for us is also that any security challenge would not be mitigated by creating a safety challenge,” said Henrik Hololei, director-general of the European Commission’s transport department, at the same Dublin conference

Hololei declined to comment on the prospect of reciprocal action being taken by Europe should the laptop ban be extended.

“I don’t want to speculate at this stage about next steps, since nothing has been yet issued. It is slightly premature, but it is clear that we have also looked into all the possible options,” Hololei said.