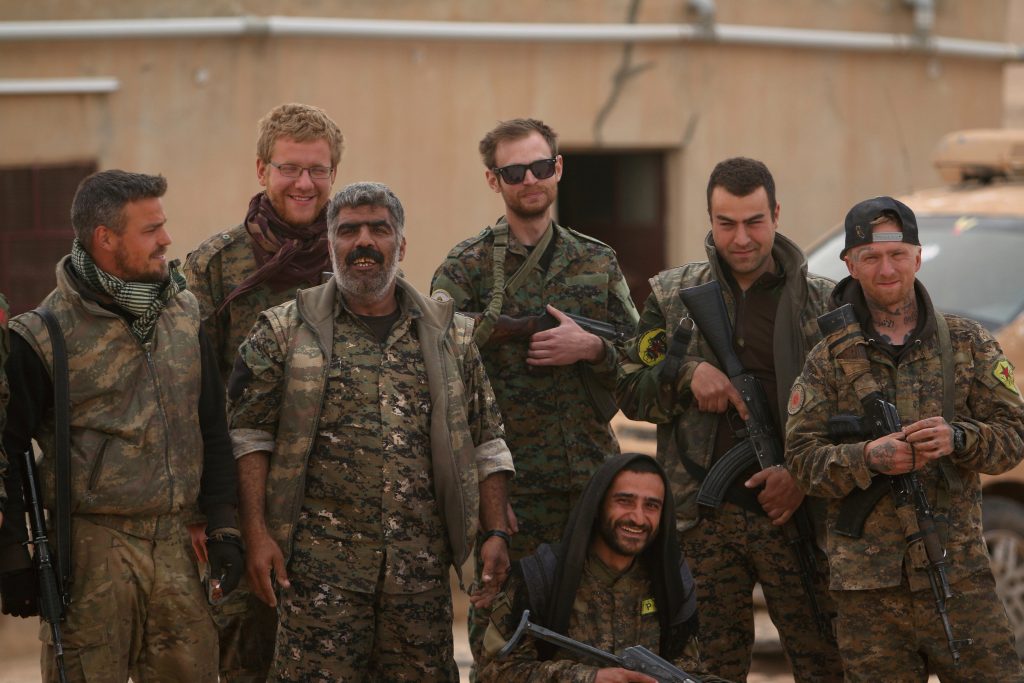 U.S.-backed Syrian militias said they fully seized the town of Tabqa and Syria’s largest dam from Islamic State on Wednesday, a major objective as they prepare to launch an assault on Raqqa city.

The Syrian Democratic Forces (SDF), an alliance of Kurdish and Arab fighters, have been battling the jihadist group for weeks in Tabqa, some 40 km (25 miles) west of Raqqa, along the Euphrates river.

With air strikes and special forces from the U.S.-led coalition, the SDF are advancing on Raqqa, Islamic State’s base of operations in Syria, to ultimately take the city.

They captured Tabqa “thanks to the sacrifices of the SDF’s heroes and with the full, unlimited support of the U.S.-led international coalition”, said SDF spokesman Talal Silo.

Nasser Haj Mansour, an adviser to the SDF, said the town and the adjacent Tabqa dam were now “completely liberated” after the SDF drove all Islamic State terrorists out.

The Raqqa campaign appeared to have stalled around Tabqa, where the SDF made only slow progress after besieging the town. They pushed into the town nearly two weeks ago, capturing most of its districts and encircling Islamic State in the dam.

The battle for Tabqa began after U.S. forces helped SDF fighters conduct an airborne landing on the southern bank of the Euphrates in late March, allowing them to gain control of an important nearby airbase.

Despite fierce objections from NATO ally Turkey, the United States this week approved supplying arms to the powerful Kurdish YPG militia, a key component of the SDF and their campaign.

Ankara strongly opposes U.S. support of the YPG, viewing it as the Syrian extension of the outlawed Kurdistan Workers Party (PKK), which has waged a three-decade insurgency inside Turkey.

The YPG has emerged as a valuable partner for the United States in the fight against Islamic State in northern Syria. Washington says arming the Syrian Kurdish forces is necessary to capture Raqqa, which Islamic State has used as a hub for planning attacks abroad.

Raqqa now lies in an Islamic State enclave on the northern bank of the Euphrates, after the SDF has closed in on the city from the north, east and west in recent months.

Islamic State’s only means of crossing to its main territory south of the river is by boat, after air strikes knocked the area’s bridges out of service.

The jihadist group still controls swathes of Syria’s vast eastern deserts and most of Deir al-Zor province near the border with Iraq, but it has lost tracts of its territory over the past year.