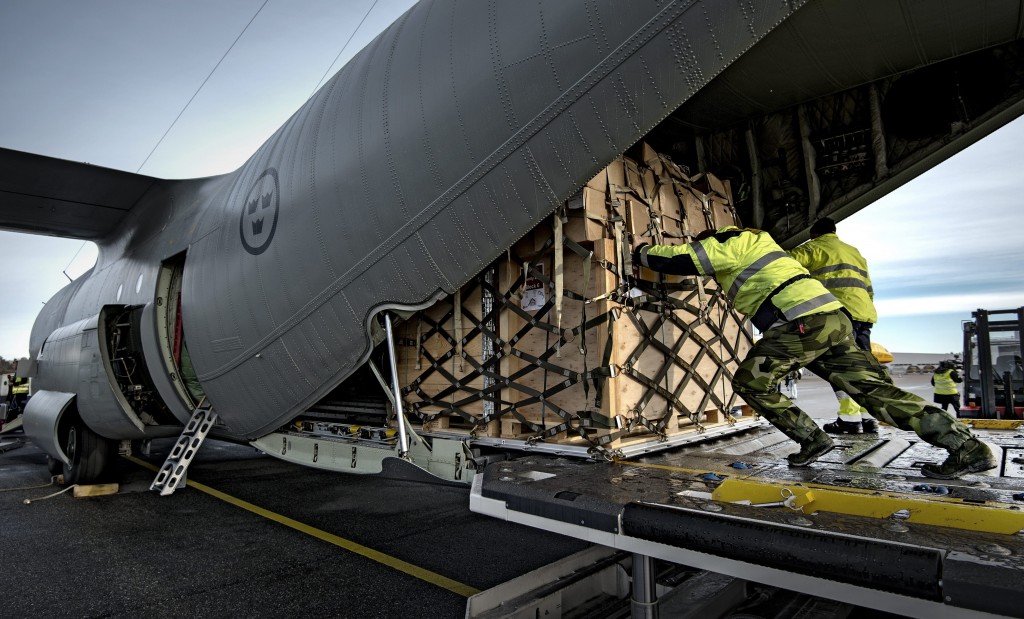 The crews of two Hercules cargo planes that nearly sideswiped each other last week are to be suspended from active duty and sent to the brig, a military court decided Tuesday. The incident, which occurred on Israel’s Independence Day, was “a serious breach of protocol that demands an appropriate response,” the military court said.

The incident occurred during the Independence Day air show, in which planes and jets conduct flyovers over many parts of the country. The incident in question happened over the central coast area, when the two planes hit each others’ wingspans. The incident passed unnoticed, and was only discovered after the planes landed, when the scratch marks indicating that the planes had hit something were discovered. Footage that was filmed by people watching the show subsequently surfaced, and the IDF analyzed it to determine exactly what happened.

The IDF said that no one had been in danger at any time, and that no injuries or substantial damage had occurred. Nevertheless, the army said in a statement, the incident indicated that the staff was either careless or undertrained. A review of the rules of flying and ensuring that planes maintain a safe distance will take place, the IDF said.