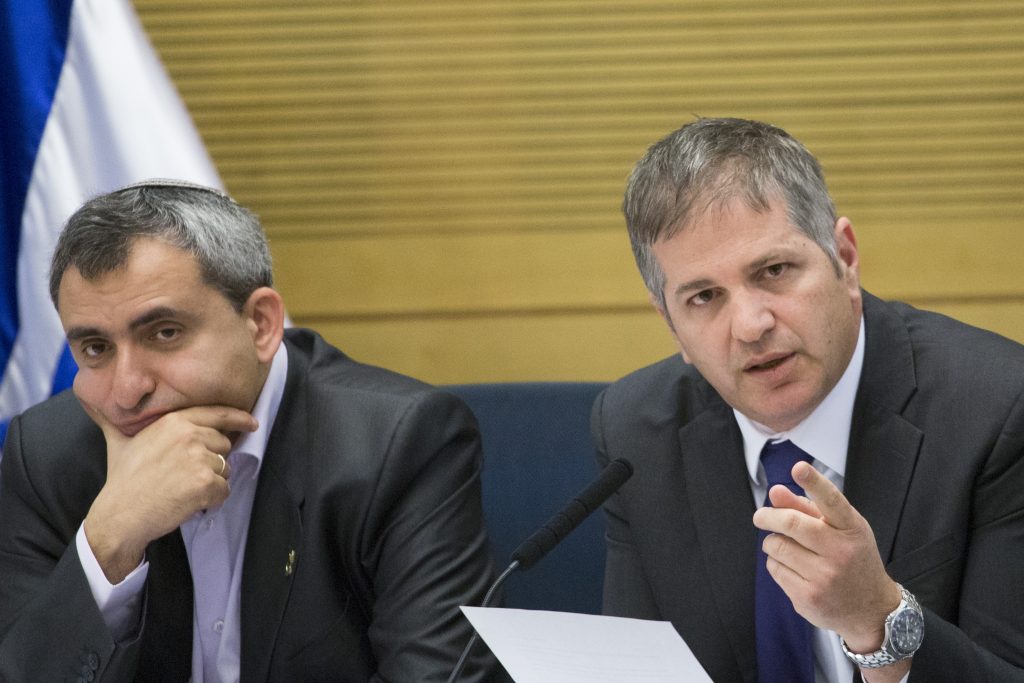 A proposal to ban trips abroad by MKs that are financed by organizations that actively seek to harm the state of Israel has encountered fierce opposition in the Knesset Ethics Committee, The Jerusalem Post reported on Wednesday.

Three of the committee’s four members said they would quit if the new restrictions are imposed.

The proposal, made by Knesset House Committee chairman Yoav Kisch (Likud), sets forth a long list of activities that would disqualify organizations from sponsoring trips by MKs:

If the group rejects Israel’s existence as a Jewish and democratic state, incites to racism, supports terrorism against Israel, calls for boycotting Israel or regions of Israel, Israeli products, academia or culture, seeks to put Israelis on trial for war crimes, or denies the Holocaust.

Ethics Committee chairman Yitzhak Vaknin (Shas) was one of those who threatened to resign over the issue:

“Freedom of expression and movement for MKs are things that we protect in the Ethics Committee, across the political map,” Vaknin said. “Freedom of opinions is the air that democracy breathes. Our job in the Ethics Committee is to make sure there aren’t personal interests or benefits [being given to MKs] and not to check if the lawmakers’ opinions are to our liking or not.”

MKs Yussef Jabareen (Joint List) and Eyal Ben Reuven (Zionist Camp) also said they would resign if the measure is adopted. Jabareen said he would take the matter to the High Court. MK Rachel Azaria (Kulanu) had no comment.

Kisch cited authorization of a trip taken last December by MK Haneen Zoabi (Joint List) that was paid for by the Hamas-affiliated Al-Quds broadcaster.

“In my eyes, that is an outrage that the Knesset authorizes participation in an openly anti-Israel event. Such a thing cannot happen,” he said.

A vote on the proposal was postponed for the time being, but Kisch said he will pursue the matter.

Political considerations aside, there are legal problems with the idea as well. Knesset Legal Adviser Eyal Yinon has said it would be an unconstitutional breach of parliamentary immunity, which is meant to ensure freedom of political action for MKs.