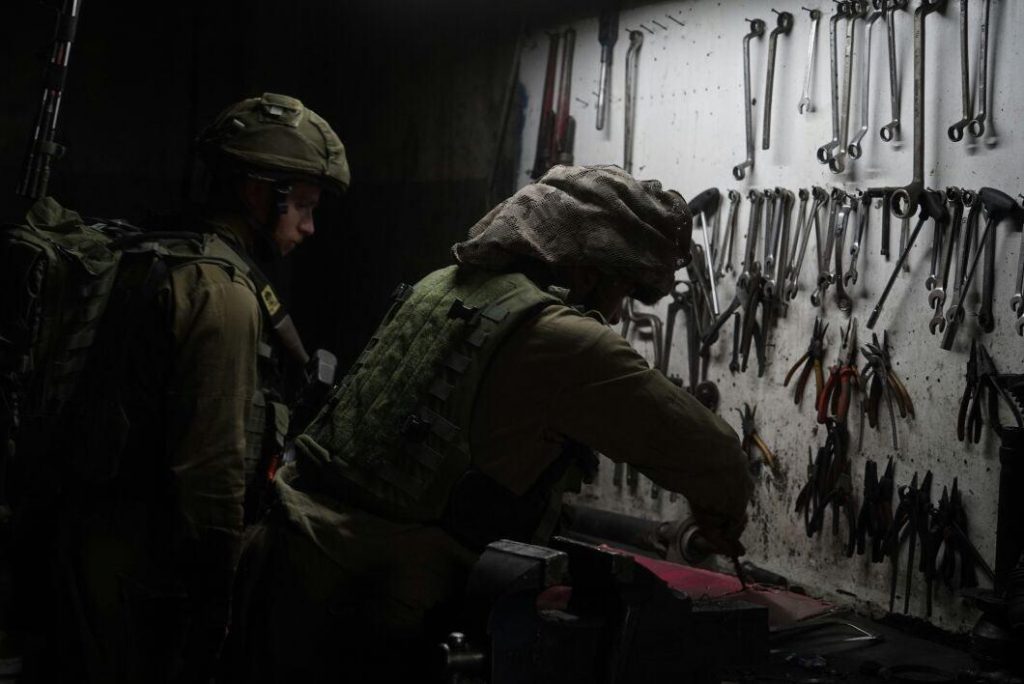 Police reported two incidents of what were suspected to be “price tag” incidents, with antigovernment and anti-Arab graffiti scrawled on walls on a street near the Shuafat neighborhood of Yerushalayim, and in Afula. In addition, the tires of about 20 vehicles in the Yerushalayim incident were slashed. Police have opened an investigation, with an emphasis on potential Jewish suspects who may have been targeting Arabs.

IDF soldiers and Shin Bet agents overnight Monday shut down a workshop for the manufacture of arms in the Balata refugee camp, near Shechem. The workshop produced dozens of weapons a year. It included several large metal cutting machines, along with dozens of weapons in various stages of manufacture. Soldiers confiscated the equipment and weapons, and made several arrests.

Overnight Monday, security officials said they arrested 16 wanted security suspects in other areas in Yehudah and Shomron. The suspects were wanted for participating in rioting and throwing stones and firebombs that endangered Israeli civilians and IDF soldiers. Several of the suspects were also charged with belonging to Hamas. All were being questioned on their activities by security forces.