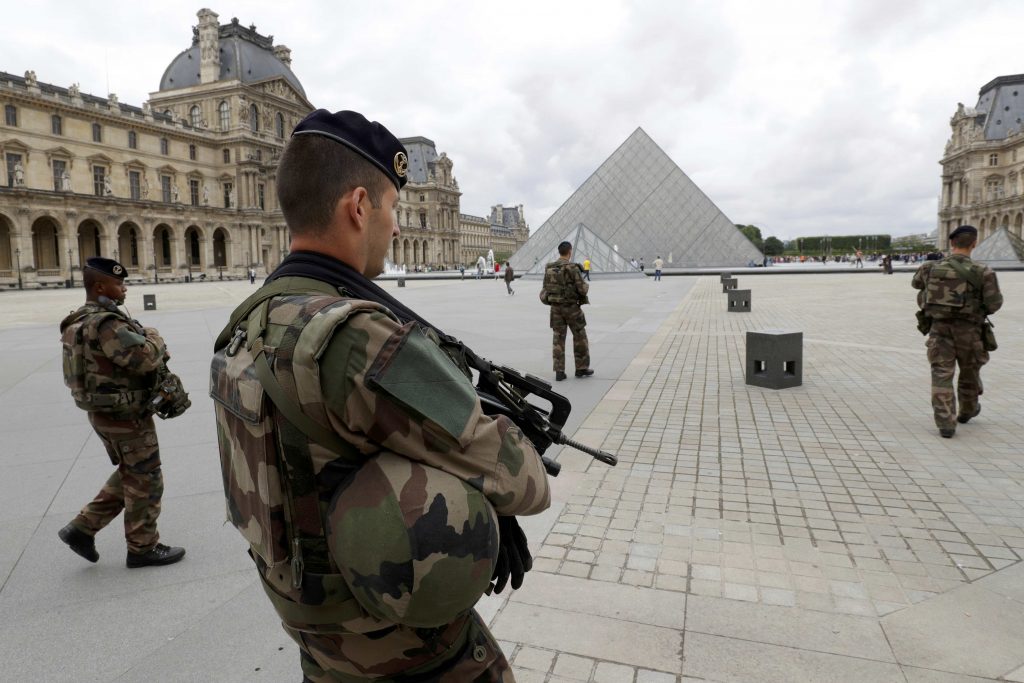 The courtyard outside the Louvre museum in Paris was reopened after a brief security scare prompted an evacuation of the site where French presidential candidate Emmanuel Macron plans to celebrate election night.

Explosives experts left the site after a suspicious bag prompted the evacuation on Sunday of a few hundred people, primarily journalists preparing for the Macron event. The museum itself was not evacuated or closed, and visitors continued entering and leaving.

The Louvre already was being heavily guarded after a terrorist targeted soldiers near the museum during the presidential campaign. Paris police said the evacuation was a “precautionary measure.”

Some 50,000 security forces are guarding voting stations and other sites around France for Sunday’s runoff between Macron and far-right leader Marine Le Pen.

Campaign spokeswoman Pauline Calmes told The Associated Press that the Esplanade du Louvre, in downtown Paris, was evacuated on Sunday as a precaution. She did not specify the nature of the threat, but says police ordered the evacuation.

Macron picked the dignified internal courtyard of the renowned palace-turned-museum as the location for his celebration party.