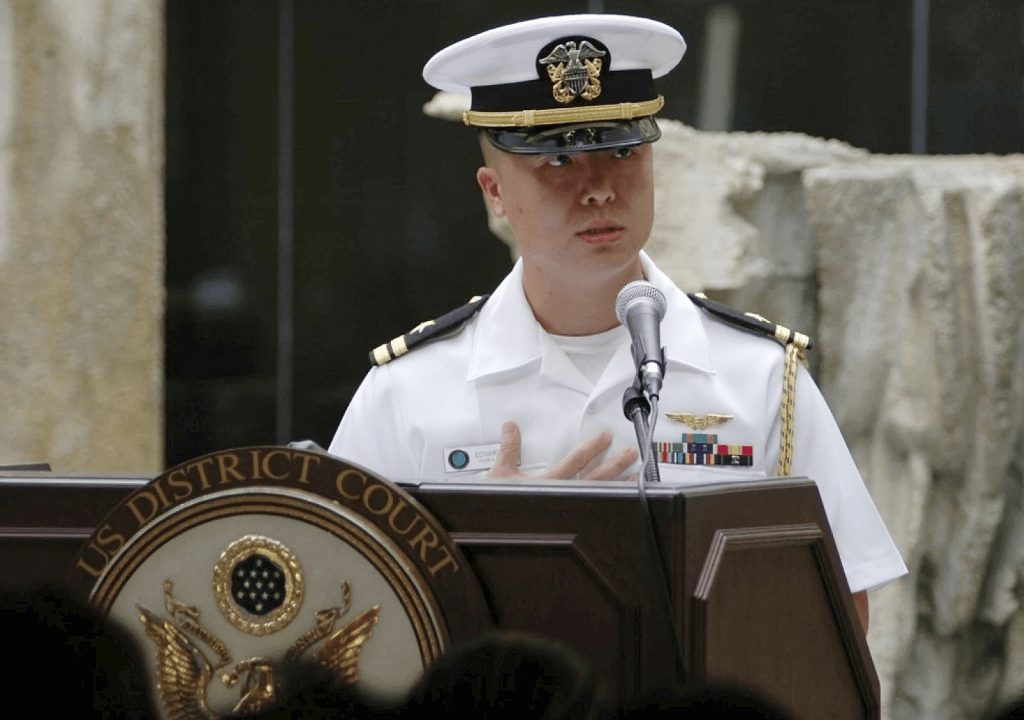 A Taiwan-born Navy officer accused of espionage struck a deal with the U.S. government and agreed Thursday to plead guilty to several charges, but not to spying involving China or Taiwan.

Lt. Cmdr. Edward C. Lin is pleading guilty to mishandling classified information, communicating national defense information, failing to report foreign contacts and lying about where he was going to while on leave.

Lin and his attorneys were hashing out the deal in a Navy court in Norfolk. A Navy judge plans to go through the details of Lin’s crimes Thursday afternoon.

Court documents did not reveal whom Lin was accused of spying for. But officials told The Associated Press last year that the country involved is China or Taiwan, and possibly both.

Lin’s sister, Jenny Lin, wrote to members of Congress last year and said there is not enough evidence to support the charges.

An official list of Lin’s Navy assignments said he joined the service in December 1999 as an enlisted sailor and attended Navy nuclear training at Charleston, South Carolina, from 2000 to 2002. He then attended Officer Candidate School and gained his commission in May 2002.

He attended the Navy War College at Newport, Rhode Island, and served for nearly two years in Washington on the staff of the assistant secretary of the Navy for financial management and comptroller.

His official Navy biography says he was assigned to the Special Projects Patrol Squadron at Kaneohe, Hawaii, from Feb. 15, 2014, to March 25, 2016.

A Navy press release about Lin’s attendance at his naturalization ceremony in Hawaii in December 2008 said he was 14 when he and his family left Taiwan.

“I always dreamt about coming to America, the ‘promised land,’” Lin was quoted as saying. “I grew up believing that all the roads in America lead to Disneyland.”