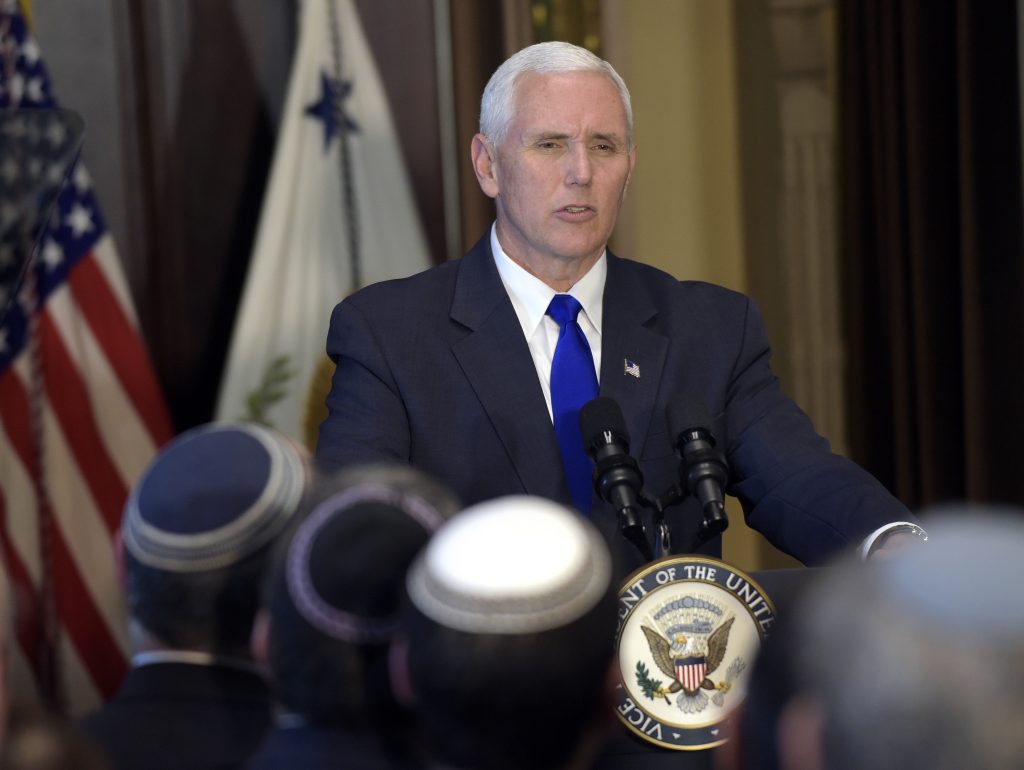 Moving the U.S. embassy to Yerushalayim is a politically charged act that would anger Palestinians who want east Yerushalayim, which was captured in 1967, as a future capital and part of their sovereign territory. Such a move would also distance the U.S. from most of the international community, including its closest allies in Western Europe and the Arab world.

President Trump had pledged during the presidential campaign to move the embassy, if elected. The White House says the idea is still under discussion.

“The president of the United States, as we speak, is giving serious consideration into moving the American embassy in Tel Aviv to Jerusalem,” Pence said, uttering his biggest applause line during remarks at the Israeli Independence Day Commemoration event in an ornate room in the Eisenhower Executive Office Building next to the White House.

“To be clear, the president has also personally committed to resolving the Israeli and Palestinian conflict,” the vice president added. Pence also sought to reassure the audience that, while compromises will have to be made, President Trump “will never compromise the safety and security of the Jewish state of Israel — not now, not ever.”

President Trump and PA leader Abbas are expected during their meeting on Wednesday to address options for pursuing peace between Israelis and Palestinians.

President Trump broke with longtime U.S. policy in February when he withheld clear support for an independent Palestine, saying he could endorse a one-nation solution to the conflict.

At a White House news conference in February with Prime Minister Binyamin Netanyahu, President Trump was asked whether he was ready to give up on the idea of a two-state solution to the conflict. President Trump said he was “looking at two-state and one-state, and I like the one that both parties like. I’m very happy with the one that both parties like. I can live with either one.”

He also asked Israel to “hold off” on Jewish construction in Yehudah and Shomron.