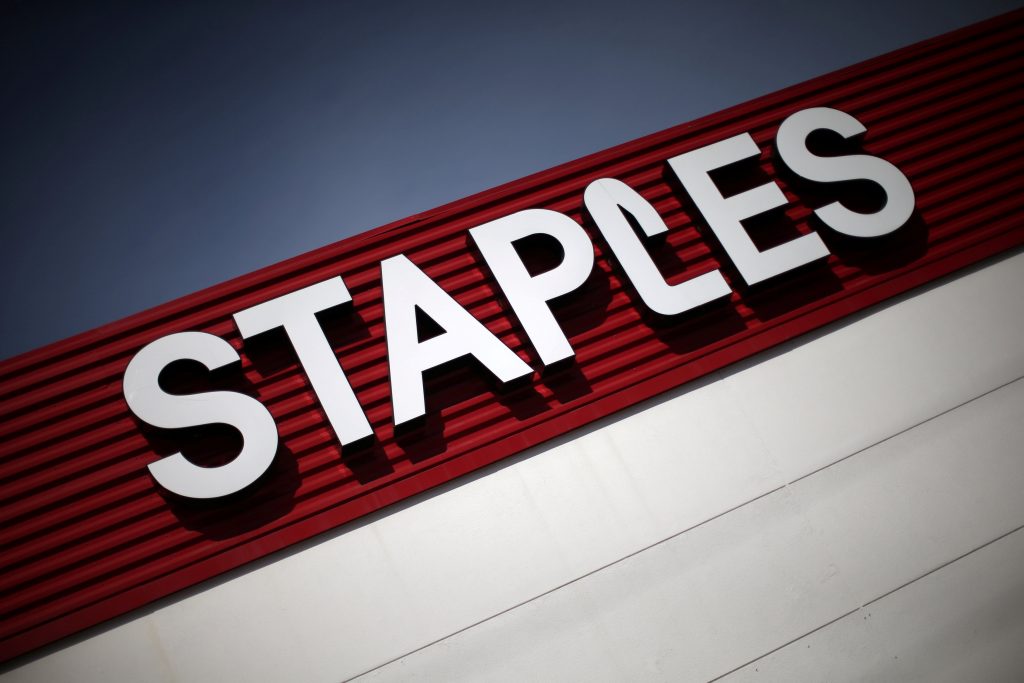 Staples Inc. is overhauling its marketing as part of a high-stakes pivot away from what it was built on — selling low-priced office supplies at big stores.

The rebranding campaign kicks off next week with nationwide media commercials in which stores are nonexistent and products are only shown in passing. There’s no mention of discounts either.

Instead, the spots star and extol office and building managers as they fix copy machines, clean up spills and restock the breakroom — all with the help of Staples’ delivery business. These are precisely the workers the company sees as crucial to its revival from years of falling sales because they make the purchasing decisions for more than a million U.S. small businesses.

“We wanted to tell a new Staples story,” said Frank Bifulco, the company’s chief marketing officer. “It’s going to convey to all audiences that Staples is much more than a retail office-supply company.”

After U.S. regulators blocked the company last year from buying smaller rival Office Depot Inc., Staples shifted from consolidation mode. Instead, it began to aggressively pursue customers in the $80 billion-a-year U.S. midmarket — or businesses with fewer than 200 employees. Staples currently has less than 5 percent of that market. The plan includes adding 1,000 people to its sales staff, acquiring regional distributors, and offering memberships and services to make office and facilities management easier.

This is all part of the company’s push to expand its delivery business, which offers customers a sales representative and online ordering. This division was already generating more revenue than the brick-and-mortar stores, which have struggled as more consumers shop online. Staples, based in Framingham, Massachusetts, still has about 1,500 locations, but continues to pare the number down.

While delivery has been a key part of the company’s history since 1993 — just seven years after Staples was founded — it’s barely been mentioned in advertising. The focus has always been the physical store, but that’s not where the company sees its future. By 2020, it expects only 20 percent of revenue to come from retail locations — down from about 40 percent now. The rest will be generated by delivery and online sales.

Having the delivery unit already in place gives Staples a concrete way to veer off the dubious path that many of its retail peers are headed down. The company wants to be seen as a business-to-business “solutions partner” that “makes the workplace work,” Chief Executive Officer Shira Goodman said in an interview earlier this year.

That’s reinforced in the commercials, with the new corporate slogan “It’s Pro Time” replacing “Make More Happen.” One 30-second spot portrays office and facilities managers taking pride in their work as the voice-over says, “It’s not always easy to summon your pro, but once you’ve found it, you’ll find you can do anything.”

That theme will be weaved into the company’s back-to-school shopping campaign — with moms being treated as the pros, Bifulco said.

“Levity has been part of how we communicated, and we’ve done that extremely well on occasion; and other times we kind of did not,” Bifulco said. “We have moved away from that. We’re honoring and celebrating work.”