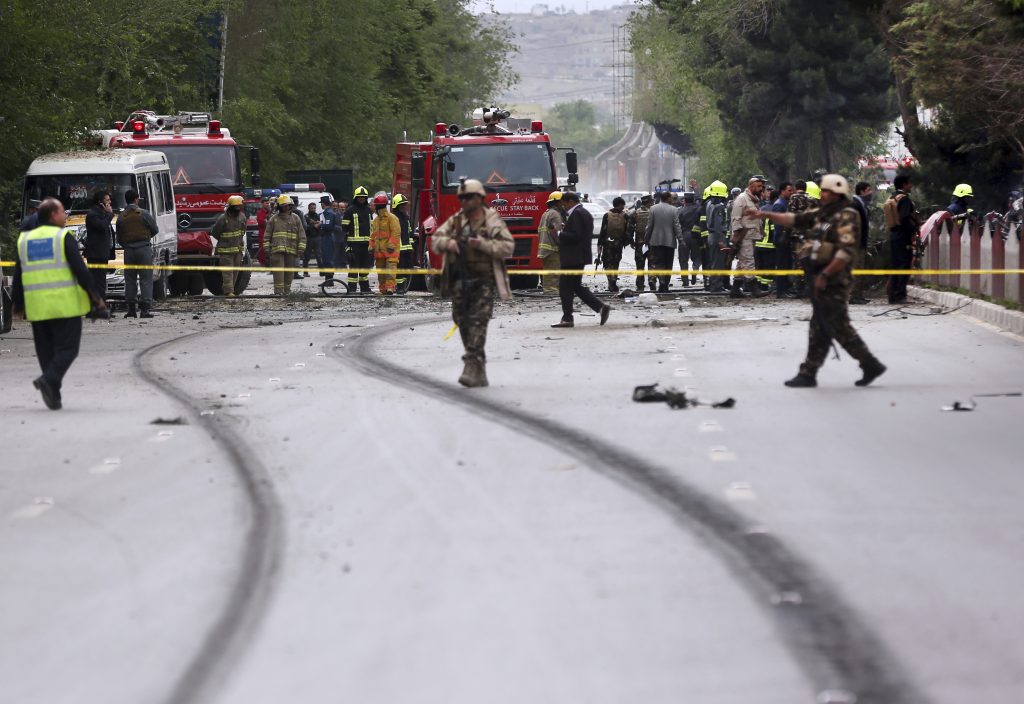 Najib Danish, deputy spokesman for the Interior Ministry, said another 25 Afghan civilians were wounded in the morning rush-hour attack near the U.S. embassy, which destroyed several civilian vehicles.

No one immediately claimed the attack, but the Taliban announced the start of their annual spring offensive on Friday, and have repeatedly targeted Afghan and U.S. forces in the past.

Afghan forces have struggled to contain the Taliban since the U.S. and NATO officially concluded their combat mission at the end of 2014, switching to a support and counterterrorism role. The U.S. has more than 8,000 troops in the country.