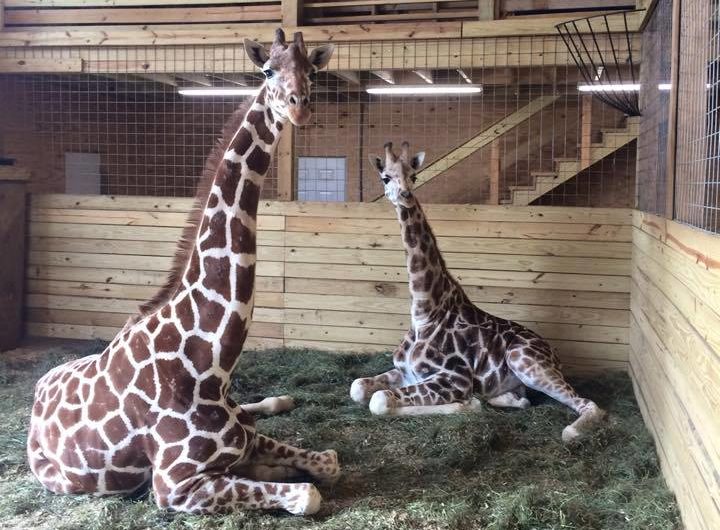 A baby giraffe born at an upstate zoo was named Tajiri, a Swahili word that means hope.

Animal Adventure Park owner Jordan Patch announced the name on Monday for the male calf born April 15 to his mother, April. The name was the winning entry in the zoo’s online contest. The giraffe will be called “Taj” for short.

The contest to name the calf charged $1 per vote. The proceeds will be split among zoo upgrades, wild giraffe conservation and for children with unexpected medical expenses.