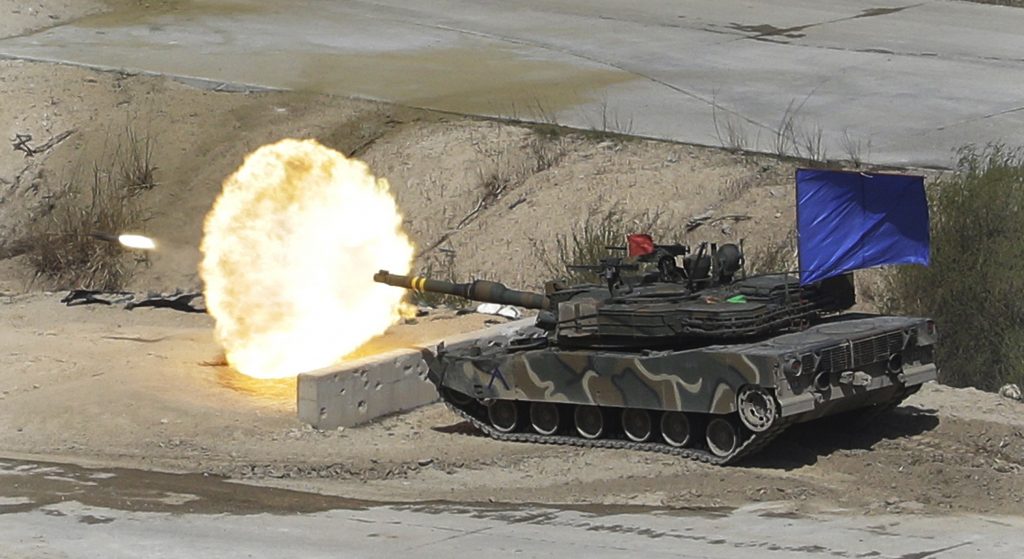 North Korea suggested on Monday it will continue its nuclear weapons tests, saying it will bolster its nuclear force “to the maximum” in a “consecutive and successive way at any moment” in the face of what it calls U.S. aggression and hysteria.

President Donald Trump has said a “major, major conflict” with North Korea is possible over its nuclear and ballistic missile programs, while China said last week the situation on the Korean peninsula could escalate or slip out of control.

In a show of force, the United States has sent the nuclear-powered USS Carl Vinson aircraft carrier group to waters off the Korean peninsula to join drills with South Korea to counter a series of threats of destruction from North Korea, formally known as the Democratic People’s Republic of Korea (DPRK).

“Now that the U.S. is kicking up the overall racket for sanctions and pressure against the DPRK, pursuant to its new DPRK policy called ‘maximum pressure and engagement’, the DPRK will speed up at the maximum pace the measure for bolstering its nuclear deterrence,” a spokesman for North Korea’s foreign ministry said in a statement carried by its official KCNA news agency.

North Korea’s “measures for bolstering the nuclear force to the maximum will be taken in a consecutive and successive way at any moment and any place decided by its supreme leadership,” the spokesman said.

Reclusive North Korea has carried out five nuclear tests and a series of missile tests in defiance of U.N. Security Council and unilateral resolutions. It has been conducting such tests at an unprecedented rate and is believed to have made progress in developing intermediate-range and submarine-launched missiles.

It test-launched a missile on Saturday, which Washington and Seoul said was unsuccessful, but which nevertheless drew widespread international condemnation.

South Korea said the United States had reaffirmed it would shoulder the cost of deploying the Terminal High Altitude Area Defense (THAAD) antimissile system to counter the North Korean threat, days after Trump said Seoul should pay for the $1 billion battery.

In a telephone call on Sunday, Trump’s national security adviser, H.R. McMaster, reassured his South Korean counterpart, Kim Kwan-jin, that the U.S. alliance with South Korea was its top priority in the Asia-Pacific region, the South’s presidential office said.

Trump, asked about his message to North Korea after the latest missile test, told reporters: “You’ll soon find out,” but did not elaborate on what the U.S. response would be.

Trump stepped up his outreach to allies in Asia over the weekend to discuss the North Korean threat and make sure all are “on the same page” if action is needed, a top White House official said.

“There is nothing right now facing this country and facing the region that is a bigger threat than what is happening in North Korea,” White House Chief of Staff Reince Priebus told the ABC.

The THAAD deployment has drawn protests from China, which says the powerful radar that can penetrate its territory will undermine regional security, and from residents of the area in which it is being deployed, worried they will be a target for North Korean missiles.

The United States is seeking more help from China, the North’s major ally, to rein in Pyongyang’s nuclear and missile development. Trump, in the Reuters interview, praised Chinese counterpart Xi Jinping as a “good man.”

North Korea, technically still at war with the South after their 1950-53 conflict ended in a truce, not a treaty, regularly threatens to destroy the United States, Japan and South Korea and has said before it will pursue its nuclear and missile programs to counter perceived U.S. aggression.