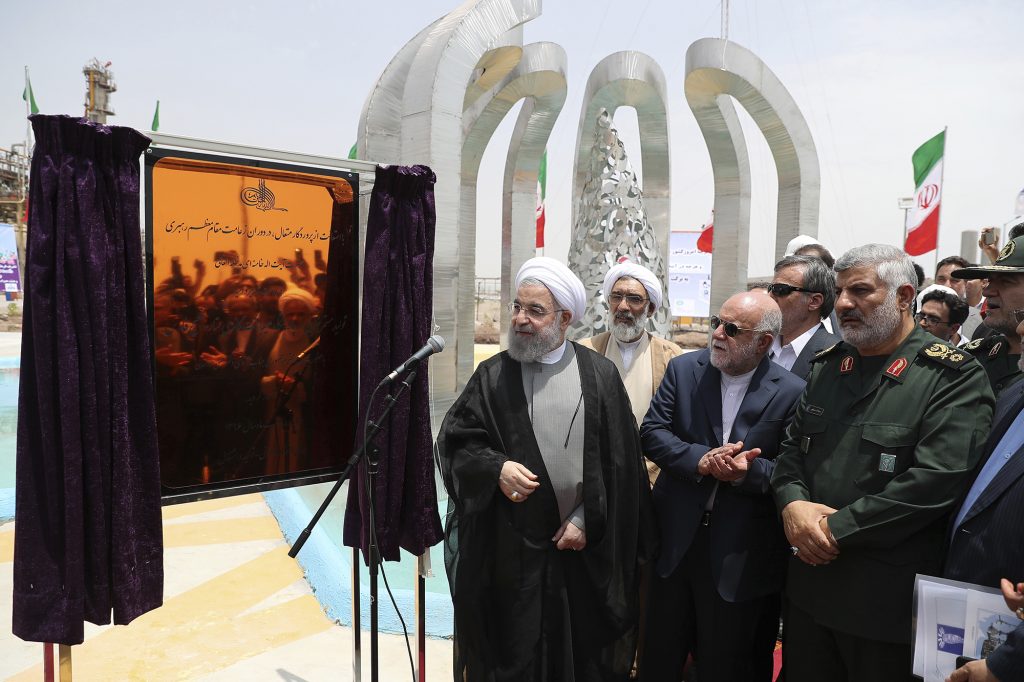 Iran has become self-sufficient in producing the amount of gasoline the country requires on a daily basis, the official IRNA news agency reported on Sunday.

President Hassan Rouhani inaugurated a new refinery that produces some 12 million liters (3.17 million gallons) of gasoline in its first phase, according to the report.

The report said the refinery in the port city of Bandar Abbas, some 750 miles (1,205 kilometers) south of Tehran, is capable of producing 36 million liters (9.5 million gallons) of gasoline per day after it is completed in 2018.

Rouhani said a 2015 landmark nuclear deal with world powers contributed to reaching the operation stage of the project. The deal capped Iran’s nuclear activities in return for lifting sanctions.

If the agreement hadn’t been reached, Rouhani said, “this giant refining unit would never go online.”

Rouhani answered the criticism by hardliners who say Iran gave too much in return for too little under the deal. He is running for re-election in the May 19 presidential election in which hard-line rivals blame longstanding problems such as unemployment and recession on Rouhani’s 4-year-old administration.

“Those who say we have not seen results from the deal, come to the refinery and see all the related equipment that has been imported into the country without any hassle,” he said.