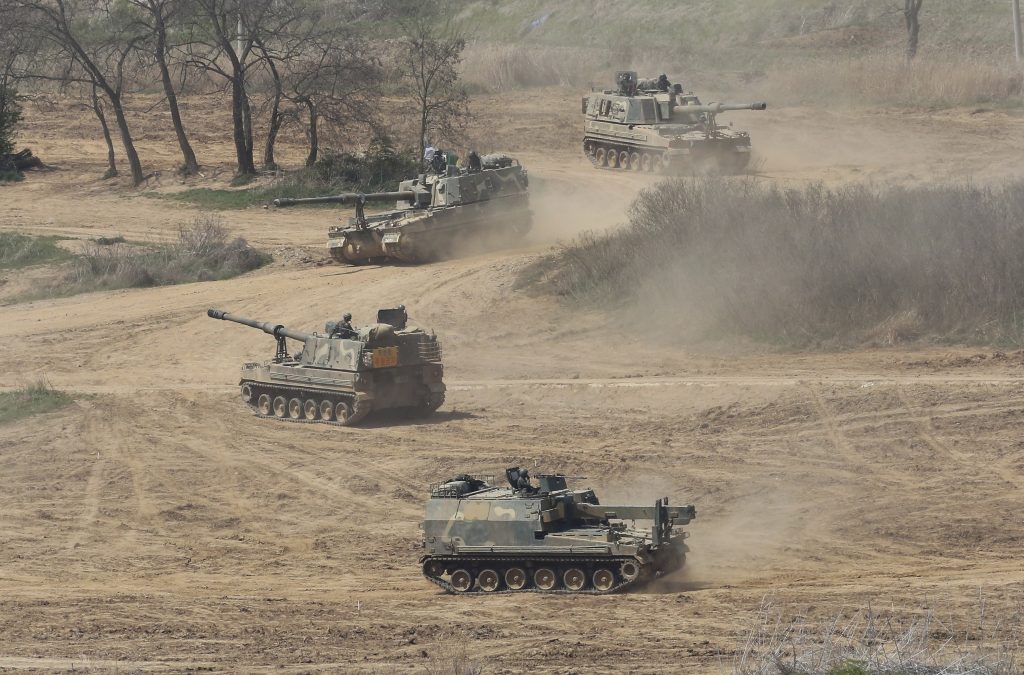 President Donald Trump said in a media interview to be aired Sunday that he believes China’s president has been putting pressure on North Korea as it pursues its missile and nuclear weapons programs.

In an interview with CBS, President Trump said he won’t be happy if North Korea conducts a nuclear test and that he believes Chinese President Xi Jinping won’t be happy, either.

On Saturday, a North Korean mid-range ballistic missile apparently failed shortly after launch, South Korea and the United States said, the third test-fire flop just this month but a clear message of defiance as a U.S. supercarrier conducts drills in nearby waters.

North Korean ballistic missile tests are banned by the United Nations because they’re seen as part of the North’s push for a nuclear-tipped missile that can hit the U.S. mainland. The latest test came as U.S. officials pivoted from a hard line to diplomacy at the U.N. in an effort to address what may be Washington’s most pressing foreign policy challenge.

North Korea didn’t immediately comment on the launch, though its state media on Saturday reiterated the country’s goal of being able to strike the continental U.S.

The timing of the North’s test was striking: Only hours earlier the U.N. Security Council held a ministerial meeting on Pyongyang’s escalating weapons program. North Korean officials boycotted the meeting, which was chaired by U.S. Secretary of State Rex Tillerson.

South Korea’s Joint Chiefs of Staff said in a statement that the missile flew for several minutes and reached a maximum height of 44 miles before it apparently failed.

It didn’t immediately provide an estimate on how far the missile flew, but a U.S. official, speaking on condition of anonymity to discuss sensitive matters, said it was likely a medium-range KN-17 ballistic missile. It broke up a few minutes after the launch.

Japan’s Chief Cabinet Secretary Yoshihide Suga, speaking after a meeting of Japan’s National Security Council, said the missile is believed to have traveled about 30 miles and fallen on an inland part of North Korea.

Analysts say the KN-17 is a new Scud-type missile developed by North Korea. The North fired the same type of missile on April 16, just a day after a massive military parade where it showed off its expanding missile arsenal, but U.S. officials called that launch a failure.

Some analysts say a missile the North test-fired April 5, which U.S. officials identified as a Scud variant, also might have been a KN-17. U.S. officials said that missile spun out of control and crashed into the sea.

Moon Seong Mook, a South Korean analyst and former military official, says that the North would gain valuable knowledge even from failed launches as it continues to improve its technologies for missiles. The South Korean and Japanese assessments about Saturday’s launch indicate that the North fired the missile from a higher-than-normal angle to prevent it from flying too far, he said.

“They could be testing a variety of things, such as the thrust of the rocket engine or the separation of stages,” Moon said. “A failure is a failure, but that doesn’t mean the launch was meaningless.”

The two earlier launches were conducted from an eastern coastal area, but Saturday’s missile was fired in the west, from an area near Pukchang, just north of the capital, Pyongyang.

South Korea’s Foreign Ministry denounced the launch as an “obvious” violation of United Nations resolutions and the latest display of North Korea’s “belligerence and recklessness.”

“We sternly warn that the North Korean government will continue to face a variety of strong punitive measures issued by the U.N. Security Council and others if it continues to reject denuclearization and play with fire in front of the world,” the Ministry said.

Saturday’s launch comes at a point of particularly high tension. President Trump has sent a nuclear-powered submarine and the USS Carl Vinson aircraft supercarrier to Korean waters, and North Korea this week conducted large-scale, live-fire exercises on its eastern coast. The U.S. and South Korea also started installing a missile defense system that is supposed to be partially operational within days, while their two navies began joint military drills later Saturday.

The South Korean navy said the drills are aimed at “deterring North Korea’s provocations and displaying the firm alliance between the United States and South Korea.”