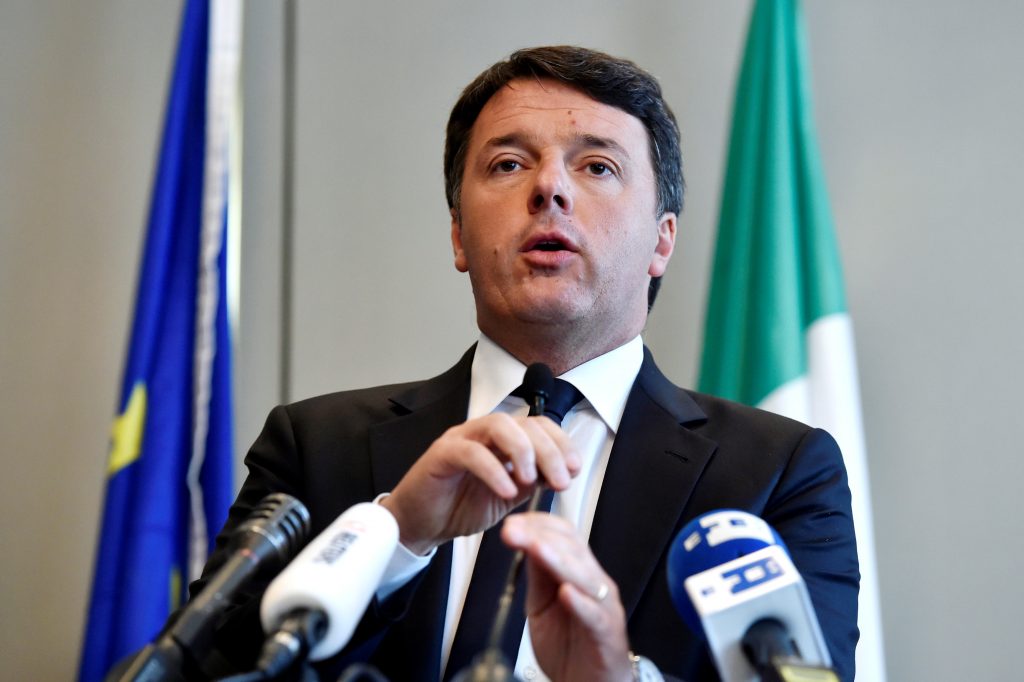 Matteo Renzi, staging a political comeback less than five months after resigning as Italy’s prime minister, easily regained the leadership of the ruling Democratic Party (PD) on Sunday with an overwhelming victory in a primary election among party supporters.

According to partial results, Renzi had about 72 percent of the vote, held in makeshift polling booths around the country. About 2 million party members voted in the primary. Justice Minister Andrea Orlando had 19 percent while Michele Emiliano, the governor of the southern Puglia region, had about 9 percent.

Both of his opponents, as well as Prime Minister Paolo Gentiloni, called to congratulate him, and Renzi gave a long victory speech at party headquarters.

“Forward together,” Renzi said to applause.

Renzi, 42, resigned as prime minister in December after a crushing defeat in a referendum over constitutional reforms aimed at streamlining lawmaking. He was replaced by Gentiloni, his foreign minister, but he quickly began planning a comeback.

With a national vote due by May 2018, polls show the ruling PD has slipped behind the anti-establishment 5-Star Movement, which questions the country’s euro membership. Renzi’s ability to counter the 5-Star surge may be crucial to fending off an existential threat to the euro zone.

Renzi, with his confrontational leadership style, has become a divisive figure, and there is no guarantee he would be named prime minister of a future coalition government even if the PD were to win the most votes during the election.

While Renzi remains the most popular politician among PD voters, the party and his own appeal look much weaker than during his heyday as prime minister, after he failed to convert his ambitious reform agenda into reality.

Renzi’s current personal approval rating is about half of the 50 percent he posted three years ago, according to the Ixe polling institute.

Polls show 5-Star now has around 30 percent of the vote and a lead of between 3 and 8 percentage points over the PD after a dispute between Renzi’s loyalists and left-wing traditionalists caused a party split in February.

“I voted for Renzi because he’s got more drive and determination than the others, but I’m not convinced he’ll get back into government,” said computer engineer Luigi Mancini, a PD supporter in Rimini on the Adriatic coast.

“With the (proportional representation) voting system we’ve got, it seems unlikely that anyone will get a majority,” he added.