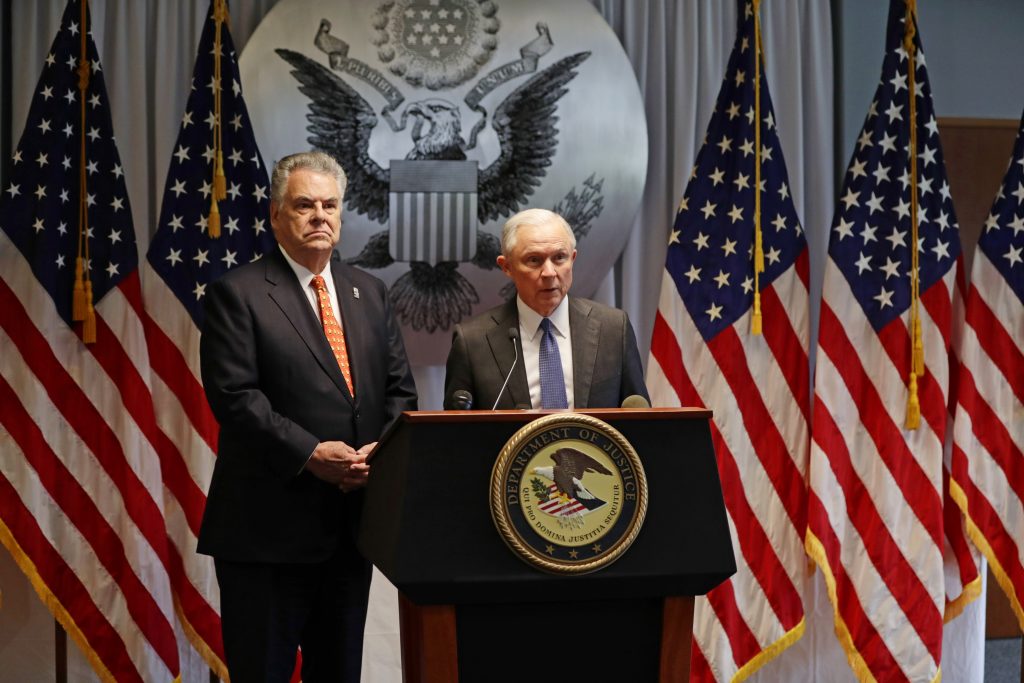 U.S. Attorney General Jeff Sessions talked tough Friday on immigration enforcement and cracking down on the MS-13 street gang, in a speech to law-enforcement officials in Central Islip, Long Island.

The attorney general’s appearance Friday comes amid a spate of violence in two communities in Central Islip. The bodies of 11 people have been found in parks and vacant lots since last September. Police believe the killings are the work of MS-13.

Sessions said that the Trump administration is standing firm on its commitment to enforce immigration laws. He also said that he is committed to helping law enforcement battle the street gangs.

He said that the killings on Long Island are an assault on law and safety, “and we’re not going to let it happen.”