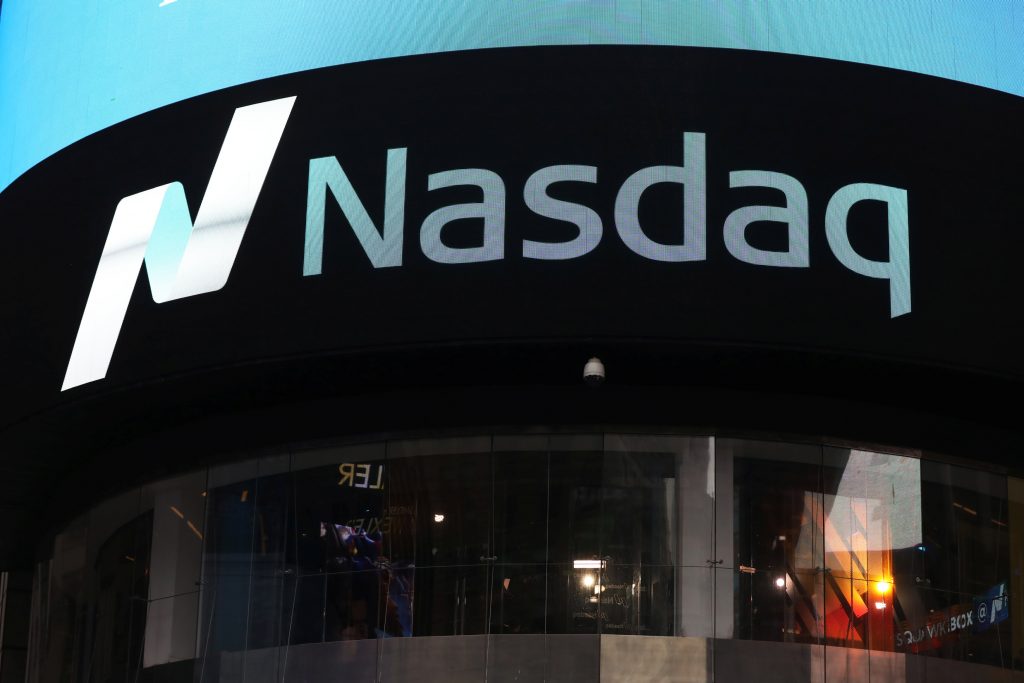 The Nasdaq crossed the 6,000 threshold for the first time on Tuesday, while the Dow registered triple-digit gains as strong earnings underscored the health of Corporate America.

The tech-heavy Nasdaq rose as much as 0.70 percent to hit a record level of 6,026.02, powered by gains in index heavyweights Apple and Microsoft.

The index had breached the 5,000 mark on March 7, 2000, and closed above that level two days later during the height of the tech boom.

Tuesday’s gains build on a day-earlier rally, which was driven by the victory of centrist candidate Emmanuel Macron in the first round of the French presidential election. Polls show Macron is likely to beat his far-right rival Marine Le Pen in a deciding vote on May 7.

Investors are also keeping a close watch on the latest earnings season, hoping that companies will be able to justify their lofty valuations, which were spurred in part by President Donald Trump’s pro-growth promises.

Overall profits of S&P 500 companies are estimated to have risen 11 percent in the first quarter — the most since 2011, according to Thomson Reuters I/B/E/S.

President Trump, who had promised to make “a big tax reform” announcement on Wednesday, has directed his aides to move quickly on a plan to cut the corporate income tax rate to 15 percent from 35 percent, a Trump administration official said on Monday.

The Dow outperformed other major sectors, largely due to a surge in Caterpillar and McDonald’s after they reported better-than-expected profits.