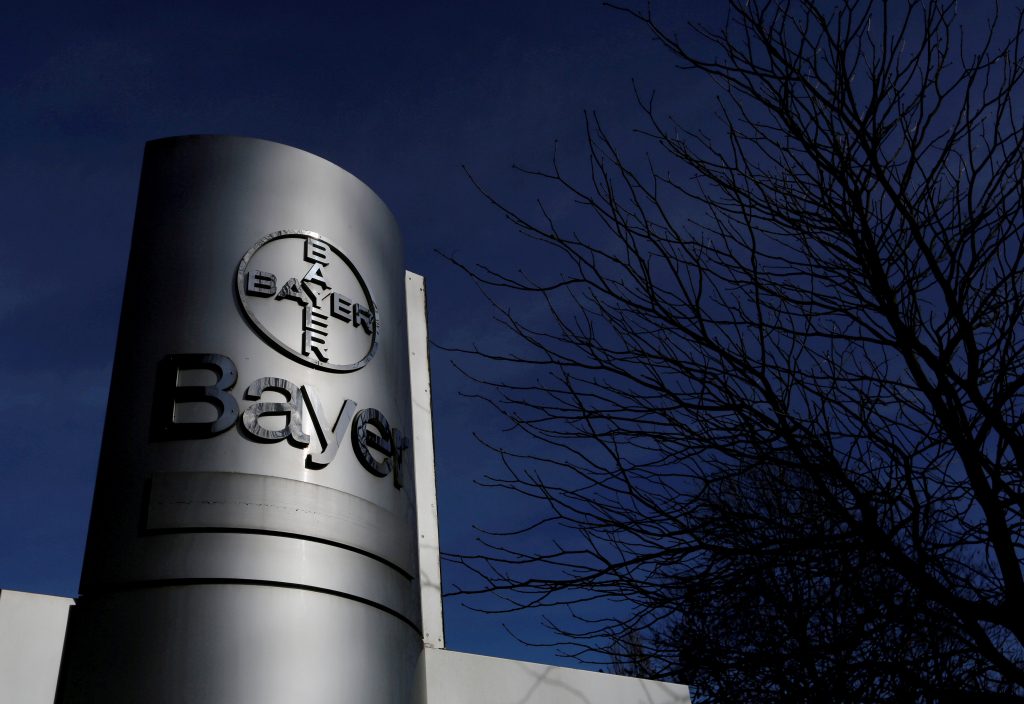 Joseph Boudreaux says taking Johnson & Johnson’s blood-thinning drug Xarelto was one of the biggest mistakes of his life.

While Xarelto was supposed to help cut his stroke risk, Boudreaux says it instead caused internal bleeding that required a week-long hospital stay in the intensive-care unit, several blood transfusions and multiple heart procedures. “I don’t want anybody else to suffer like I have from that drug,” the part-time security guard says.

Starting Monday, Boudreaux will get a chance to have jurors hold J&J and Bayer, which jointly developed Xarelto, responsible for the treatment’s potentially fatal side effects as his case in New Orleans becomes the first lawsuit targeting the medicine to go to trial.

The companies are facing more than 18,000 U.S. patient suits blaming the blood thinner for internal bleeding. The medicine also has been linked to at least 370 deaths, according to Food and Drug Administration reports.

The drug is Bayer’s top-selling product, generating $3.24 billion in sales (3 billion euros) last year and $2.5 billion (2.3 billion euros) in 2015 for the Leverkusen, Germany-based pharmaceutical company. Xarelto is J&J’s third-largest seller, bringing in $2.29 billion in 2016 as the New Brunswick, N.J., company seeks to replace revenue from its Remicade arthritis treatment, which lost patent protection a year ago.

Boudreaux’s case is the first of four suits overseen by U.S. District Judge Eldon Fallon in New Orleans slated for trial over the next three months.

“The allegations made in the Xarelto lawsuits contradict years of data on the medicine and the FDA’s determination of its safety and efficacy,” said William Foster, a spokesman for J&J’s Janssen unit that sells the drug in the U.S.

Bayer officials contend that despite some patient complaints, Xarelto’s bleeding risks are fully outlined on the medicine’s warning label and well known by prescribing doctors. “Bayer stands behind the safety and efficacy of Xarelto, and will vigorously defend it,” spokeswoman Astrid Kranz said in an emailed statement.

U.S. regulators approved Xarelto in 2011 to prevent blood clots in users undergoing knee and hip surgeries. The drug’s use has been extended to patients, such as Boudreaux, who suffer from irregular heartbeats and are at high risk of stroke.

Xarelto belongs to a new class of drugs aimed at replacing Bristol-Myers Squibb Co.’s Coumadin, which has thinned patients’ blood since the 1960s. Other new thinners include Pradaxa made by Boehringer Ingelheim GmbH, a German company that paid $650 million in 2014 to settle thousands of suits claiming it hid the medicine’s bleeding risks.

J&J and Bayer are accused of falsely marketing Xarelto as more effective at preventing strokes than Coumadin and easier to use, because Xarelto patients didn’t need frequent tests to monitor blood-plasma levels.

Lawyers for Boudreaux and other former Xarelto patients stress the drug has no antidote, so it puts some users at high risk for bleeding out if they suffer an injury. Coumadin’s blood-thinning effects can be stemmed.

“This trial is an important first step in gaining broader awareness of one of the most high-risk drug treatments in medicine today,” Andy Birchfield, one of Boudreaux’s lawyers, said in an email.

J&J and Bayer officials should have warned consumers they could be tested to gauge their Xarelto bleed-out risk, patients’ attorneys claim. The companies “concealed their knowledge of Xarelto’s defects from physicians, the FDA, the public and the medical community,” Boudreaux’s lawyers said in the filing.

According to court papers, to buttress claims the drug doesn’t pose undue risks, J&J and Bayer point to the FDA’s finding that Xarelto is “safe and effective” for patients seeking to avoid stroke-causing clots.

The pharmaceutical makers also argue Boudreaux and other patients can’t prove doctors would have avoided prescribing the drug even if they’d had the kind of bleeding warnings sought by the plaintiffs, according to court filings. “Xarelto’s label is adequate as a matter of law,” the companies’ attorneys said.

Boudreaux’s case serves as a bellwether to help decide the Xarelto claims’ strength, said David Logan, a mass-tort law professor at Roger Williams University in Rhode Island. Fallon will allow a number of such trials to see if jurors rule for patients and award damages, Williams said. “Once the results are in, the parties may feel more confident about whether to settle the remaining claims,” he said.

Xarelto cases filed in federal courts around the U.S. have been consolidated before Fallon while other suits are awaiting trials in state courts in Pennsylvania and Delaware. Fallon previously oversaw suits against Merck & Co. targeting its Vioxx painkiller that resulted in a $4.85 billion settlement.

“Judge Fallon has been through the process several times,” said Carl Tobias, who teaches product-liability law at the University of Richmond in Virginia. “He knows how to get suits to trial that will give the companies and plaintiffs a good feel for what these cases are worth.”