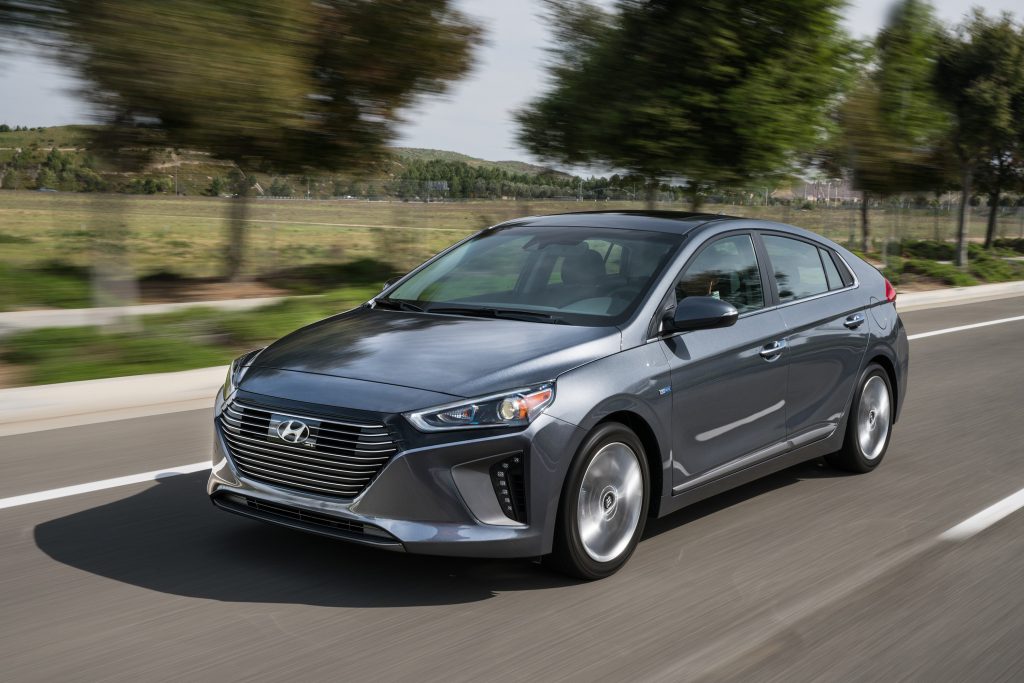 In 2011, there were 35 hybrid and electric vehicle models on the market. Today, there are 59, an increase of nearly 41 percent. But the number of such vehicles in the overall market hasn’t risen nearly as much, climbing from a meager 2.25 percent to an equally meager 2.87 percent, a 22-percent increase. Obviously, buyer enthusiasm has been lacking.

So why is Hyundai fielding a new line of hybrid and electric vehicles?

Well, they have no choice. The government is dictating automakers produce them, regardless of whether there’s consumer demand. So much for a free-market economy.

But Hyundai also thinks buyer preferences are changing on their own, noting that millennials will become the largest share of new vehicle buyers by 2020, potentially accounting for 40 percent of the market. This generation is more likely than any to consider alternate-fuel vehicles. Throw in environmental trends such as increasing urbanization and awareness of pollution issues, and you have the potential to sell boatloads of fuel-efficient vehicles, as long as they’re also fun to drive and don’t cost too much.

Enter the 2017 Hyundai Ioniq, a new dedicated line of hybrid, plug-in hybrid and electric vehicles vying for attention in a very crowded, if small, corner of the market.

Like many of its competitors, the Ioniq is a five-door hatchback. Unlike them, it’s shockingly normal looking. Given most dedicated hybrids usually resemble alien life forms, will buyers find a normal-looking hybrid acceptable? Of course they will; that’s the point.

Underneath the normality is a 1.6-liter direct-injected Atkinson-cycle four-cylinder engine. In the Ioniq Hybrid, it delivers 104 horsepower and 109 pound-feet of torque. It’s teamed with a 32-kilowatt electric motor that produces 125 pound-feet of torque from a lithium-ion polymer battery located under the rear seat. Total system output is 139 horsepower, with an EPA rating of 58 mpg in combined city-highway driving.

Choose the Ioniq plug-in hybrid and you also get more than 27 miles of pure electric driving, thanks to a more powerful 45 kW electric motor and a substantially more potent lithium ion battery. Or, you could choose the Ioniq electric, with an estimated driving range of 124 miles. Power is rated at 88 kW, or 118 horsepower, and 218 pound-feet of torque and an EPA rating of 135 mpg-e. Better yet, recharging is fairly quick, restoring the battery to 80 percent capacity in a little over 20 minutes.

Hyundai claims that its Ioniq Hybrid is uncompromised in driving dynamics, thanks to its use of a dual-clutch transmission, rather than the continuously variable automatic transmission typically used in hybrids. In addition, there are Eco, Normal, and Sport driving mode. Opting for Sport eliminates the electric-only mode, allowing the gas engine to run constantly with an assist from the electric motor. The gear ratios also change, and steering effort increases.

Couple this with specially designed Michelin tires, and you won’t get a sports sedan but a hybrid that’s more enjoyable to drive than many of its ilk. Credit the dual clutch transmission, which provides quick, prompt, unobtrusive shifts rather than the sluggish response typical of a CVT. Still, you won’t feel the intense pleasure that you would from driving a great sports car. Instead, you’ll feel relaxed as the refined driveline quietly and efficiently goes about its business. Surprisingly, there’s little regenerative braking as in other hybrids, unexpected given that Hyundai set out to design a hybrid that beats the Prius in fuel efficiency. And while the EPA says that it does, heavy use of sport mode during the test drive prevented reaching that number.

The cabin proved to be pleasingly decorated for the price, and the instrument panel has a logical layout that’s easy to operate at a glance. The cabin is admirably spacious, with good legroom, although rear headroom might be tight for taller passengers.

As you’d expect of a car looking to find favor among millennials, the Ioniq comes with Apple CarPlay, Android Auto and wireless charging for smartphones.

If this all sounds shockingly normal, well, it is.

And while the 2017 Hyundai Ioniq is not the sort of car to rev the hearts of enthusiasts, it will find favor with families. That’s because its most compelling trait is its 58 mpg EPA rating, as well as its $22,200 base price. And those are two numbers many buyers will find hard to resist.