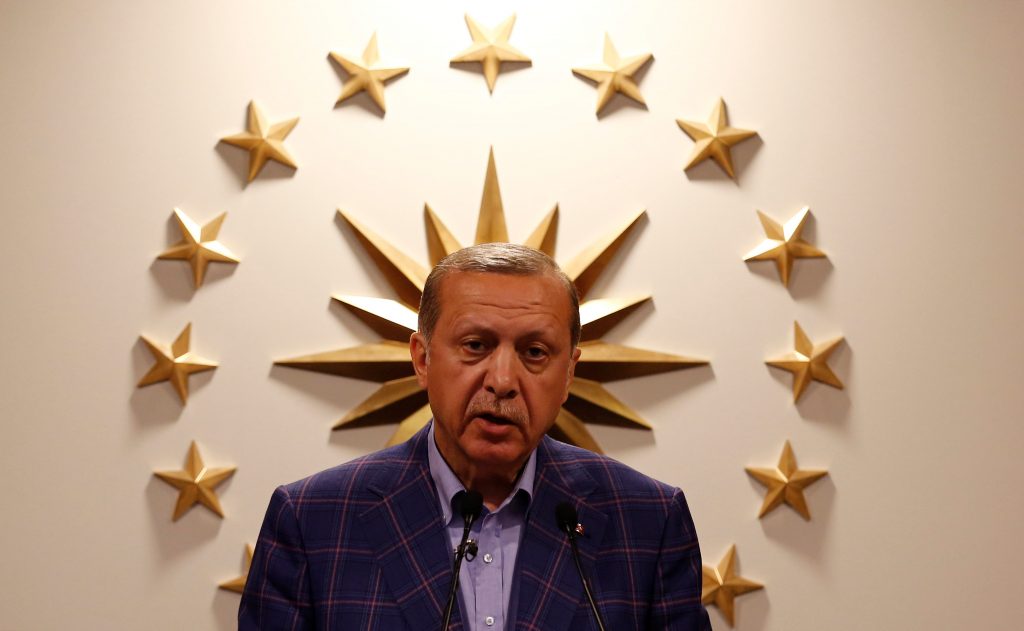 Turkish President Tayyip Erdogan said on Thursday he would meet his U.S. counterpart Donald Trump in Washington on May 16-17, in their first meeting since Mr. Trump took office in January.

Ties between the United States and Turkey have deteriorated sharply since a failed military coup in July and disagreements over U.S. support for a Kurdish militia group fighting Islamic State in Syria. Turkey sees the group as an extension of the outlawed PKK, which has waged a three-decade insurgency for Kurdish autonomy in southeastern Turkey.

Ankara is also pressing for the extradition of Fethullah Gulen, a Muslim cleric living in the United States who is accused by Mr. Erdogan of engineering the failed coup.

However, the Turkish president sees prospects for improvement in ties between the NATO allies under President Trump. The two leaders have talked on the telephone three times since the latter took office in late January, including a call on Monday after Mr. Erdogan secured a narrow win in a referendum on constitutional changes to give the president sweeping new powers.

Speaking in an interview with broadcaster A Haber, Mr. Erdogan said challenging the results of the referendum was beyond the remit of Turkey’s Constitutional Court and the European Court of Human Rights, after Turkey’s main opposition vowed to take legal action against what it said were irregularities.

“This is nothing but an attempt to make an election with 86 percent participation into a controversial matter,” he said.

Under the changes, the president will appoint the cabinet and vice-presidents and select and remove senior civil servants without parliamentary approval. Mr. Erdogan will also be allowed to reassume leadership in the AK Party he co-founded, where under the existing order he is nominally commited to party neutrality.