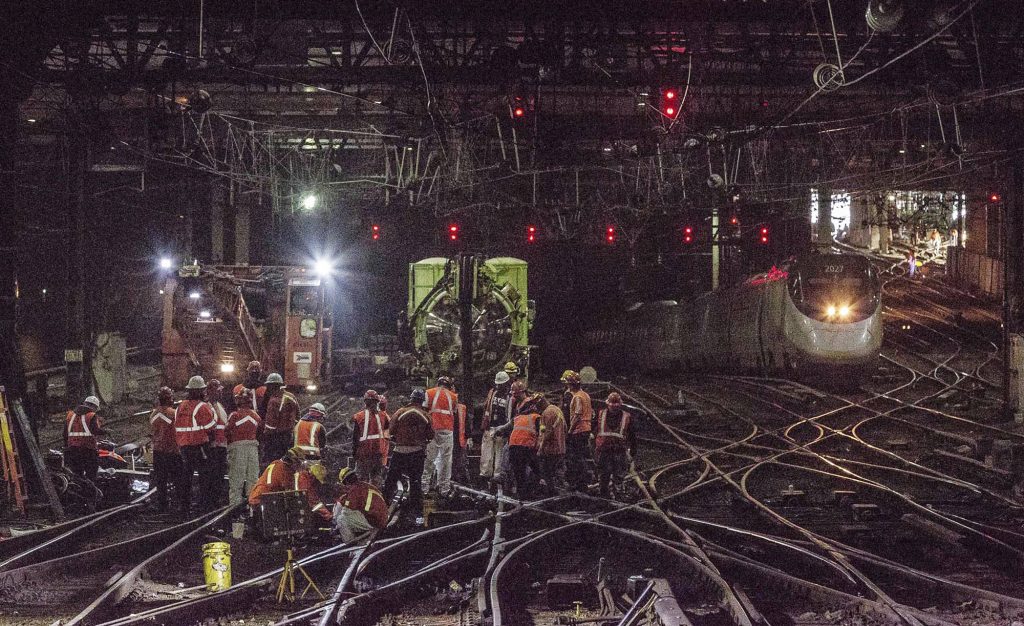 After three passenger-train mishaps in the past month underscored the fragility of New York City rail travel, Amtrak Chief Executive Officer Wick Moorman said the only solution is the $23 billion Gateway tunnel project.

“The fundamental problem is: What is plan B?” Moorman, 65, said in an interview at Bloomberg headquarters in New York. “I don’t know.”

Amtrak’s new tunnel under the Hudson River, the key component of Gateway, would be in service in 2025 at the earliest, and that’s counting on President Donald Trump to restore federal funding that in March he proposed eliminating. Service interruptions will grow more frequent for Amtrak passengers and New Jersey Transit commuters whose sole rail access to Manhattan is via a crumbling tunnel and New York City’s Pennsylvania Station, with maintenance issues of its own.

“We don’t see a catastrophic failure,” Moorman said. “We just see continued, or gradual deterioration, which at some point accelerates and you can no longer reliably maintain them. So you have a problem every week.”

The only direct train access between New Jersey and Manhattan for Amtrak and New Jersey Transit is via a pair of century-old tubes under the Hudson. Those tunnels are key for travelers on Amtrak’s Northeast Corridor, its busiest line. They operate at capacity and have less than 20 years of service left after hurricane-related damage in 2012.

On Wednesday, two New Jersey politicians, Democratic Sen. Cory Booker and Republican Gov. Chris Christie, said they will pressure Trump to commit to Gateway or risk a national economic blow in the event of catastrophic failure.

Passengers in March and April were tested by two derailments at Penn Station and the stranding of a New Jersey Transit train, with 1,200 aboard, in the aging tunnel. Amtrak has said that an ill-fitting track caused one derailment and a rotted track support caused the other. The railroads are bickering over the cause of the tunnel jam April 14.

Mr. Trump has promised to invest $1 trillion in U.S. infrastructure over 10 years, including in “transformational” projects. That plan hasn’t been detailed.

“There’s this understanding and recognition out there of how important this is,” Moorman said of the Gateway project. “I’m an optimist this will be funded somehow.”

Mr. Trump’s proposed fiscal 2018 budget outline called for slashing $2.4 billion from the Transportation Department, including future capital funding for projects such as Gateway and terminating federal support for Amtrak’s long-distance train services that “have long been inefficient and incur the vast majority of Amtrak’s operating losses.”

“This would allow Amtrak to focus on better managing its state-supported and Northeast Corridor train services,” the document said.

Amtrak said it operates 15 long-distance trains across the nation and the routes have Amtrak’s only service in 23 of the 46 states it serves — including for residents in rural communities and connecting passengers for Northeast Corridor and state-supported services.

Moorman said that previous presidential budget proposals have called for reducing or even eliminating funding for Amtrak, only to be restored by Congress. Gutting the long-distance trains doesn’t make sense because of cuts it would require elsewhere and that Amtrak’s relationship with members of Congress “is the best probably they’ve ever had” with both parties, he said.

“There’s a reasonable chance that we’ll just continue the same funding levels we’re at today, and even if we’re not, that it’ll be a nick,” Moorman said.