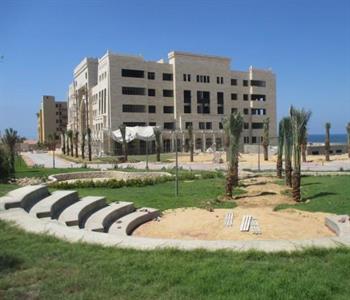 Israel has appealed to the United Nations in recent days over what officials called a “major humanitarian crisis” in Gaza. According to Israeli officials who are supposed to coordinate security issues with the Palestinians, 96 percent of the water in Gaza is not fit to drink. In a letter to the United Nations, IDF Southern Command head Yoav Mordechai pointed out that overdrawing of water from the aquifer that supplies Gaza with most of its fresh water has been poorly managed for years – leading to the current crisis.

Mordechai was responding to a letter from the U.N.’s Special Envoy to the region, Nikolai Maldenov, who expressed “concern” over the difficulties faced by Gaza residents. Maldenov called on the PA government in Ramallah to take responsibility for the situation in Gaza.

Israel has repeatedly offered to assist in the crisis by establishing a water desalination facility, but all offers have been refused by Hamas. In recent months, a desalination facility was completed, funded by UNICEF, but it requires electricity to work, and Hamas has refused to allow the Israel Electric Corporation to hook up power to the site. A second facility is in the planning stages, and Israel has been raising money for the construction of a third. These, too, Hamas has rejected.

Until the facilities are built, Israel has offered to double the amount of water it ships to Gaza, but Hamas and the Palestinian Authority have refused to discuss this solution was well.

Israel has also sought to help Gaza with electricity, Mordechai wrote in his letter to the U.N. Currently, Israel supplies 60 percent of the power used in Gaza, while a local facility supplies 30 percent, and Egypt supplies 10 percent. However, the strip is still 200 megawatts short of the total it needs. Israel has offered to build a high-tension wire which, by itself, would supply Gaza with 100 megawatts of power. In addition, Israel has already authorized the construction of a gas line that would allow the production of electricity from natural gas. All these solutions have been rejected both by Hamas and the PA, Mordechai wrote.