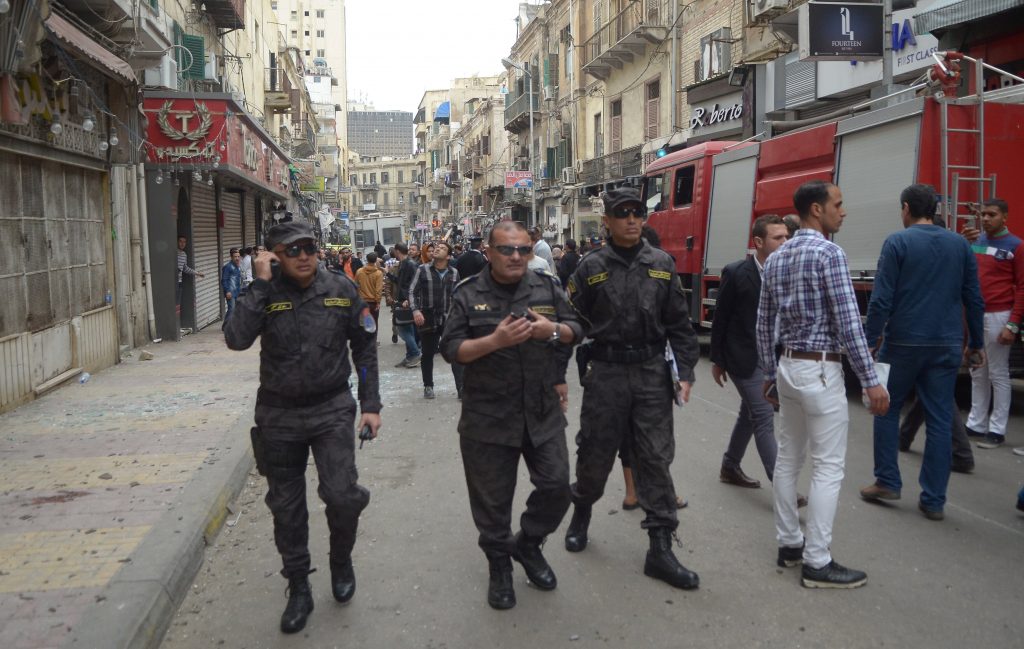 Two bombs rocked churches packed with worshippers in the Egyptian cities of Tanta and Alexandria on Sunday, killing at least 36 and injuring scores more. The assaults were the latest in a spate of attacks targeting Egypt’s Coptic Christian minority and come ahead of a scheduled visit by Pope Francis to Egypt.

The Islamic State claimed responsibility for both bombings through the Amaq news agency, which is affiliated with the Islamist militant group. Egypt’s Christian minority, who make roughly 10 percent of the population, have increasingly been targeted by Islamist extremists.

The first blast in Tanta, 80 miles north of the capital, Cairo, unfolded around 9.30 a.m., during services at St. George’s Church. The bomb, police said, was planted in the pews of the church.

Less than three hours later, a second blast erupted near Saint Mark’s Church in the northern city of Alexandria. The head of Egypt’s Coptic Church, Pope Tawadros II, was presiding over the services at the church, and his fate remained unknown.

The Health Ministry says 36 people have been killed in the attacks, 25 in Tanta and 11 in Alexandria, but the death toll is widely expected to rise.

Both churches were packed for services. After the attack in Tanta, photos appeared on social media, showing bloodstained walls and shattered wooden pews. Many of the dead were believed to be children, according to initial local media reports.

On Sunday, Pope Francis denounced the bombings and expressed “his deep condolences” to Tawadros II and “all of the dear Egyptian nation.”

In December, the Islamic State claimed responsibility for a bombing of Cairo’s Coptic Cathedral complex that killed at least 25 people and wounded 49. It was the deadliest attack on the community in years, and marked a shift in the Islamic State’s strategy to make Christians a primary target in their campaign against the government.

More recently, hundreds of Christians fled Egypt’s volatile Sinai Peninsula after militants aligned with the Islamic State affiliate there killed several Christians, attacking in their homes or in drive-by shootings. In a video, the Sinai-based affiliate warned that it would escalate attacks against the nation’s Christians.

The Catholic Archbishop of Egypt, Bishop Emmanuel, told journalists at a news conference on Friday that the Pope’s visit was meant to send a message that Egypt was safe.

The Pope is scheduled to meet Egypt’s president, Abdel-Fattah el-Sissi, and leaders of the Catholic diocese in the country. And in an effort to improve relations between Muslims and Christians, the pope is also expected to meet with grand imam of Al Azhar, a centuries old mosque and university, widely respected by Sunni Muslims.