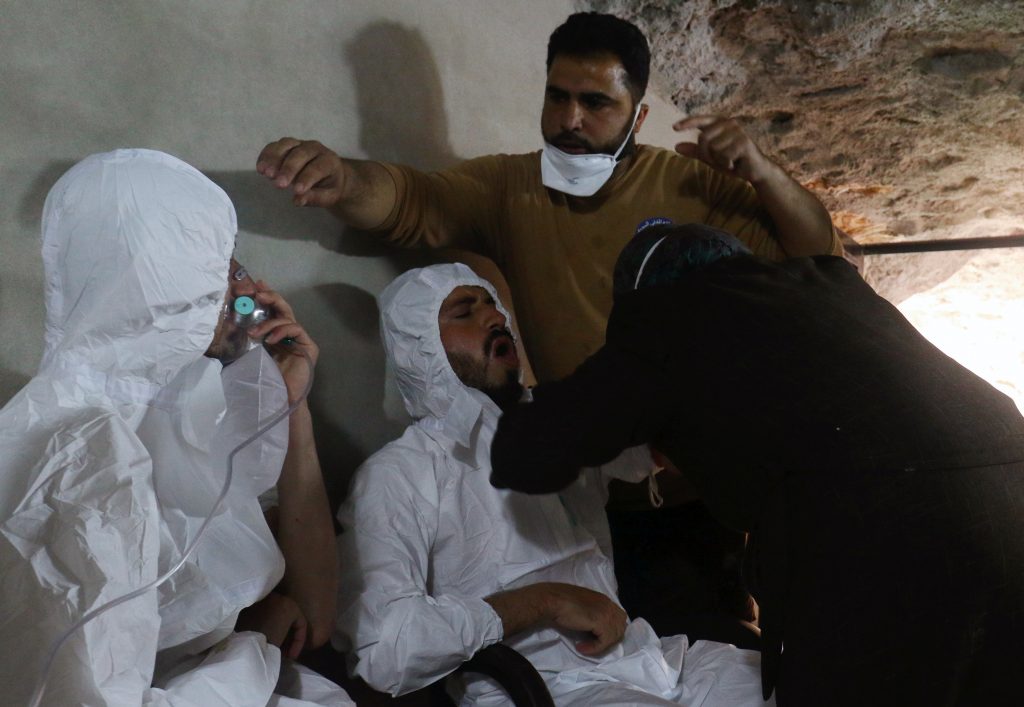 Official Israel on Friday lined up to applaud the U.S. attack on an air force base in Syria overnight Thursday. In a statement, Prime Minister Binyamin Netanyahu said that Israel “fully supports” the American action. “In both word and action, President Trump sent a strong and clear message today that the use and spread of chemical weapons will not be tolerated. Israel fully supports President Trump’s decision and hopes that this message of resolve in the face of the Assad regime’s horrific actions will resonate not only in Damascus, but in Tehran, Pyongyang and elsewhere,” the statement by Netanyahu’s office said.

In a conversation Thursday with PM Netanyahu, Russian President Vladimir Putin slammed the Israeli leader for “jumping to conclusions” on Assad’s responsibility for the chemical weapons attack that killed at least 70 people, including 11 children, in the Syrian town of Khan Sheikhoun in Idlib Province on Tuesday. In a statement, the Kremlin said that President Putin pointed out to PM Netanyahu that “it was unacceptable to make groundless accusations against anyone without conducting a detailed and unbiased investigation.” Russia has claimed that it was Syrian rebels who were responsible for the chemical attack.

In a statement, the IDF said that it had been informed in advance of the U.S. action, and had taken “appropriate action to ensure that Israel was prepared” for any consequences of the bombing.

President Reuven Rivlin also praised the American move. “The determined and clear actions of the American administration and army led by President Trump against the use of chemical weapons on civilians are a worthy response to inconceivable cruelty. The U.S. has presented the free world with an excellent example, and we are all obliged to support any step it takes to finally end the horrors that are taking place in Syria.”

Zionist Camp head and opposition leader Yitzchak Herzog said on Israel Radio that the attack was “an important message to the Butcher of Damascus.” The decision to attack Syria “was done at the right time, the right place, and in response to the right situation.”

Also commenting Friday on the attack was Israel Transportation Minister Yisrael Katz, who told Army Radio that “the U.S. is returning to its leadership role in the Middle East, and in a major way. Unlike the previous policy that failed and led to the strengthening of Iran. There are things that only a world power like the United States can do.”