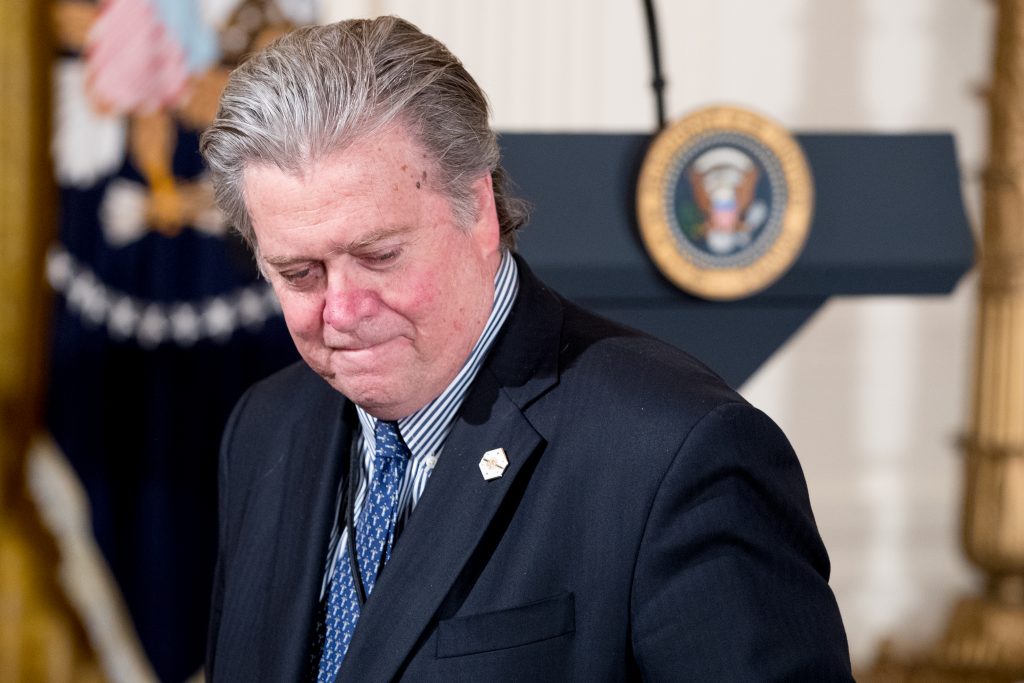 President Donald Trump reorganized his National Security Council on Wednesday, removing his chief strategist, Stephen Bannon, and downgrading the role of his Homeland Security Adviser, Tom Bossert, according to a person familiar with the decision and a regulatory filing.

Under the move, the national intelligence director, Dan Coats, and the chairman of the Joint Chiefs of Staff, Marine Corps Gen. Joseph Dunford, are again “regular attendees” of the NSC’s principals committee.

Bannon, the former executive chairman of Breitbart News, was elevated to the National Security Council’s principals committee at the beginning of Trump’s presidency. The move drew criticism from some members of Congress and Washington’s foreign-policy establishment.

A White House official said that Bannon was placed on the committee in part to monitor Trump’s first national security adviser, Michael Flynn, and never attended a meeting. He’s no longer needed with McMaster in charge of the council, the official said.

Trump fired Flynn on Feb. 13 for not disclosing to the president or to Vice President Mike Pence the extent of his conversations with Russia’s ambassador to the U.S., Sergey Kislyak, before Trump’s inauguration.