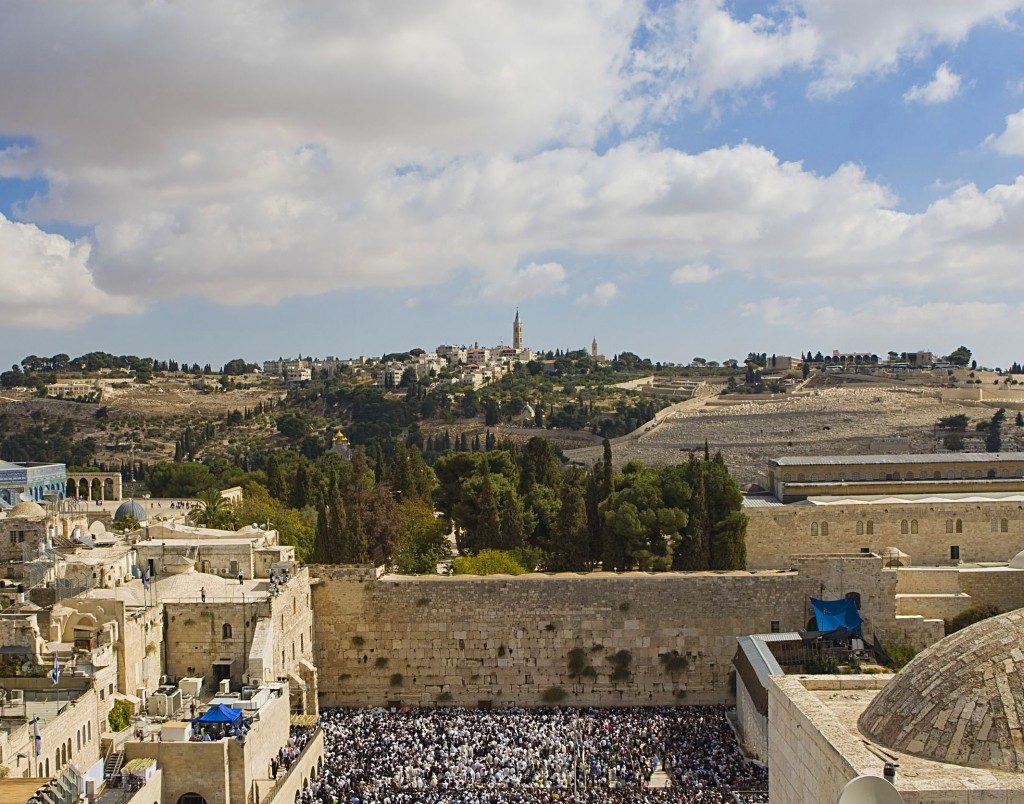 When the Jewish tenant heard that his employer, the local poritz, wanted to attend his Seder, he was distinctly unhappy with the idea of hosting the coarse Polish landowner, but was cognizant of the fact that for all practical purposes he had no choice in the matter. As it turned out, the poritz had no intention of being a silent bystander. He forcefully demanded an explanation of every segment of the Seder, as well as a running interpretation of the Haggadah.

“Now we are in exile, subjugated under the rule of the gentiles,” the Yid explained. “We beseech Hashem that in the coming year we will be free, and in Yerushalayim.”

The following year, the poritz renewed his request to partake in the Seder, and once again the Yid very reluctantly agreed. Once more, the Yid was forced to translate the entire Haggadah into Polish for the benefit of the poritz. When they arrived at Nirtzah, and “L’shanah habaah biYerushalayim” was recited and duly translated, the poritz had a question.

“Didn’t you make this request last year? Why are you repeating it again?” he wanted to know.

“It seems that we weren’t worthy this year of being redeemed,” the Yid explained. “But we hope that in the coming year we will be.”

The next year, the poritz again joined the Seder, and at Nirtzah, yet again questioned the recital of “L’shanah habaah biYerushalayim.”

“You asked for it two years ago, and again last year,” the poritz reminded him.

Clearly uncomfortable, the Yid came up with a different excuse why the Geulah had not yet happened, and reiterated his hope that the coming year they would indeed be in Yerushalayim.

A year later the poritz attended the Seder for the fourth year in a row. When they arrived at Nirtzah, the Yid burst into tears.

“Ribbono shel Olam,” he cried out, “help us already! I am embarrassed in front of the poritz. Every year I give him a different excuse…”

What is the connection between these two statements — the invitation to the hungry to join the Seder, and our plea for the Geulah?

One approach is that we begin the Seder by addressing the feelings of the poor and the destitute who are unable to afford a Seder of their own and are forced to eat in the homes of others.

We console them by telling them that while this year they “are here” — i.e., in such dire straits, b’ezras Hashem, in the coming year, they will be hosts at their own tables in Yerushalayim, free from the challenges they are currently experiencing.

“Don’t allow yourselves to feel despondent,” we tell our indigent guests, and we encourage them to contemplate the miracle of Yetzias Mitzrayim. If the Ribbono shel Olam wouldn’t have extricated us from that bitter captivity, we, and all our descendants, would continue to be slaves in Egypt. Those facing the anguish of poverty should fill their hearts with hope that their suffering will also come to an end, and already tonight act in a manner of cheirus, like free individuals. (Based on the teachings of the Avudraham and the Vilna Gaon.)

Another approach is that the open invitation also alludes to the fact that because we are currently unable to bring a korban Pesach, anyone can join at the last minute. When we merit the rebuilding of the Beis Hamikdash, the korban Pesach will only be eaten by the pre-arranged members of each chaburah. Therefore, we immediately see to console ourselves with a tefillah of hope that in the coming year we will merit to eat the korban Pesach in the rebuilt Yerushalayim.

It is very telling that we begin and conclude the Seder with passionate pleas for the Geulah. The night we celebrate our redemption from Egyptian exile is a most auspicious time to implore Hashem for our redemption from our current exile. Again and again during the Seder, we seek to remind ourselves of the miracles we merited on this night, as well as what we lost when the Beis Hamikdash was destroyed, and what we hope to regain very soon.

This is a night designated to fortify ourselves with emunah and bitachon that the Ribbono shel Olam will help each and every one of us as we seek to overcome the obstacles of our personal galus. Most crucially, it is a night to beseech Hashem for the Geulah Sheleimah — for the sake of His exalted Name. All of us are already embarrassed in front of the poritz; we have run out of excuses.