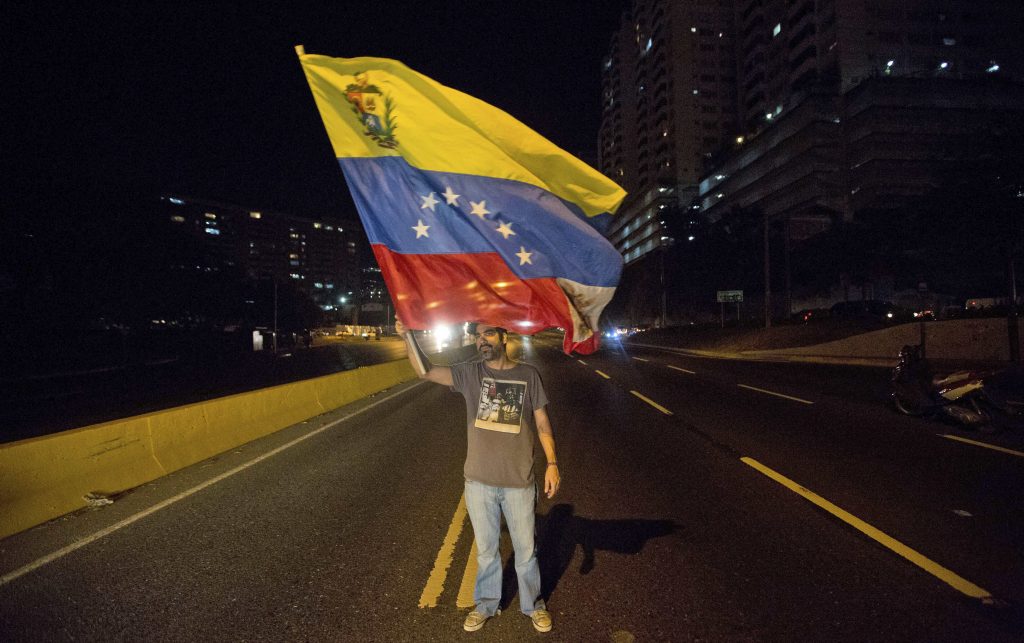 On the instructions of President Nicolás Maduro, Venezuela’s top court on Saturday walked back its attempt to incapacitate the country’s opposition-controlled parliament, following widespread condemnation across the Americas.

Maduro, like the late Hugo Chávez before him, routinely lashes out at criticism from abroad, so Saturday’s reversal appeared to be a rare instance in which international pressure caused Venezuela’s leader to blink.

Maikel Moreno, the president of Venezuela’s highest court, said in a statement that the court had not intended to “undermine” the country’s stability when it essentially stripped lawmakers of their powers this week, accusing them of acting in contempt of prior court rulings.

That ruling brought international criticism raining down, as neighboring countries yanking their ambassadors from Caracas in protest. Appearing surprised at the vehemence of the response, Maduro attempted to characterize the controversy as a dispute between different branches of government and proof of the country’s separation of powers.

In reality, Maduro has loaded the court with loyalists, and the episode seemed to offer further evidence of the degree to which judges abide by his orders. Maduro’s critics say he has used the court as a blunt instrument to block any attempt to check his power or put the country on a different course.

The court’s announcement Saturday came hours after Maduro convened a midnight meeting of his national security council. He told the court to revise its previous decision stripping lawmakers of their powers, declaring “the controversy has been overcome.”

Saturday’s ruling reinstated the National Assembly’s legislative powers, but it was not a complete reversal. It grants Maduro new powers to enter into joint-venture business investments and oil projects with foreign partners, deals that are supposed to require lawmakers’ approval.

That decision may reveal the true purpose for the attempted power grab. With a nearly $3 billion debt service payment due in less than two weeks and oil prices slumping again, Maduro’s government has been in negotiations for a cash infusion from the Russian state oil company Rosneft, according to Reuters. Saturday’s court ruling means Venezuela’s legislature would have no power to stop such a deal.

The court has systematically blocked Maduro’s opponents from passing new laws for more than a year, and there was no indication in Saturday’s ruling that the judges would relent.

Maduro’s opponents are hardly placated, calling him and his administration a “circus” that reflects a broader erosion of democratic norms and a government drowning from incompetence.

“The grave situation we’re living through in Venezuela remains the same. There is nothing to ‘clarify’ when it comes to respecting the constitution,” said Henrique Capriles, who narrowly lost to Maduro in the 2014 presidential election.

Several thousand demonstrators marched through the streets of Caracas on Saturday, carrying placards that read “No More Dictatorship.” Their path to the offices of Venezuela’s ombudsman was blocked by riot police who put up huge metal barriers and fired tear gas.

“They only want to make it look like they reversed their ruling,” National Assembly President Julio Borges said, addressing the crowd of protesters, insisting Maduro had carried out a “coup” against democracy.

Borges made a direct appeal to Venezuela’s military to stand up for the “constitution and their conscience,” to further isolate Maduro.

Maduro has essentially run Venezuela by decree since his United Socialist party lost control of parliament in 2015 amid chronic shortages of food and medicine. Since then, the country’s humanitarian crisis has worsened, but Maduro’s government has not given his opponents an inch.

“The strong and multifaceted reaction seems to have surprised them,” said David Smilde, a Venezuela expert at the Washington Office on Latin America (WOLA). “The government effectively took a step back,” he said, “it demonstrates that international engagement and pressure can have an impact in Venezuela, and that Chavismo (the Chavez-inspire ruling coalition) is not as united as is commonly thought.”

Still, marchers who turned out in the streets seemed to have little faith anything would change.

“I’m sick of protesting, but I’m just as sick of standing in line for hours to find something to eat,” said Julio César Díaz, 69, a Caracas resident who said he struggles to survive on an increasingly worthless pension.

“I voted for this parliament, and this decision violates the constitution and my rights,” said Ignacio Wells, 59, an ophthalmologist. “My patients can’t even find basic things like eyedrops.”