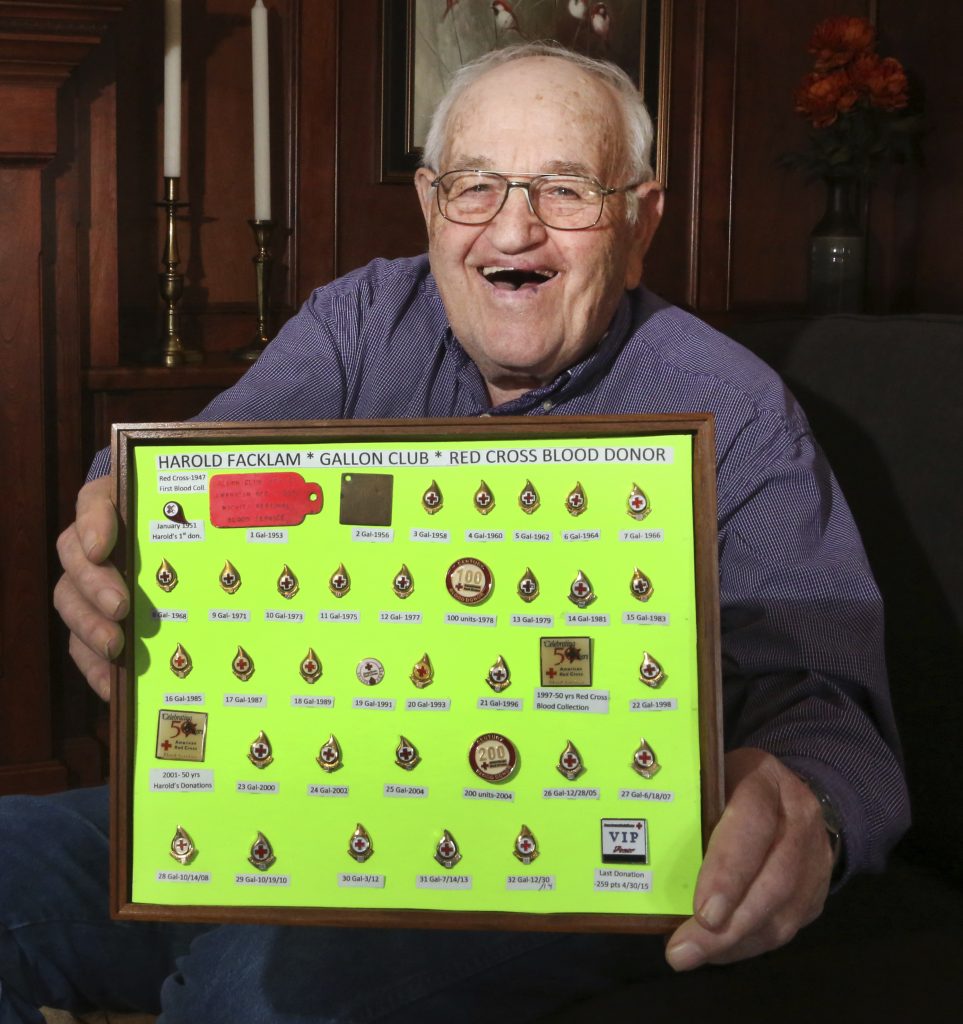 An 87-year-old Kansas man who has donated 32 gallons of blood over more than six decades credits his father for his award-winning generosity.

Harold Facklam Jr. of Topeka recently was recognized by the Kansas Health Care Association and the Kansas Center for Assisted Living for the 259 pints he has donated through the American Red Cross, The Topeka Capital-Journal reported.

Facklam, who donated until health reasons caused him to stop in April 2015, said he doesn’t think about how his donations have affected others or even saved lives.

But he gave a nod to his late father, Harold Facklam Sr., who he said encouraged him to donate when the younger Facklam was almost 21 in 1951. Facklam’s father gave blood for about 11 years, stopping at age 60.

“My father was giving; he certainly had a great influence on me. He was very, so pleased to give and that’s why I started, of course,” Facklam Jr. said.

For years, the younger Facklam sprung to action every time a newspaper or radio announcement said the Red Cross would be in his area accepting blood donations. After each visit to the donor center, Facklam made his next appointment to do it again.

The generosity is running in the family; one of Facklam’s two daughters, a granddaughter and son-in-law have donated blood over the years.