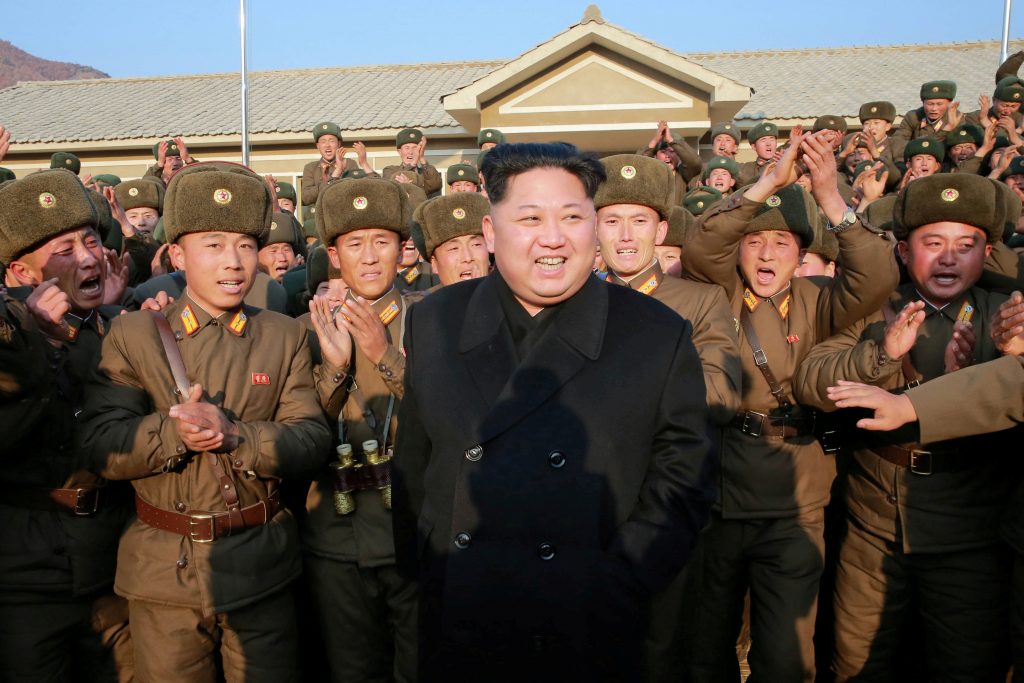 It’s easy to write off Kim Jong Un as a madman. What with the colorful nuclear threats, the gruesome executions of family members, the fact that he’s a self-appointed marshal who’s never served in the military.

Indeed, Sen. John McCain, R-Ariz., did it just this past week, calling Kim “this crazy, fat kid that’s running North Korea.” That came on the heels of a pronouncement from Nikki Haley, the U.S. ambassador to the United Nations, that “we are not dealing with a rational person” in Kim.

It’s a relatively common view. World leaders, military chiefs and Hollywood have all painted him as an unhinged maniac.

But this is not just wrong, North Korea watchers and dictatorship experts say. It also risks dangerous miscalculation.

“North Korea has consistently been treated like a joke, but now the joke has nuclear weapons,” said John Park, director of the Korea Working Group at the Harvard Kennedy School. “If you deem Kim Jong Un to be irrational, then you’re implicitly underestimating him.”

Leaders throughout the centuries have realized it can be advantageous to have your enemies think you’re crazy. Machiavelli once wrote that it can be wise to pretend to be mad, while President Richard Nixon wanted the North Vietnamese to think he was unstable and prone to launch a nuclear attack on a whim.

Writing off Kim Jong Un as a lunatic could equally be playing into his hands.

Exhibit A: “He’s still in power,” said Benjamin Smith, an expert on regime change at the University of Florida. “He and his father and grandfather have stayed in power through a series of American presidents going back to Truman.”

Longevity, of course, is the preserve of dictators, not democrats. Indeed, the 33-year-old has defied predictions that he would not be able to keep a grip on the authoritarian state that has been in his family’s control since 1948. December marked his fifth anniversary in power – a milestone that the democratically elected president in the South did not reach.

In person, Kim is confident and well spoken, said Michael Spavor, a Canadian who runs Paektu Cultural Exchange, which promotes business, sports and tourism with North Korea. Spavor is one of the very few outsiders to have met Kim.

“He was acting very diplomatically and professionally,” said Spavor, who accompanied a basketball player, on his trips to North Korea. “He felt old beyond his years. He could be serious at times and fun at times but by no means did he seem weird or odd.”

Smith pointed out that saying Kim is rational isn’t the same as saying “he’s a perfect guy who makes perfect decisions.”

Kim’s decisions to date have enabled him to achieve his primary goal – so far – of staying in power by staving off threats, real or anticipated, from the elite.

“He has reasons to be afraid of conspiracies in the top levels of his government, especially in the military and secret police,” said Andrei Lankov, a Russian scholar of North Korea who once studied at Kim Il Sung University in Pyongyang. “You can buy these people off, but they can still betray you. You have to terrify them, and that’s what he’s doing.”

Kim has sent a message to the elites who keep him in power through a series of executions and purges that keep everyone fearful that they will be next.

Kim has rid himself of 300-plus officials during his five years at the helm. He notably had his own uncle, Jang Song Thaek, executed for disobeying orders and building his own power base.

Other high-level figures have been killed – a defense minister was reportedly dispatched with antiaircraft fire – or purged. The state security minister is said to be under house arrest.

“What’s irrational about that? Irrational is going to the ICC and surrendering,” Lankov said. A United Nations commission of inquiry has recommended referring Kim to the International Criminal Court for crimes against humanity.

The assassination of Kim Jong Un’s half-brother, Kim Jong Nam, in Malaysia with a chemical weapon was a message to outside rivals that the young leader could hunt them down wherever they are, analysts say.

To deal with threats from “hostile powers,” in North Korean parlance, having nuclear weapons makes sense for Kim, said Kongdan Oh of the Institute for Defense Analyses. “Steadily pursuing nuclear weapons is a very rational thing for him to be doing.”

Kim has ordered three nuclear tests since he took power – claiming that one was a hydrogen bomb – and has overseen steady improvements in the missile program. North Korea has “entered the final stage of preparation” for the test launch of an intercontinental ballistic missile, Kim has said, referring to a missile capable of reaching the U.S. mainland.

North Korea was established in vehement opposition to the American “imperialist aggressors” and their “puppets” in South Korea. So maintaining a sense of threat from both provides a rationale for the state’s existence and a shared menace to unite the elite and the common people.

Then there’s the economy. The fact that it’s growing is a sign that the leadership knows what it’s doing, said Park of Harvard.

“There’s a puzzle here: The regime is getting wealthier amid the increasing implementation of sanctions,” he said.

While the North Korean economy is far from booming, it has been steadily expanding in recent years, as evidenced by all the construction in Pyongyang despite increasingly tight restrictions imposed by the outside world.

It has done this through state-run trading companies that form partnerships with entities in China, enabling them to circumvent sanctions.

“Look at the web of elite North Korean state trading companies. You can’t be irrational or somehow crazy to consistently run this system to either make money off it or procure what you need for the nuclear weapons program,” Park said. “That objectively shows that there is a game plan, and a pretty consistently implemented game plan.”

But being rational is not the same as being predictable, and many analysts say that the youngest Kim appears to be temperamental and hotheaded.

That worries American military leaders. “Combining nuclear warheads with ballistic missile technology in the hands of a volatile leader like Kim Jong Un is a recipe for disaster,” Adm. Harry Harris, the head of Pacific Command, said in December.

There is reason to be concerned about this factor, said Jerrold Post, a psychiatrist who founded the CIA’s personality analysis center and has studied Kim and his father.

Kim’s capacity for brutality and his apparent spontaneity could be compounded by President Donald Trump’s own impulsive acts, he said.

“This is all about big boys and their big toys,” Post said. “Will he actively threaten the U.S.? I tend to think not, but I must say I’m concerned about words leading to actions between him and President Trump.”