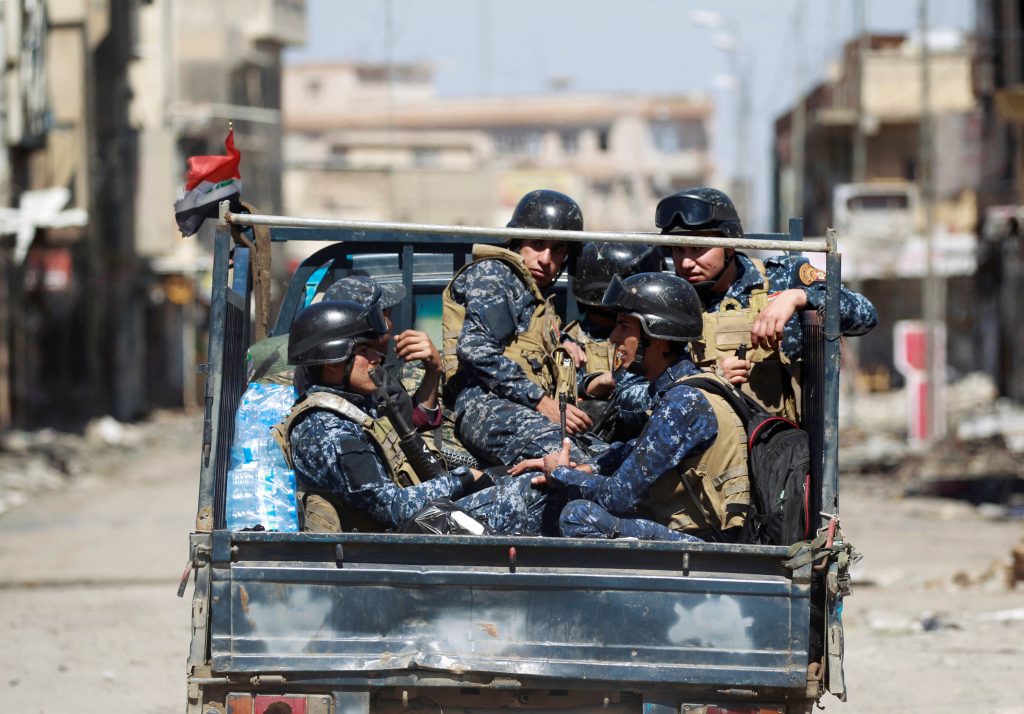 The U.S. military said on Saturday a U.S.-led coalition strike had hit an Islamic State-held area of the Iraqi city of Mosul where residents and officials say dozens of civilians have been killed as result of an air raid.

The incident occurred on March 17 but what exactly happened is still unclear as IS terrorists fight to defend the areas of the city they still control.

Iraqi government forces paused in their push to recapture western Mosul on Saturday because of the high rate of civilian casualties, a security forces spokesman said, a move apparently motivated by the incident.

The United Nations also expressed its profound concern, saying it was “stunned by this terrible loss of life.”

Initial reports from residents and Iraqi officials in the past week said dozens of people had been killed or wounded in Mosul’s al-Jadidah district after airstrikes by Iraqi or U.S.-led coalition forces.

U.S. Central Command, which oversees U.S. military Middle East operations, said on Saturday that a review had determined that the U.S.-led coalition operation, requested by the Iraqi government, had struck Islamic State fighters and equipment “at the location corresponding to allegations of civilian casualties.”

It was investigating to determine the facts and the validity of reports of civilian casualties, it said. It did not specify which coalition nation carried out the strike.

Reports on the numbers of civilian dead and wounded have varied, but Civil Defense chief Brigadier Mohammed Al-Jawari told reporters on Thursday that rescue teams had recovered 40 bodies from collapsed buildings. Many other lay buried in the rubble.

The exact cause of the collapses was not clear but a local lawmaker and two residents said on Thursday the airstrikes may have detonated an IS truck filled with explosives, destroying buildings in the heavily-populated area.

The speaker of the Iraqi Parliament, Salim al-Jabouri, said in a statement: “What’s happening in the west part of Mosul is extremely serious and could not be tolerated under any circumstances.”

Up to 600,000 civilians are still believed to remain in IS-held areas of Mosul, complicating the government offensive tactically but also politically as the Shiite Muslim-led government seeks to avoid alienating people in the mainly Sunni city.

The insurgents have also used civilians as human shields and opened fire on them as they try to escape Islamic State-held neighborhoods, fleeing residents said.

“The recent high death toll among civilians inside the Old City forced us to halt operations to review our plans,” a Federal Police spokesman said on Saturday. “It’s a time for weighing new offensive plans and tactics. No combat operations are to go on.”

The U.S.-backed offensive to drive Islamic State out of Mosul, now in its sixth month, has recaptured the entire eastern side of Mosul and about half of the west.

But advances have stuttered in the last two weeks as fighting enters the narrow alleys of the Old City, home to the al-Nuri mosque where Islamic State leader Abu Bakr al-Baghdadi declared a caliphate spanning large areas of Iraq and Syria in 2014.

“We need to make sure that taking out Daesh [Islamic State] from the Old City will not cost unwanted high casualties among civilians. We need surgical accurate operations to target terrorists without causing collateral damage among residents,” the Federal Police spokesman said.

A U.S. deputy commanding general for the coalition told Reuters on Friday that the solution could lie in a change of tactics. The Iraqi military is assessing opening up another front and isolating the Old City, U.S. Army Brigadier General John Richardson said.

Fleeing residents have described grim living conditions inside IS-held parts of Mosul, saying there was no running water or electricity and no food coming in.

But families are streaming out of the northern city, Iraq’s second largest, in the thousands each day, headed for cold, crowded camps or to stay with relatives. Hunger and fighting are making life unbearable inside.

The Iraqi Observatory for Human Rights said that since the campaign on western Mosul began on Feb. 19, unconfirmed reports said nearly 700 civilians had been killed by government and coalition airstrikes or Islamic State actions.

The militants have used car bombs, snipers and mortar fire to counter the offensive. They have also stationed themselves in homes belonging to Mosul residents to fire at Iraqi troops, often drawing air or artillery strikes that have killed civilians.

The United Nations chief humanitarian official, Lise Grande, said civilians were at extreme risk as the fighting intensified and all sides must do their utmost to avoid such casualties.

“International humanitarian law is clear. Parties to the conflict — all parties – are obliged to do everything possible to protect civilians. This means that combatants cannot use people as human shields and cannot imperil lives through indiscriminate use of firepower,” she said in a statement.