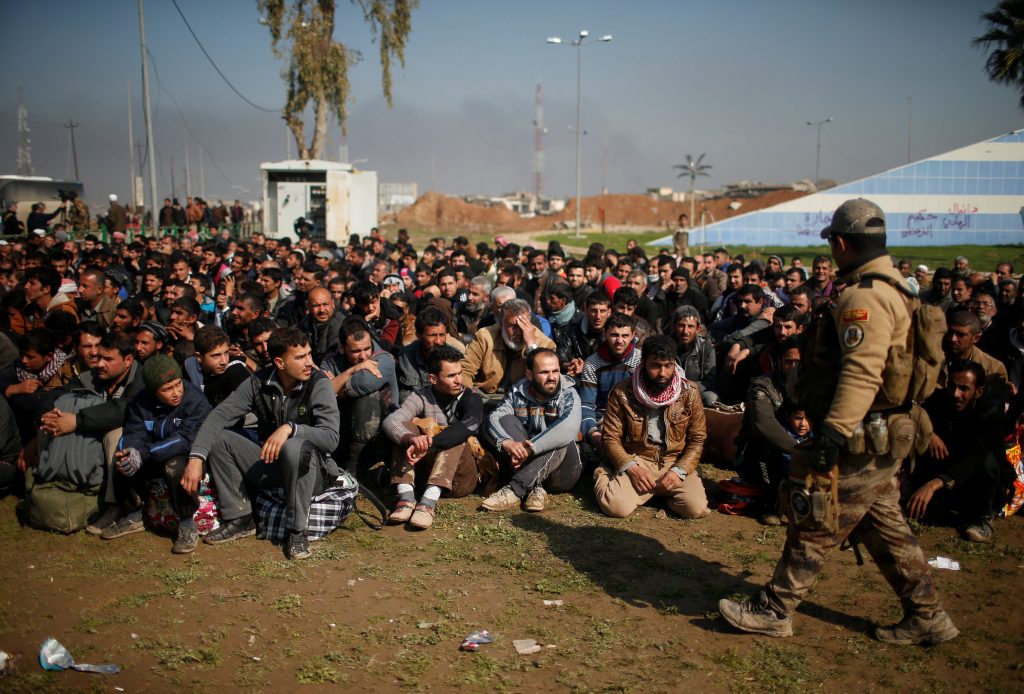 The U.S.-led coalition fighting the Islamic State terror group is investigating reports of an airstrike in a western neighborhood in Mosul, Iraq, that allegedly left more than 100 civilians dead last week, according to a statement given to The Associated Press on Friday.

The suspected high toll underscores the difficulties that Iraqi troops face in the weeks-long fight to route Islamic State from the densely urban part of the city, Iraq’s second-largest.

Residents of the neighborhood known as Mosul Jidideh told an Associated Press team at the scene that scores of residents are believed to have been killed by a pair of airstrikes that hit a cluster of homes in the area earlier this month.

“Over 137 people were inside. The entire neighborhood was fleeing because of missiles that hit, so people were taking refuge here,” said Ahmed Ahmed, one of the residents of the neighborhood.

One airstrike hit the residential area on March 13, followed by a second strike four days later, the residents said. The coalition statement said “multiple allegations” were being investigated.

AP reporters saw at least 50 bodies being recovered from the wreckage of the buildings. A team of Iraqi rescue engineers worked to recover the bodies on Friday, after being prevented from reaching the site for days due to fierce front-line clashes, according to Safaa Saadi Jawad, one of the engineers.

The coalition has “opened a formal civilian casualty credibility assessment on this allegation,” the statement continued, adding that coalition planes “routinely strike” IS targets in this area and that coalition forces “take all reasonable precautions during the planning and execution of airstrikes to reduce the risk of harm to civilians.”

Faced with their toughest fight against IS yet, Iraqi and coalition forces have increasingly turned to airstrikes and artillery to clear and hold territory in western Mosul’s densely populated western neighborhoods.

Civilians, humanitarian and monitoring officials are warning of increased civilian casualties in western Mosul due to the increased reliance on airstrikes and artillery.

The United Nations reported on Thursday that more than 1,000 people have been treated for conflict-related trauma near the front lines since the fight for western Mosul began on February 19th.

Front-line medics say that the vast majority of civilians they treat say they were hit with IS munitions such as mortars and sniper fire. IS has repeatedly targeted civilians trying to flee amid fierce fighting between IS and Iraqi forces.

As Iraqi forces push deeper into Mosul’s old city, humanitarian officials expect civilian casualty rates to spike, as more than 400,000 civilians remain trapped in the city’s west. The Tigris River divides Mosul into a western and an eastern half. The eastern half was declared liberated from IS in January.

The Pentagon, which has yet to release casualty figures from last month’s fighting, has acknowledged 220 civilian deaths from coalition airstrikes in Iraq and Syria since the U.S. campaign against IS began in 2014. Independent monitoring groups such as the London-based Airwars put the casualty figures much higher, at just over 2,700 killed by coalition strikes since 2014.