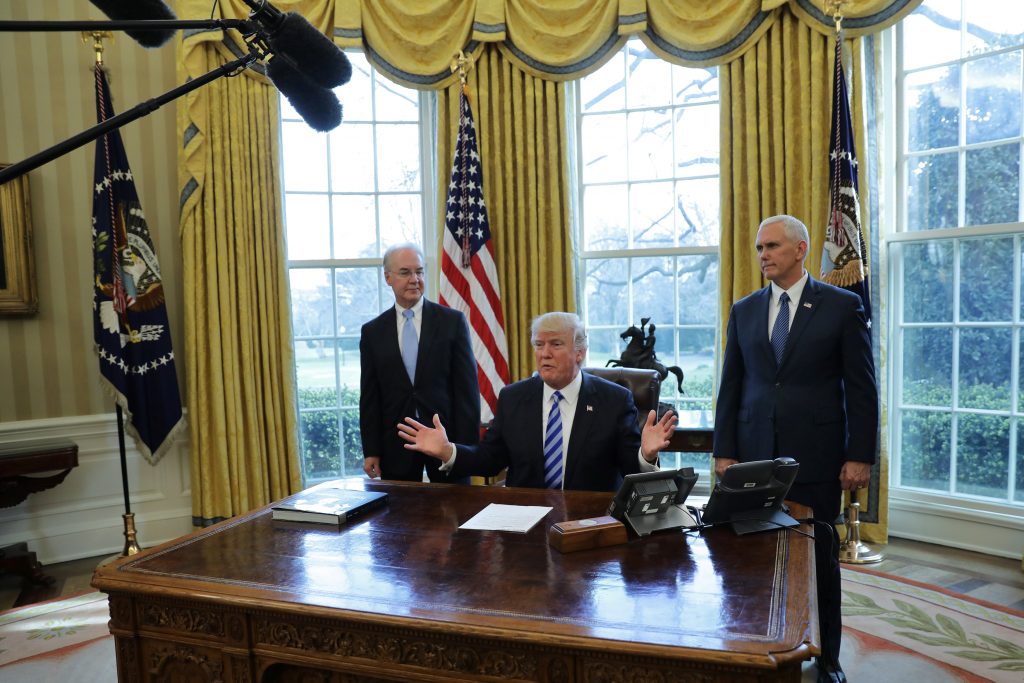 President Donald Trump suffered a stunning political setback on Friday in a Congress controlled by his own party when Republican leaders pulled legislation to overhaul the U.S. healthcare system, a major 2016 election campaign promise of the president and his allies.

House of Representatives leaders yanked the bill after a rebellion by Republican moderates and the party’s most conservative lawmakers left them short of votes, ensuring that President Trump’s first major legislative initiative since taking office on Jan. 20 ended in failure. Democrats were unified against it.

House Republicans had planned a vote on the measure after President Trump late on Thursday cut off negotiations with Republicans who had balked at the plan and issued an ultimatum to vote on Friday, win or lose. But desperate lobbying by the White House and Republican House Speaker Paul Ryan was unable to round up the 216 votes needed for passage.

Neither President Trump nor Ryan indicated any plans to try to tackle healthcare legislation again anytime soon. President Trump said he would turn his attention to getting “big tax cuts” through Congress, another tricky proposition.

Republican supporters said the legislation would achieve their goal of rolling back the government’s “nanny state” role in healthcare. The White House made undoing Obamacare its top priority when President Trump took office two months ago.

But the White House and House leaders were unable to come up with a plan that satisfied the clashing interests of moderates and conservatives, despite President Trump’s vaunted image as a deal maker.

Amid a chaotic scramble for votes, Ryan, who championed the bill, met with President Trump at the White House. Ryan said he recommended that it be withdrawn from the House floor because he did not have the votes to pass it, and President Trump agreed.

“We were just probably anywhere from 10 to 15 votes short,” President Trump said. “With no Democrat support we couldn’t quite get there.”

Democrats said the bill would take away medical insurance from millions of Americans and leave the more-than-$3 trillion U.S. healthcare system in disarray.

And some moderate Republicans opposed the bill because of worries that millions of Americans would be hurt.

“There were things in this bill that I didn’t particularly like,” President Trump added, without specifying what those were, but expressed confidence in Ryan’s leadership.

“Perhaps the best thing that could happen is exactly what happened today, because we’ll end up with a truly great healthcare bill in the future after this mess known as Obamacare explodes,” said President Trump, who had posted multiple tweets throughout March proclaiming that “Obamacare is imploding” and repeatedly saying that Republicans were coming together to pass the bill.

“I will not sugarcoat this. This is a disappointing day for us. Doing big things is hard,” Ryan said at a news conference, adding that his fellow Republicans are experiencing what he called “growing pains,” transitioning from an opposition party to a governing party.

“Obamacare’s the law of the land,” Ryan added. “We’re going to be living with Obamacare for the foreseeable future.”